Note in memo:
In honor of Terry Jumper

As some of you may know, in May 2013 Terry fell while he was at work. At the time, we had no idea what was going on, we only knew that he began stumbling, losing strength, and his right eye had begun to droop. He was hospitalized in the intensive care unit for several days when Terry was diagnosed with Myasthenia Gravis, an autoimmune disease that causes severe muscle weakness and fatigue. The medication he took to help manage this chronic illness eventually caused his kidneys to fail. Now, Terry is on dialysis to help his kidney filter out toxins in his body. This is keeping him alive. Terry’s only chance at long term survival is a kidney transplant and we are hopeful that a transplant is in his near future.

Terry has always been a hard worker—he has been a truck driver for 35 years, and before that worked in construction. He served in the National Guard for 10 years and trained in Germany for a time. We have four wonderful children, Jennifer, T.J., Kyle and Cameron; and eight beautiful grandchildren. It is Terry’s hope that he will live a long and healthy life so that he can continue to watch his grandchildren grow up.

Transplantation is life-saving, but also extremely expensive. Even with insurance, we will still have many out-of-pocket costs, including travel and relocation to UAB for evaluations and tests, doctor visits, co-pays, and the costly medications Terry has to take for the rest of his life. All of this represents a challenge we cannot meet without your help.

To help offset such expenses, a fundraising campaign in Terry’s honor has been established with HelpHOPELive. To make a tax-deductible donation to, click Donate Now.

Thank you for your support and generosity. God Bless.

Terry laid down his dialysis 3 weeks ago today…..I am so terribly lost but he fought so hard we want to thank each and every one for each and every thing they did we love all of you

He’S worse than we thought…..no going in the leg….no guarantee he can fix valves….have to be opened heart surgery…..may take 3 MO to a year to get full recovery if any…..any other 55 year old with Just heart valve problems like he has a much better chance he’s got myasthenia kidney failure and dialysis against him plus the heart damage he already has and it will be next Friday before he can do it

Saw cardiologists have appointment Wednesday the 23rd for a heart cath and we have a match!!!!

Well….here it is…..came away with disappointment…Jenn got a couple minor issues…won’t know match status til next week….Pops….has cardiac issues….leaking valve(S)….partial non-functioning section of heart….calcium issues in arteries near kidneys where clamping of arteries during transplant could be problematic….cardiology appointment coming up to see if…meds…surgery…or if anything can be done…possible cath?…and if anything can be done to correct….still possibility of transplant …but if ? Will probably be a while…summer? Who knows…..may get further workup at home but any procedures if needed will most likely be performed in Birmingham…and he has a hernia.

We will be traveling with our hopeful donor Jennifer MartinDale this week to Birmingham for a couple days stay….rigorous.Labs and testing for both of them quite a Drive tiring for Terry I know….and costly some may not think it would take very much in funds…. But we would appreciate any help we can get…

Have a potential donor….Daughter Jennifer Martindale….testing on Feb. 11….probably a few days after for results!!!

We have a potential Donor…daughter Jennifer ….testing upcoming!!!!

Traveled to UAB Birmingham Dec. 1st….3600 on kidney waiting there…4,+ years for deceased donor….in the case of living donor..3 months….can register at Jackson, Ms. or Mphs. Tn. or Vandy-Nashville to lessen that gap.waiting to hear from UAB concerning further tests….

Praying for amazing results in this endeavor Jennifer, anything I can help to help just ask,

Note in memo:
In honor of Terry Jumper 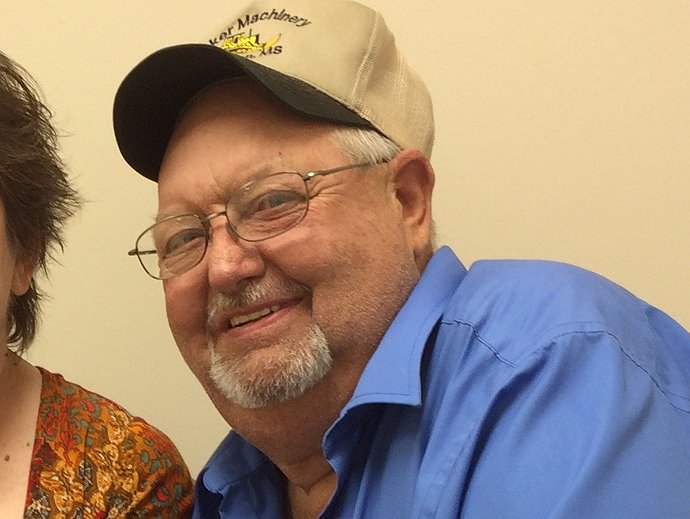