Note in memo:
In honor of Trey Wehrum

John Wehrum III, better known as Trey, is a good friend who has struggled with cystic fibrosis (CF) for 45 years. His brother Kyle who also suffered from CF received a double lung transplant approximately 5 years ago. Sadly he passed away on November 16th, 2015 after complications from an infection. His other brother Kasey, at 40, also faces CF. Trey knows all too well what he is up against.

Trey, also a Chaminade graduate, class of ’88, is happily married to his wife, Patricia, and they have 10-year-old twins, a son Cody (#23 in the picture below) and a daughter, Mackenzie. He is a civil engineer with Extensis IV Corporation and was able to work in some capacity until recently when his illness prevented it. Trey had to take a leave of absence to begin the transplant process.

Trey is the type of person who spent his life being as productive in the community as possible as a volunteer fireman at the Garden City Fire Department for 15 years and coaching lacrosse, football and soccer in Garden City, NY at the youth level for the past 20 years. But he was at a stage of the disease where his energy wouldn’t last very long and oxygen was required 24 hours a day. Fortunately, he received his double-lung transplant on January 20, 2016 at Duke University Hospital! For the moment at least, he is recovering reasonable well, although he is still in the hospital nearly two months after surgery.

Trey’s focus now is building his strength while we focus on helping to alleviate some of his financial stress. Even with insurance, he will have to pay for many transplant-related expenses out-of-pocket such as travel to and from the center, relocation to a hotel during surgery and post-op during recovery, copays and post-transplant anti-rejection medications he will need to take for the rest of his life.

To help with the financial burden of Trey’s uninsured expenses, a fundraising campaign in his honor has been established with HelpHOPELive, a trusted nonprofit organization that has been providing community-based fundraising guidance to patients and their families for more than 30 years. All donations are tax-deductible, are held by HelpHOPELive in the New York Lung Transplant Fund, and are administered by HelpHOPELive for transplant-related expenses only. Please, consider a contribution.

If we all work together we can make Trey’s prospects for the future much brighter. Thank you in advance for any help you can give.

Trey with Cody and Mackenzie & brothers Brady, Kyle and Kasey

Hello Trey,
I knew your parents in high school and send my best wishes for a full recovery.

Your dad and I worked on MCSF together. I'm also a Marine and Chaminade Flyer - class of '65. Best wishes for excellent health and happiness.

Trey - Best of luck to a fellow Flyer. You are in my prayers. Chuck Mansfield informed me and I was heartened to see words written by my friend Dan Purcell. We don't know each other but I can tell you have great people around you. God Bless and keep up the fight. Fortes in Unitate.

Oh my god Trey! I have been looking for you and knew from our last communication that something wasn't right. I have been trying to reach you ever since. It is only by google search that I found this. Our prayers are with you. I wish you had told us - we would have supported you long ago.

Trey - we are all pulling for you here at PS&S and we wish you and your family all the best in your recovery!

Good luck in your treatment, Trey.

You and your amazing family are in our thoughts and prayers.

Trey,
Wishing you all the luck in the world and you are in our prayers.
Stay Strong,

Hi Trey,
It's been forever but so many fond memories between our families. Keep fighting!! Sending love your way!!!

Wishing you the best, Trey! I always recall our first baseball team, the Beavers, and practicing in the open lot next to your house. Please send me a DM via Facebook once you get settled in Durham. I've lived here for the past 25+ years and would love to help you and your family out with rides, meals, etc ... while you are under care at Duke. Good luck!

Good luck!!
you will be in our prayers

Kevin Grace (friend of Brady's and a CF father )

Trey,
Wishing you all the best for a successful transplant. Our family will be praying for you and your family.
May God's love overshadow you
At this time you feel unwell
And know we're thinking of you
And praying for your good health

Best of luck, Trey! Someone recently posted on Facebook about the strong bonds so many of us from St. Joes formed and the lasting friendships that endured. It's so true! I'm praying for you, your family and a healthy recovery.

Trey,
We are saying prayers for you and your family, and wish for a most successful transplant.
Best of Luck!

Cystic fibrosis is a deadly genetic disease that damages the lungs and digestive system. The Wehrum brothers, three of whom were diagnosed with cystic fibrosis at birth, face the realities of this disease every day but have never let it define them. Instead, they always preferred to focus on more important things – family, friends, community, and the importance of doing for others. In short, the things that really matter in life. Unfortunately, the Wehrum family lost a brother recently, as Kyle Wehrum succumbed to the disease on November 15th.

In the midst of their heartache, the family now faces another challenge. Trey Wehrum, the oldest brother, has reached a critical stage in his battle with cystic fibrosis, which brings him to Duke University Medical Center in North Carolina where he will undergo a major medical procedure. Trey, a father of two 10-year old children, has spent his life helping others and has been a longtime volunteer coach for Garden City youth lacrosse and football. Please give what you can. Thank you.

Note in memo:
In honor of Trey Wehrum 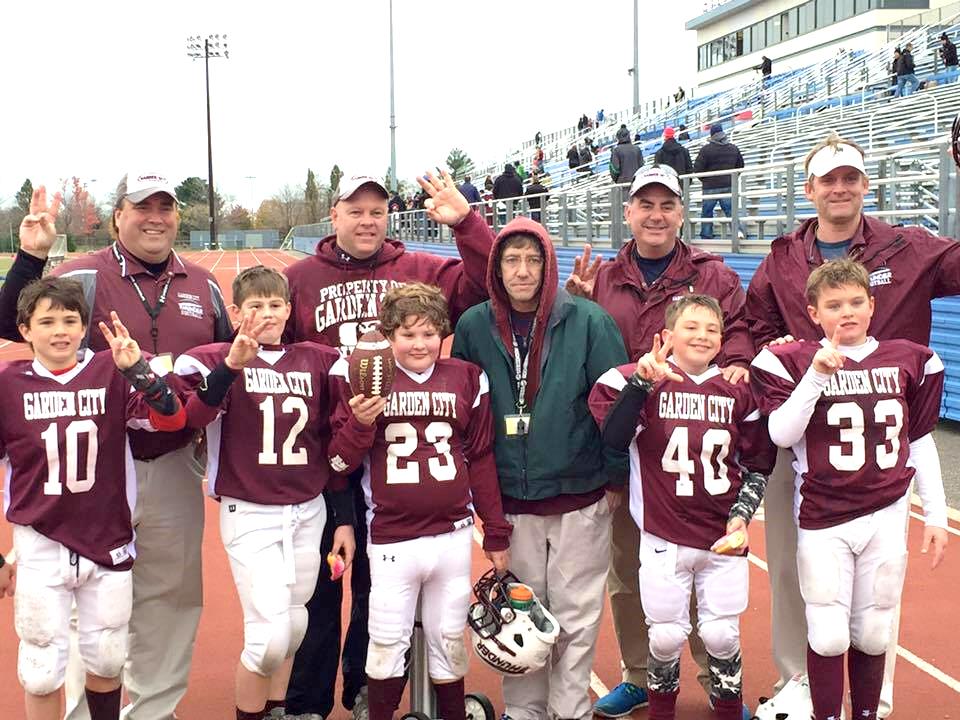