Note in memo:
In honor of Charles Carpenter

My Dad Needs Your Help!

In July 2009, my Dad, Charles Carpenter, received a lifesaving lung transplant at the age of 64. He battled COPD (chronic obstructive pulmonary disease) and emphysema for years and came very close to losing that battle.

Dad is required to take two immunosuppression medications daily so his body will not reject his new lung. This medication is keeping him alive. However, since he had the transplant 3.5 months prior to his 65th birthday, meaning he was not able to receive Medicare at the time, two drugs, Prograf and Myfortic, were not covered.

The hospital where Dad received his transplant, Tampa General Hospital Lung Clinic, put him in touch with two foundations that have generously paid for these drugs for the past six and a half years. This has helped him out tremendously as they are extremely expensive. Unfortunately, at the end of 2015, he was notified that the foundation would no longer pay for Prograf for anyone. Dad doesn’t have drug insurance (which would not cover this medication anyway), Medicare won’t pay for it because he was 3 months short of turning 65 at the time of his transplant, and he has exhausted his savings. Prograf alone will cost him approximately $685.00 per month. This, in addition to another medication costing $475+/every 90 days, must be paid out-of-pocket making them unaffordable under his fixed income.

To help with the financial burden of Dad’s uninsured expenses, a fundraising campaign in his honor has been established with HelpHOPELive a nonprofit organization that has been providing community-based fundraising guidance to patients and their families for more than 30 years. All donations are tax deductible, are held by HelpHOPELive in the Southeast Lung Transplant Fund, and are administered by HelpHOPELive for transplant-related expenses only. Please, consider making a contribution in his name.

My Dad became a grandfather 2 years ago and it is our hope that he is able to be here to watch Brennan grow up and spend as much time with him as he can. Our family appreciates your prayers, support and generosity. Please keep an eye on this HelpHOPELive campaign page as we will be planning some fundraising events soon and posting updates regularly.

To all who have donated, I can only say
THANK YOU.

Charlie: Hope the donation helps in your effort to get the needed medications.

Hey neighbor, we love seeing you out with the doggies every evening. Please accept our love and support for continued health!

Hi Charlie...keep the good spirit. Not only does your family need you but so does Bailey. You and he are bright lights foe me at Mease C/S on Fridays. You are in my prayers.

Hey, Buddy! Hang in there! I will see you at the gym!

Note in memo:
In honor of Charles Carpenter 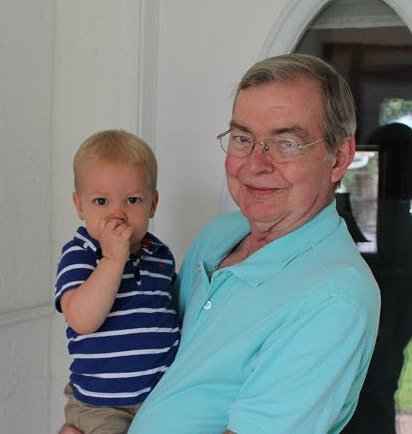 COVID-19 Updates: Click for details about our increased fundraising support for campaigns, including eCheck donations.