Note in memo:
In honor of Dave O. Henkel

Most of you know that my brother Dave Henkel has been battling a debilitating disease called Chronic Inflammatory Demyelinating Polyneuropathy (CIDP) for the last few years. It is a disease that has made it difficult or impossible to perform many daily tasks, left him unable to do many of the things he enjoys, and made him unable to work. He has been in and out of the hospital countless times, needs to go to Froedert Hospital in Milwaukee twice a week, and just finished his 142nd treatment for CIDP. None of the treatments have been able to cure him and at best, they have merely stopped him from becoming sicker. After many months of tests and evaluations, Dave has been approved for a stem cell transplant at Northwestern University. This is his best hope for a cure.

Through all of this, Dave has never given up. Dave has always been the friend you could call on any time and has always been willing to lend a hand. He is the most loving and caring person I know, and gives the best hugs. Now, he needs our help. This stem cell treatment is a process that will take several months and involve a great deal of travel back and forth from Wisconsin. Recovery will take at least two years, and with Dave’s other medical issues, may take longer.

The therapy is only partially covered by insurance. He needs to make an initial $2,500 deposit in order to schedule the treatment and he’ll have many other out-of-pocket costs, including co-pays, deductibles, medical equipment, and the costly medications he will have to take during and after the procedure. All of this presents a challenge Dave cannot meet without our support.

To help offset these expenses, a fundraising campaign in Dave’s honor has been established with HelpHOPELive, a trusted nonprofit organization that has been providing community-based fundraising guidance to patients and their families for more than 30 years. All donations are tax-deductible, are held by HelpHOPELive in the North-Central Stem Cell Transplant Fund, and are administered by HelpHOPELive for transplant-related expenses only. If you would like to make a contribution:

For credit card contributions, please call 800.642.8399 or select the “Donate Now” button on this page OR

Note in memo section:
In honor of Dave O. Henkel

Thank you in advance for your generosity and support.

Hi Everyone! Happy Friday :) And a happy Friday indeed - I have an update on my brother Dave. Yesterday he was admitted to the hospital to begin his stem cell transplant. He'll have about 5 days of chemo, and then he gets his stem cells back. After that, we wait - he'll be in the hospital an additional 10 days or so while they keep an eye on him. It's been a long journey, particularly for Dave, but we're all so thankful the transplant is finally beginning.

Also, we wanted to thank all of you who donated to Dave's transplant fund - it's another reminder that we're not in this alone. Lastly, thanks to all for their love and positive thoughts through the past several years.

Dave's first day of chemo went well! The rest of the week is full of infusion treatments and then on Saturday he starts his shots to grow more of his stem cells....

Hi Everyone - It's been awhile since we've posted anything to Dave's page. That's because he's been going through a lot of medical issues and has been in and out of the hospital.

But great news - Dave is back on track and is entering the final phase before he gets his stem cell transplant. For the next two weeks Dave will be at Northwestern Hospital (in Chicago) to begin mobilization. This involves Dave getting a big does of chemo and then giving himself shots to grow stem cells. At the end of the two weeks, he'll go back to the hospital and have his stem cells harvested. If all goes well in the next few weeks, he will return to Chicago in February and start the process to have his stem cells returned to him. Then it's a waiting game to see how he responds to treatment....

I realize it's after the holidays, and money is tight for a lot of people. But if you are able to, we'd appreciate any donations towards Dave's HelpHopeLive fund. Staying in Chicago for two weeks is going to be expensive, so any help we can get will be greatly appreciated. Thanks for reading....

Yardarm Bar & Grill, 920 Erie St., Racine, WI - 11 a.m.-10 p.m. Thursday, Aug. 25. Ten percent of total sales will be donated to HelpHopeLive in honor of Henkel to help pay for stem cell transplant-related expenses. Henkel, 52, has been battling a debilitating disease called Chronic Inflammatory Demyelinating Polyneuropathy (CIDP) for the last few years. CIDP is an autoimmune disease that attacks myelin (protective sheathing on nerve fibers) and leads to progressive weakness and impaired sensory nerve function throughout the body. It is a disease that has robbed Henkel of his ability to work or take care of himself. He has been in and out of the hospital countless times, and none of the treatments have been able to cure Henkel. At best, they have merely stopped him from becoming more ill. Henkel has been approved for a stem cell transplant at Northwestern University. This is his best hope for a cure. People who cannot make it to the fundraiser can make a donation to Henkel at helphopelive.org/campaign/10520. For more information, call Yardarm at 262-633-8270.

For those of you who didn't see the post on Facebook from a few weeks ago, Dave's stem cell transplant has been put on hold. During some pre-testing they discovered that he has a broken and abscessed tooth that needs to be taken care of. Also, they discovered some spots on his chest during an xray, and he will need to see an infectious diseases specialist along with a pulmonary doctor at the end of the month. Depending upon what happens with those appointments, Northwestern will be able to tell us when Dave can get back on track with his transplant.

Because of these unanticipated delays, additional medical treatments, and extra trips to Chicago, we're once again putting out the word to ask for donations.... Thank you so much, the Henkels

A quick update on Dave - it looks like he may be able to stay on schedule for his stem cell transplant after all. He'll be undergoing some tests on Thursday, and if all goes well, will be admitted for the start of mobilization (where he gets his body to grow extra stem cells).

Another update for my brother Dave:

Bad news: Dave's stem cell transplant has been postponed. The reason for this is that they want to find out what's going on with his back first and to find out why he's gotten sicker. They told him that if they did the stem cell treatment now, they may not know if it's working because of his back. The doctors decided that Dave’s symptoms need to be figured out before they move forward with the transplant. The good news is that they haven't cancelled it - just postponed it.

So what's going on now? Dave went for more x-rays and today (May 18th) will meet with a(nother) neurosurgeon. We're hoping that this doctor will be able to help him and give him some hope. Our brother Doug (from CA) is staying with him, helping out and keeping him company.

He's had a rough time down in Chicago (he smashed his foot too) - I'm sure he'd appreciate some positive posts to his Facebook page at www.facebook.com

My brother Dave asked me to post an update for him...

Over the last several weeks, Dave's been in really rough shape. His most recent MRI shows he has several ruptured disks and severe problems in other parts of his lower back that are causing severe pain. He's also having a CIDP attack, which means the symptoms that he experiences on a daily basis have gotten worse. He's unable to use his hands and is having a lot of trouble walking and is in extreme pain. He's going to be getting some extra treatments in up at Freodert hospital before he heads down to Chicago/Northwestern next week for more tests. These tests will try to determine why he's sicker than usual, and will also make sure his body is ready for stem cell treatment.

If all goes well, he'll start his stem cell process later this month. I'll keep everyone posted on how he's doing....

Dave will be starting his treatment in mid-May, with several visits to Northwestern. Thank you to those who have donated so far, as it has helped pay for some of his pre-treatment costs. Dave is in tremendous pain, and knowing people are thinking about him helps.

We still have a long road ahead, and so if you are able to donate, please consider doing so.

(Please read Dave's story in the lower-right part of this page if you don't know what he's been through.) Thanks to those who have donated. It enabled Dave to get a used electric scooter, which is giving him some independence. If you haven't donated, but can, please consider giving as a birthday gift - we still are looking for help. One of his medicines is costing $1100 alone. Thank you from all of us.

I am a friend of your brother Doug. Sending good healing thoughts and best wishes for relief from pain and a full recovery. jen

dave - Real sorry to hear about your condition. Keep up the faith! Jimmy V said " don't give up… Don't ever give up "
"The FIB " Jim Kondrad

Wishing you the best of luck, Dave --- continuing to send positive thoughts and prayers your way!!

Hang in there Dave! We're thinking about you!

Dave - my wife Cathy and I wish you all the best. I am a friend of your brother Doug. Good luck.

Many prayers for your comfort and healing. We understand first hand how devastating health issues are. Keep the faith.

Lord, I lift David up to You and pray for healing. I pray for Your guidance as the doctors perform these treatments on David and I will give You all the glory for answering my prayer. In Jesus name. Amen

I am happy to help you reach your goal. Stay strong!

Larry, and Suzette, You know my dad though the world of the two of you, and would have been honored to try to help Dave. I do this In his honor, and PRAY this little bit will help him to relieve his pain.

It isn't much in the grand scheme of things but I hope it helps. You also have my prayers.

Note in memo:
In honor of Dave O. Henkel 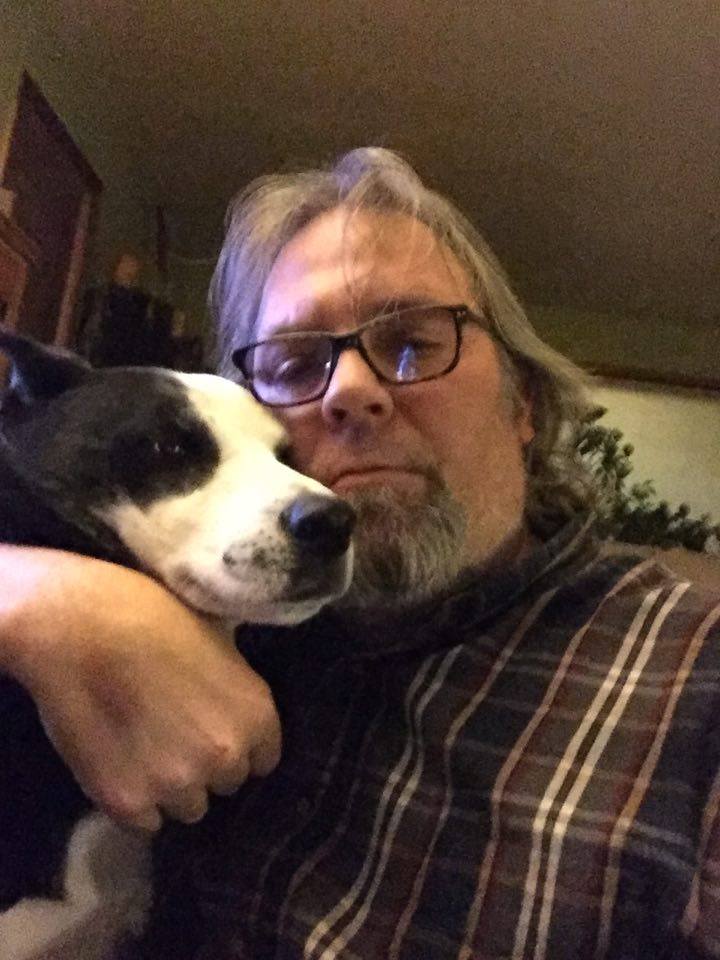