Note in memo:
In honor of Dakota (Cody) Edsitty

In December 2015, my son Dakota, also known as Cody was unexpectedly hospitalized. He woke up with double vision and wasn’t able to walk independently due to balance issues associated with his vision and head pain. At the hospital they performed a CT scan, which alarmed the doctors because there was a mass the size of a golf ball located on the right parietal side of his brain. The pediatrician thought it was best to get him air lifted to the nearest pediatric neuro-surgeon because they had no idea what they were dealing with.

Upon arrival at Phoenix Children’s hospital, Cody was disoriented and was in major pain from his head and his eyes were sensitive to light. They attempted to do a MRI that night, however it was unsuccessful due to Cody not being able to keep still during the scan. So they admitted him to ICU to stabilize his pain and wanted to re-do the MRI in the morning under sedation.

The next morning they took him bright in early to have his MRI done and after the scan the doctors wanted a spinal tap. This was his second day in ICU and we had no answers to what was going on with Cody. At this point Cody was very agitated, he was getting pain relief however was NPO’d (nothing by mouth) and was on complete bed rest. All Cody wanted was to take a shower and eat a meal.

The next morning the doctors still could not tell us what was going on with Cody. I did see the huge shaded area the Doctors talked about in the MRI which was explained to me as inflamed tissue with two pockets under the inflamed tissue.

Cody now had several sets of doctors on his case, we were getting daily visits from the ICU doctors, Infection disease doctors, Internist, Neurology, and the Neuro surgeons. There were over 20 doctors and no one could tell us exactly what was wrong with our son. At this point they did several MRIs, CT scan, PET scan, Spinal tap, blood draws, cultures, and then it was a waiting game.

I remember at that point I was hoping it was something like West Nile Virus because at least it was curable. But all the viral test and cultures were negative. Infectious disease doctors were off Cody’s case. I remember seeing a neuro-surgeon walking by Cody’s room, peeking inside and looking at Cody, grandma and me….. Sometimes I wonder what he was thinking, and why was he constantly walking by Cody’s room.

The third day in ICU, one of the ICU doctors came into Cody’s room with an Internist and mentioned that a group of doctors sat around a table discussing Cody’s case for two hours and could not come to a conclusion. They then mentioned they wanted to do further tests and do a biopsy of the inflamed tissue. Biopsy meaning drilling a hole in Cody’s skull and removing a piece of his brain to test—I can honestly say I had no more strength in me and I broke down. I remember mentioning it to Cody and he responded that they had to do what they had to do. He is an exceptionally brave kid! I held my son’s hand and prayed and went to social media and asked for prayers for him. I really didn’t want a biopsy done.

Our prayers were answered and minutes later, the neuro surgeon that I saw constantly peeking in Cody’s room came in with his chief neuro surgeon and they answered our prayers. He told us that a biopsy of his brain would be considered a very invasive procedure and they recommended holding off on the biopsy and wait for the rest of the more complex tests (spinal tap & labs) to come back and take the chance in starting IV steroids.

A day after the IV steroids, there was improvement in Cody’s eyes, and the next day, even more improvement. It seemed like the IV steroids were working!! By the 4 day of IV steroids, I had my son back. We would stay up late and watch movies in his room and I would run down stairs to Starbucks to get us late night snacks. Nothing made me happier than to see my son back to himself. Five days of steroids and Cody was discharge, his diagnosis was a demyelinating disease.

This fight was not over, Cody had several follow-ups with Neurologist and ophthalmologist. Our first appointment at his neurologist she pointed out his pocket in his brain-they were in fact lesions, and she pointed out two lesions in his brain and one on his spinal cord. She said it maybe was multiple sclerosis (MS) but for him to be diagnosed with MS he would have to have another relapse. Cody was put on an injectable medication called Copaxone which he administers three times a week. Copaxone reduces the number of relapses in MS patients but does not slow the progression of the disease.

A month later, Cody had his first relapse- he collapsed and had seizure-like convulsions. EEG confirmed he did have a seizure. He was started on seizure medication in February. An MRI also confirmed he had a new lesion on his left side of his brain.

It was official, Cody had multiple sclerosis, which is an auto immune disease—his immune system is attacking the myelin sheaths in his nervous system. When it attacks the myelin sheaths it forms lesions which is what we seen in the MRI scans. Damage to the myelin sheaths can interrupt communication to other nerves which can cause major damage depending on where the damage starts. Multiple sclerosis is also known as a debilitating disease which means over time if more lesions grow, it is possible Cody can suffer from loss of vision, weakness (wheel chair dependent), slurred speech, pain, tingling, etc. Cody has four lesions, he is very fortunate that he hasn’t had any neurologic symptoms other than seizure activity, however he was just diagnosed and has his whole life ahead of him.

About 60 to 70 percent of patients with relapsing remitting Multiple sclerosis progress to secondary progression MS. This is what we want to avoid for Cody, therefore we have reached out to The Division of Immunotherapy and Autoimmune Disease in Chicago. The doctors there have a high success doing hematopoietic stem cell transplant (HSCT) that will give him a new immune system. Studies of this procedure have outstanding results, 5 year post transplant—87% of MS patients go without any relapses which is remarkable. Cody is at the beginning of his disease therefore we want to get him in to see the doctors in Chicago before he has another relapse.

Our goal is to get Cody to Chicago to get evaluated and transplanted. He has worked very hard coping with his disease and the transplant will mean the world to Cody, enabling him to be able to be a normal teenager and also improving his quality of life in the future.

We will need to travel from our home in Arizona to the medical center at Northwestern University in Chicago for this procedure. We are asking for help with relocation costs for lodging and travel as well as out-of-pocket medical expenses.

We have chosen to fundraise with Help Hope Live in part because Help Hope Live assures fiscal accountability of funds raised and tax deductibility to the full extent of the law for donors. Donors can be sure that funds donated will be used only to pay or reimburse medically-related expenses. To make a donation to this fundraising campaign, click on the Donate Now button.

No gift is too small and all gifts are appreciated. Thank you for helping us help our son.

Thank you for the donations coming in!!! Please sign the guest book when you visit this site and please spread the word. We couldn’t do this without all your support and your prayers.

Note in memo:
In honor of Dakota (Cody) Edsitty 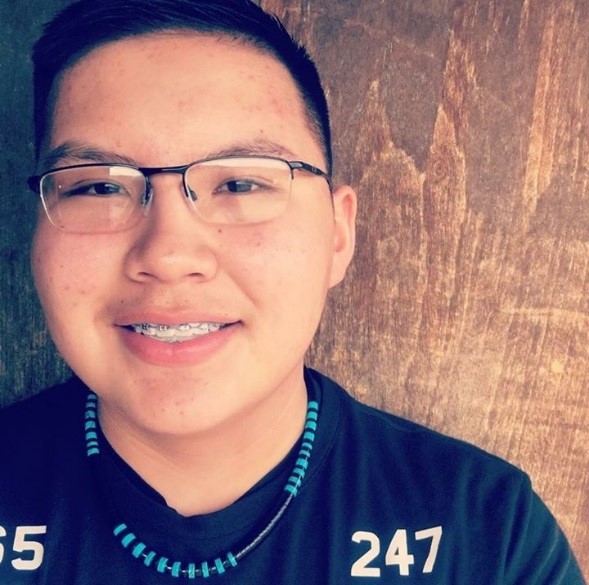