Note in memo:
In honor of Allen West Edgar

Family and friends of Allen West Edgar, AKA Wes are raising money to pay for uninsured medical expenses associated with transplantation.

Wes has chosen to fundraise with HelpHOPELive in part because HelpHOPELive provides both tax-deductibility and fiscal accountability to contributors. Contributors can be sure that funds contributed will be used only to pay or reimburse medically-related expenses. To make a contribution to this fundraising campaign:

Note in memo section:
In Honor of Allen Edgar

Wes received a call from Mayo Clinic in Jacksonville, FL on May 3rd that they had a kidney for him which was also a perfect tissue match (which only happens once a year or so). We arrived at Mayo that night at 3am. We had to wait until late the next night for the operation. His transplant date is May 4, 2013. He is doing great and will be discharged on Wednesday, May 8. We have to stay in Jacksonville, FL for 1 month post-op.

Wes has now been added to the Transplant List at Mayo in Jacksonville, FL. He continues to be taking courses and substitute teaching.

Just want to give an update on Wes. He continues to wait for a transplant. He has been notified by Piedmont Hospital that the wait might be longer than previously thought due to people not donating organs as often. He is doing ok, while struggling with low iron levels. Many weeks he has to go and receive an IV infusion of iron.

He has started substitute teaching in the Mountain Brook school system and is enjoying it. He has also returned to school and is taking coursework toward a master's in education. It will take a while but he tugging away at it.

The next fundraiser at Chuck-e-Cheese will be held on Monday, October 1. Everyone is invited to come after school or evening and enjoy pizza and pay the games. Look forward to seeing you.

The Silent Auction/Concert held yesterday was a huge success. We sold 155 items in the silent auction and had over 300 people in attendance for the concert. The concert was video taped and the selections from the concert will be placed on You Tube. We will announce when that is done. We raised right at $15,000. WOW!!!!!

There are no words that are enough to express our love and gratitude to each individual that helped to make the day the success it was by either working in the planning process or by attending either the silent auction/concert. Wes and his family are very blessed to have the type of friends and church members that are a part of our life. Thank you so much.

Over the last two weeks Wes has had two surgical procedures - inguinal hernia repair and Peritoneal Catheter Manipulation. He is recovering at home and is slowly returning to normal activities.

As of 10/26/11 I was notified by email that I am now listed on the Piedmont Hospital (Atlanta, GA) list. Now the wait begins. I went to Vanderbilt Hospital (Nashville, TN) on 10/27/11 to be evaluated to be on their list. I hope to hear from them the week of Nov. 7th. If listed also there, I will on list in two different regions which add options for receiving a transplant.

I was interviewed for ABC 33/40 for a story being done on dialysis and the patient teaching that leads to the decision of what type of dialysis is best for a patient. It will be airing on Thursday, Nov. 3 at 4:00 p.m. CT on ABC 33/40.

Save The Date - Benefit Concert

On March 4 Wes will be performing in a Benefit Concert at 2:30 p.m. at Vestavia Hills United Methodist Church, with a Silent Auction beginning at 1:00 pm. The concert will be a combination of scared, classical, and broadway music. There will also be a Silent Auction. This is to help with fundraising. He would love to have you attend.

Wes was notified on 11/7/11 by Vanderbilt Hospital that he is now listed on their transplant list also. We now have two different regions we could receive a transplant from.

Members of the Genesis Class at Vestavia Hills United Methodist Church have made mailbox bows in the kelly green for transplants and are selling them for a minimum of $10 donation to Help Hope Live. If interested contact Carol Edgar at [email protected] and she will help you obtain one.

Also Dr. David Sarver's Orthodontist office in Vestavia Hills, AL is donating $100 for every new patient that comes during the month of April. If you are in the Birmingham area please send anyone in need of orthodontic work (adult or youth)to schedule an appointment during April.

We so appreciate the efforts of these people.

On Friday, December 16 Wes went to the ER due to severe pain from what was found to be an inquinal hernia. Peritoneal dialysis fluid had also caused a hydrocele. He was scheduled for surgical repair on Wednesday, Dec 21 but when he got to the OR his potassium level was too high to safely perform surgery. He performed dialysis again that day in hopes of lowering the potassium level significantly in order to have the surgery on Thursday, Dec. 22. He will be out of commission for 1-2 weeks following tihs procedure.

Wes will be holding a vocal concert/silent auction featuring him on March 4 at 2:30 p.m. at Vestavia Hills United Methodist Church. There will be a silent auction which will be held prior to the concert (during morning church and starting again at 1:00p.m.. The auction will end at the beginning of the concert at 2:30p.m. Following the concert there will be a reception and finalizing sales of the silent auction. Tickets are $10 and can be purchased at the door or by contacting me at [email protected] We all hope to see you at the concert.

Hey Wes, I praying for a smooth and swift recovery. I will keep you in my prayers!

Hey Wes, I praying for a smooth and swift recovery. I will keep you in my prayers!

Wes, my mom (Carolyn Chaffin) and I are praying for your full recovery.

Wes,
The Swindalls pray for complete success with this process. We will keep up with your progress. God's protection on you and your family.

Hey Wes,
You know that Joey and I, and the boys all love you and are concerned for you. We are praying for your speedy surgery and recovery!

Wes - Laurie and I will be praying for you. We hope this will be very successful. Please keep us posted on your progress.

I am praying for you! I really hope this works out for you. I made a donation to your fund. I will share it on my facebook page in hopes that friends will donate as well. I hope all is well and I will be keeping you in my thoughts. LOVE

Note in memo:
In honor of Allen West Edgar 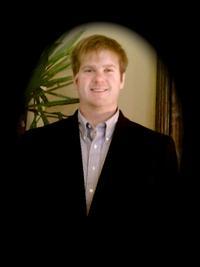