Note in memo:
In honor of Shawn Wilson

WE NEED YOUR HELP

This campaign was originally started in 2016 when my husband Shawn Wilson was diagnosed with End Stage Renal Disease in December 2015. He was on dialysis 3-5 days every week and was listed for a life-saving kidney transplant. Fortunately, I was a match and donated one of my kidneys to him June 2016.

Shawn is a loving husband, wonderful father to my stepdaughter, Hannah (19) who is a college freshman and our son Jackson (15), who is a freshman in high school. He is a, brother, son, cousin, uncle and good friend to many. Originally, he had to take a short leave of absence from work when he was diagnosed so he could adjust to dialysis but then continued to work full time while undergoing dialysis 3-5 days every week. Following the transplant, Shawn was able to be more active with Jackson and Hannah, watching them grow, going on to middle and high school, sending them to college and enjoying a long and healthy life until this year.

Early in 2021 a hernia and pneumonia caused his body to start rejecting the donated kidney. The doctors were able to stop the damage but not before it had caused 40% damage to the donor kidney. Due to COVID Shawn did not work a regular job for almost all of 2020. He was scheduled to start a new job the day the government shut everything down. Because he had not actually reported to the job he was not able to draw unemployment and did not have insurance. Although he is high risk for COVID due to his transplant and diabetes he still needed to help support his family, so he worked delivering take-out meals and groceries throughout the pandemic. When he got sick in early 2021, he was hospitalized three times and incurred medical bills totaling over $200,000. We have always kidded him that if it weren’t for bad luck he’d have no luck at all and 2021 proved that that to be true.

He was finally able to get a new job near the end of 2020 but did not take out insurance because he was already behind on bills and had depleted his small 401K from his previous job during his period of unemployment. The insurance was just too expensive and he needed to pay bills. He planned to take out the insurance in early 2021, but got sick before that happened. He ended up missing over 3 months work from his new job while he was dealing with his health issues and in and out of the hospital.

Just before he got sick we decided to sell our aging home and start construction on a new but smaller home. Our home sold much faster than expected and we ended up moving in with my parents while the new house was under construction. Not long after we moved in with my parents and after his first hospitalization, a bout of COVID hit most of my family and caused us to have to move into his parents RV for six weeks. While in the hospital the second time the treatments completely took down his immune system and if Shawn had contracted COVID it would have likely been a death sentence for him.

The Drs. at Baylor recommended a drug trial that was aimed at ridding his body of the foreign antibodies that were attacking his kidney and would be no cost to him, but unfortunately there was too much damage to the kidney and his creatinine levels were too high for him to be part of the study. The doctors told him it is just a matter of time before the kidney quits functioning and he has to go back on dialysis, therefore needing a new kidney.

As Shawn was starting the process to get back on the transplant list and started preparing to go back on dialysis, our son Jackson had a BMX bicycle accident and broke his jaw in three places, shattered his chin and broke the bone between his nose and upper lip, requiring surgery and having his mouth wired shut. Again, no insurance so we incurred another almost $100,000 in medical bills. We just keep going and try not to let the stress of the medical debt cause additional health problems.

Shawn was able to return to work in August 2021 and get back on insurance, but it was too late to cover his hospital expenses or our son’s expenses. After returning to work Shawn contracted COVID and was out for three weeks. He missed additional work in November and December due to other illnesses. He was put back on the transplant list, but the surgical team told him he needed to lose 25 lbs before they would consider another transplant and they removed him from the list. He applied for disability and was finally approved in January of this year. Since then, he has been able to focus on his health and lose the weight. He was just put back on the transplant list at the end of February 2022. The doctors have told him if he can’t find a living donor he will likely be on dialysis and on the wait list for 5-7 years. His mother is getting tested and hopefully she will be a match.

Shawn just wants to continue to be a full participant in his kid’s life and activities. Having kidney disease and being on dialysis limits his abilities to always be there for his kids and me, putting much of the day-to-day burden of bills and other things on me. Our immediate families help as much as they can but none of them can take on that kind of expenses.

As you can imagine, a transplant is very expensive. Even with insurance there are many expenses that must be covered out of pocket. Out of pocket expenses could easily exceed $25,000 on top of the medical expenses we have already incurred. Some of these are co-pays, deductibles, clinic visits, lab fees, travel to and from the transplant center and Shawn will continue to be on a life-time of expensive anti-rejection medications. The original $9500 that was raised in 2016 helped tremendously in covering these out-of-pocket medical costs for the first transplant, but now that he needs another transplant your support is needed even more.

With all this said Shawn is not only looking for a living donor but any financial assistance anyone can provide.

If you are interested in being tested or evaluated to donate a kidney to Shawn you may apply at any time at www.livingdonordallas.org

To help with the financial burden of Shawn’s uninsured expenses, this fundraising campaign in his honor has been re-activated with Help Hope Live, a trusted nonprofit organization that has been providing community-based fundraising guidance to patients and their families for more than 30 years. All donations are tax deductible to the full extent allowed by law, are held by Help Hope Live in the South-Central Kidney Transplant Fund, and are administered by Help Hope Live for transplant-related expenses only.

To make a donation to this fundraising campaign, click on the GIVE button.

If you would like to get involved with fundraising in honor of Shawn or if you have any questions, please feel free to contact me. On behalf of Shawn, Jackson, Hannah and our family, thank you for your kindness, generosity, support and prayers.

The original campaign was updated above.

Shawn had his transplant in June and is doing great. Both he and Monica have returned to work and family life has gotten back to somewhat normal. Shawn has had a few minor set backs with a blood clot and now blood too thick but other than that the new kidney is working well and he has his life back. He is back to spending time with his kids rather than sitting at a dialysis center. He will be coaching his son's basketball team starting in December. He would not have had time for that prior to his surgery. Thanks to all who have prayed for him and his family and to all who have contributed to the various fund raisers.

The drawing for the phone raffle was held on the evening of July 1st. The winner was Stephanie Luhm.

Shawn received his transplanted kidney from Monica on June 28th. According to the surgeons the surgery could not have gone any better. The donated kidney started working right away and both were able to go home from the hospital on Friday July 1st. Thank you all for your thoughts, prayers and support. It means the world to our family.

Monica and Shawn I'm always praying for you both! If you need anything please just ask! Much love!

Shawn, we are all thinking of you and have nothing but positive vibes to send you. You have such a previous family and know they are a wonderful help. We are excited for your future following this transplant.

Note in memo:
In honor of Shawn Wilson 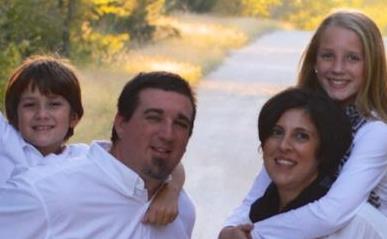