Note in memo:
In honor of Tom Webster

Help Tom get his second wind – a lung transplant!

Three years ago Tom was diagnosed with pulmonary fibrosis. Although some do not believe this illness is hereditary, he has lost his father and a brother to this same disease. Tom has been told that his only chance at a healthy life is to have a lung transplant — he is now on the active lung transplant list at Vanderbilt University Medical Center in Nashville. Tom awaits the call that could give him his independent way of life back.

Tom Webster is 66-years-old and has been very active all his life which makes him an ideal candidate for a lung transplant. He loves playing golf and tennis, reading, traveling and spending time with his family, particularly his two granddaughters. Tom grew up in southern Indiana and in 1968 graduated from Austin HS where he had lettered in cross country, track and basketball. Soon after, hired by Air West, he moved with his wife Dianna (Lykins) to Lancaster, CA and then to Phoenix, AZ where he graduated from Arizona State University in 1979. Over the years, with various airline mergers Tom moved with his wife and two children (Dawn and David) to several states: FL, OH, KY and finally to Nashville, TN where he still lives after retiring from his 36-year airline career.

While most of the transplant costs are covered by insurance, Tom will still have uninsured transplant-related expenses such as: co-pays and deductibles, continued doctor visits and the costly immunosuppressant medications that he will need to take for the rest of his life. These uninsured expenses will be daunting for Tom and his family.

To help with the financial burden of Tom’s uninsured expenses, a fundraising campaign in his honor has been established with Help Hope Live, a trusted nonprofit organization that has been providing community-based fundraising guidance to patients and their families for more than 30 years. All donations are tax deductible to the full extent allowed by law, are held by Help Hope Live in the South-Atlantic Lung Transplant Fund, and are administered by Help Hope Live for transplant-related expenses only. Please consider a contribution today and press the DONATE NOW button.

Thank you for your prayers and support. We will be posting updates on this campaign page, so be sure to stop by periodically to see what is new.

It has been a month since the lung transplant amd I’m improving a little each day. I had a big hump on my back that was filled with blood and from which pain radiated to my fingertips on my right hand. Last week they did my second bronchoscopy and then drained the blood. I can’t say relief was immediate but it was a great help in managing the pain.
I am now able to walk on the treadmill using 3 LPM of supplemental oxygen as opposed to using 20 LPM before the surgery. Of course the ultimate goal is no supplemental oxygen at rest and minimal or none during activity.
I am also happy to report that as of today I will only have blood tests once a week instead of 2-3 times a week and Doctors’ appointments, xrays, and Pulmonary Function Tests every other week instead of weekly. Slow but steady progression works for me.
I want to thank everyone! Your prayers, thoughts and kind words has greatly lifted my spirits and allows me to keep pushing myself to better health. Thank you.

Getting excited. Hope to be released by noon after 16 days.

Looking good for going home today. Transplants are seldom discharged on the weekend but I think they’re desperate to get rid of me and get the party started. Even a medical apartment across the street sounds good after 2 weeks in the hospital. But will I have to make my own coffee?

Just finished about a very slow paced 20 minute walk. Rewarded with coffee. What more can I asked for. May go home tomorrow or Monday. Just received my first blood tranfusion ever. Feeling contented.

My heart goes out to the donor and their family. Someone, whether it be the donor or a family member has made a tough decision that I’m sure everyone in the family did not agree to. Although I’d like to think that such an unselfish act will offer closure and peace within the circle of family and friends, nothing can overcome the loss of a loved one no matter how noble the sacrifice. The recipients families joy is tempered by the knowledge that someone special has passed.

My story is simple. Within the last 3-5 years my health had declined (mainly easily fatigued). Within the last 3 years I was diagnosed with idiopathic pulmonary fibrosis. Idiopathic meaning they had no idea how I got the disease. There is no cure nor treatment. My dad died from this disease in 1993 and a brother in 2013. I really believe it’s genetic and have tried to make family members aware.

Of course u rarely mentioned it to anyone else. It’s kind of a downer for me in conversation. We continued to live our life doing what we enjoy making accommodations as the disease progressed. I had assumed I was too old to qualify for a transplant. In February I mentioned it to the doctor mainly because my wife and daughter kept wanting me to. I still thought I had a year or two left in me if I stayed away from major illness and cold weather. I was referred to the lung transplant center at Vanderbilt University Medical Center and scheduled for a battery of tests for 2 weeks in April which was intended to test my commitment and my families to a transplant as well as the near perfect health required to survive. I didn’t realize I was teetering on the edge.

I am blessed. Somewhere along the path of life I have become totally at peace with any outcome. On June 20th I qualified for a single lung transplant. July 14th and 15th more tests were run and at 10:10 pm on July 15th, just hours after getting home from Vanderbilt, I received The Call. I was told to be there within the hour. We got there at 11 pm to the room. I was taken down to pre op early Saturday morning then back to the room for a little while., then back to pre op Saturday evening at 7:10 pm. I woke up Sunday about 12 noon. I remember walking that afternoon. Monday is hazier as my kidneys were not functioning but the doctors kept trying new methods to make my kidneys function. Also my intestines were crowding my new lung. All the medications I will be taking the rest of my life will be particularly hard on my kidneys. As I write this my kidneys are starting to function, my new lung is starting to expand, and I began retaking the necessary medications I can never live without.

For the next 3 months, I will be living next to Vanderbilt with a family member with me 24/7. I will be tested daily, continue physical rehab 5 days a week, and have bronche studies done to catch rejection. They say the fine tuning of the medications is as much an art form as it is science.

I am blessed with an opportunity to fight for life, with the peace of mind knowing that my friends and family continue to lift my soul in this fight and secure in the knowledge that I’ve already Won! Thank you for your prayers thoughts and kind words!

Lastly, Vanderbilt is blessed with people who care and I have a great appreciation, not only for the doctors, nurses, students, but everyone associated with Vandy.

Note in memo:
In honor of Tom Webster 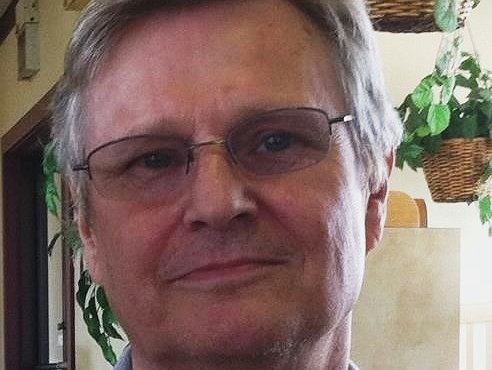