Note in memo:
In honor of Francisco Flores

This afternoon I will have performed a Broncoacopy in order to find the condition of my six months young new lungs. Thanks God I have not have any rejection and I am feeling well. I will keep you all posted.

Last week the three months after surgery bronchoscopy was performed and no rejection was found in the new lungs, thanks God. The medicines have been reduced and some suspended at all which is making me improve in my appetite; I have already started to gain some weight. Bronchoscopies will continue every three to six months and blood test every month, both for the rest of my life. GOD BLESS YOU ALL.

There have been two and a half months since the double lung transplant and the medicines are doing their job by not allowing my body to reject the new lungs; everything but my weight is right. i cannot gain weight and yesterday I reached 131 lb, a record low. My stomach react bad to most foods and I have lost about 70% of my taste. The doctors are saying it should go back to normal as soon as some antibiotics I am taking are removed soon from the "hundreds" of medicines I take every day. Keep your prayers up, they give me strength.

A few days ago I have a scheduled Broncoscopy in order to see with a camera the condition of my new lungs. The results are positive, there are no signs of rejection thanks to God almighty, your thoughts, your players and financial support. Thank you all on behalf of the Flores Crespin family.

This past week the staples were removed and everything looks good. I have lost a lot of weight but I working on it as well as strengthening my body with the rehab everyday.

The lungs are adapting properly and the breathing is slowly getting there, no more supplemental oxygen is necessary and the rehab is helping greatly. The first three months are critical and the doctors are checking the progress very closely.

It has been sixteen days since Francisco had the double lung transplant. This past week he started rehab doing weights and cardiovascular exercises. When he was discharged from then hospital ten days ago he couldn't walk more than a few hundred feet; today he walked almost a mile, twice!

Only fifteen days after being in the waiting list, on July 15 Francisco received a new pair of lungs and he is recuperating fast.

Francisco Flores is only 58 years-old, and is in desperate need of a lifesaving lung transplant. Five years ago, Francisco’s life was thrown into upheaval when he was diagnosed with a progressive medical condition of the lungs known as Idiopathic Pulmonary Fibrosis, or IPF. His condition has quickly deteriorated to the point that a double lung transplant is needed in order to survive. After extensive medical testing, Francisco has been placed on the active waiting list at Vanderbilt Hospital and thanks to the incredible transplant team, Francisco will have new lungs any time now. More than ever, Francisco needs our support because the cost of a transplant is overwhelming, and his medical bills are quickly mounting.

Francisco is one of the kindest and caring people you will ever meet. He worked hard for many years to support his family in the water treatment field. He has been married to his lifelong wife, Nancy and they have three children together, Kevin, Tatiana and Andrea. Francisco spent countless years involved in his church, and many know him from the Saint Rose of Lima Church where he and his family are active members. You may know Francisco from Our Lady of Guadalupe Catholic Church in Nashville, TN where he and his wife Nancy were founding members. They were also members of Saint Edward Church in Nashville for several years, where they were members of the Hispanic Ministry, as well. Perhaps you know Francisco from his school years at Colegio Bautista in El Salvador or Federal University of Paraiba in Brazil.

After many years of helping others, Francisco is now the one who needs our help. Transplantation and follow-up medications and treatments are very expensive. Even with Medicare coverage, Francisco is facing high co-pays and deductibles, travel, meal and lodging fees, clinic visits and post-transplant medications that are needed for the rest of his life. Out-of-pocket costs could top $20,000, and Francisco needs your financial support as he cannot go it alone.

To help with the financial burden of Francisco's uninsured expenses, a fundraising campaign in his honor has been stablished with HelpHOPELive, a trusted nonprofit organization that has been providing community-based fundraising guidance to patients and their families for more than 30 years. All donations are tax deductible, are held by HelpHOPELive in the South-Atlantic Lung Transplant Fund, and are administered by HelpHOPELive for transplant-related expenses only. Please consider a contribution. Francisco has chosen to fundraise with HelpHOPELive in part because HelpHOPELive assures fiscal accountability of funds raised and tax deductibility for donors. Donors can be sure that funds donated will be used only to pay or reimburse medically-related expenses. To make a tax-deductible donation to this fundraising campaign, please click on the yellow DONATE NOW button. For more information, please contact HelpHOPELive at 800.642.8399.

If we all work together we can make Francisco's prospects for the future brighter. His greatest joy is being the best father, husband and person he can be. He is truly looking forward to a normal life without being hooked up to his oxygen canister, and spending more time with his children.

Note in memo:
In honor of Francisco Flores 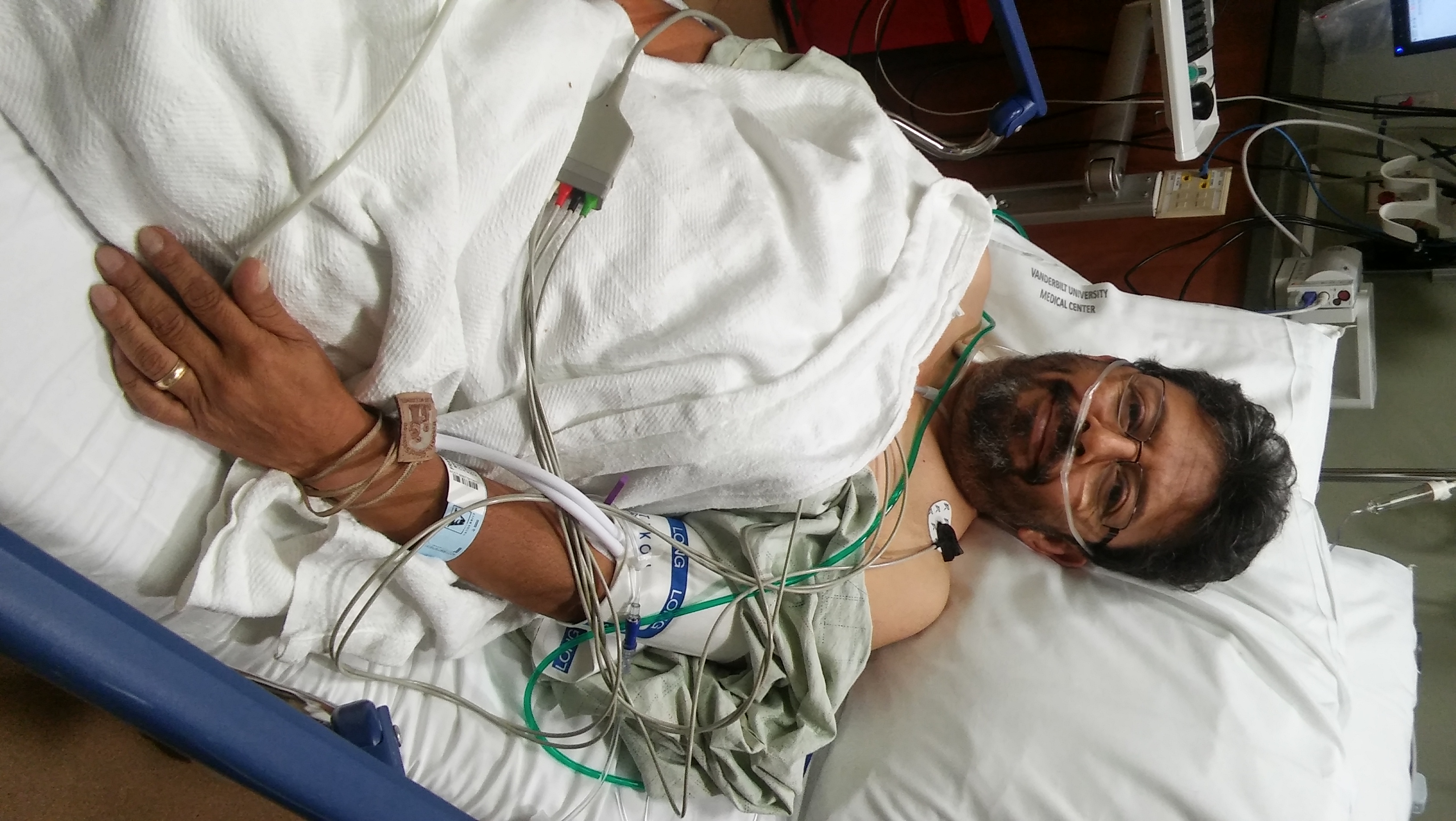