Note in memo:
In honor of Douglass Hubbard

Doug Served Our Nation in Vietnam –
Now He Needs Your Help!

Douglass Hubbard was frequently exposed to toxic Agent Orange during the three years he served as a civilian Special Agent, NCIS, during the Vietnam War. He now has advanced Idiopathic Pulmonary Fibrosis and his only hope for survival is a lifesaving double lung transplant. Because he served as a civilian, he is not eligible for Veterans Administration benefits or support and is paying out-of-pocket for his health insurance and many costs associated with his medical care. Funding a lung transplant is a monumental procedure, and Doug will need your support.

Doug completed a degree in Criminology at Fresno State College before hiring on with NCIS as a Special Agent in 1968. After training, he volunteered for service in Vietnam and was transferred to DaNang in 1969. Most of his work experience was as a field agent in support of Marine Corps combat elements. He later served in the Mekong Delta, and was both the youngest Special Agent assigned to Vietnam and the longest-serving. In the years since, Doug has led a productive life working mainly in the world’s developing nations, Africa particularly. His illness only recently halted his work in West Africa; he is anxious to return and work with the scores of people he has assisted over the years, and hopeful that the transplant can make that possible.

Doug now needs our support as he faces the enormous cost of transplant in a major city, prolonged daily treatments post-transplant, anti-rejection medications, caregiver fees, travel and lodging expenses, loss of income and the high cost of living. Doug will also face a year of convalescence, and be out of work for an extended period of time. These out-of-pocket expenses could easily top $80,000 and Doug cannot afford these on his own.

To help with the financial burden of Doug’s uninsured expenses, a fundraising campaign in his honor has been established with Help Hope Live, a trusted nonprofit organization that has been providing community-based fundraising guidance to patients and their families for more than 30 years. All donations are tax deductible to the full extent allowed by law, are held by Help Hope Live in the Southwest Lung Transplant Fund, and are administered by Help Hope Live for transplant-related expenses only. To make a donation to this fundraising campaign, click on the yellow DONATE NOW button.

Doug needs the support of good-hearted people to see him through this difficult time. Please support him on his road to recovery and life without supplemental oxygen. He thanks each and every contributor with sincere gratitude. 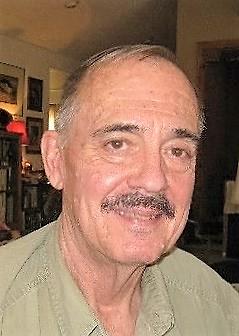 Note in memo:
In honor of Douglass Hubbard