Note in memo:
In honor of David Doles

David Doles is a loving husband, father and grandfather who is in desperate need of a lifesaving liver transplant. David was diagnosed with chronic liver disease and is now in end-stage-liver failure. Without a new liver, David’s condition will continue to deteriorate and his time will quickly run out.

David and his wife Sandra have two boys together, Michael and Justin. They have made their home in Oran, Missouri and David is very active with his local little league, volunteering and fundraising at the Oran and Perkins Fire Departments. An avid outdoorsman, during hunting season you will find David and his whole family in the woods camping, fishing and finding deer. His pride and joy are his two grandchildren, Kinnley and Hunter. More than ever, David wants to see his grandchildren grow and be a part of their lives for as long as the Lord allows.

David worked for many years at the Superior Essex Wire Plant in Sikeston, Missouri. He was a member of International Brotherhood of Electrical Workers Local 1 when the plant announced they would be closing in 2003. David, as well as many other workers were devastated. After the Essex Plant closing David decided to try self-employment, opening a plumbing contracting business, which afforded him time with his boys. It was during this time after the Essex Plant closing that David began to let alcohol dull the disappointments of the changes in his life. The combination of alcohol and a family history of gastro-intestinal disorders led to his severe liver damage.

In 2010, his drinking had reached it limits on David’s body. The toll it had taken on his family almost destroyed what he loved most. Instead of this being an end; it has evolved to a new beginning. During this time, David developed a friendship that would help to change his life. His local pastor befriended David, and in combination with his health scare and the love and support from family and friends, David completely quit drinking. David felt compelled to surrender his life to God, and is now a witness to others that will hopefully save another from the same mistakes.

The cost of a liver transplant is overwhelming, and only a small part of the ongoing and life-long support David will need during and after his liver transplant. Co-pays and deductibles, health insurance, medical testing, travel and lodging fees, a full-time caregiver, and living expenses are quickly adding up. David will require costly, post-transplant anti-rejection medications that will be a continual need for the rest of his life. Your financial support will make a huge difference in David’s life and his future, and give him a second chance that he deserves.

To help with this financial burden, a fundraising campaign in David’s honor has been established with Help Hope Live, a trusted nonprofit organization that has been providing community-based fundraising guidance to patients and their families for more than 30 years. All donations are tax-deductible to the full extent allowed by law, are held by Help Hope Live in the Midwest/West Liver Transplant Fund, and are administered by Help Hope Live for transplant-related expenses only. To make a donation to this fundraising campaign, please click on the yellow DONATE NOW button.

The choice to drink was David’s choice, and the choice to change was also his. David does not blame others for his condition. Alcoholism is a disease and an addiction; as with any addiction the cost is high. David survived a devastating storm in his life and now there is the cleanup after the storm. This is the time for good people to help support and love their neighbor. Thank you ahead of time for your thoughts, prayers and support. Any donation amount, no matter how big or small, is one step closer to a brighter future and new life for David.

David's Liver transplant surgery in December 2017 was successful and although Christmas was spent in the hospital , his family felt so blessed to receive this gift of life for him. After time in ICU in St Louis, David followed up with rehab closer to home. David's kidneys continued to not function properly and he was put on dialysis weekly.

We are so thankful that after a difficult year in 2017 with hospital stays and declining health for David’s liver disease, transplant day has arrived. The call came late Monday November 20th that a donor liver was available.

Surgery was successful and the next days in ICU are critical. Please keep those prayers coming and if possible please make a financial gift to his campaign. The recovery weeks ahead will be a hurdle for the family.

It was a tough year in 2016...David in and out of hospital with issues related to liver disease.

We wait patiently for the call for the liver transplant, keep those prayers coming.

Garage Sale on Oct 22nd was successful in raising couple hundred dollars for the campaign fund. A big thank you to all the sweet neighbors and friends for helping us out at my sisters' home in Texas.

Love you. Prayers for you and your family always.

David,
Many of our neighbors came by for the garage sale and all have said they are lifting you up in prayer. Keep fighting on!
Love you,
Your big sister

I'm glad to hear the positive changes in your life. We will keep you in prayer. Hugs my friend.

Our thoughts and prayers are with you!

David wishing you the very best..you are in our prayers always...

Praying for you and your family.

David we love you and praying every day for you.

Note in memo:
In honor of David Doles 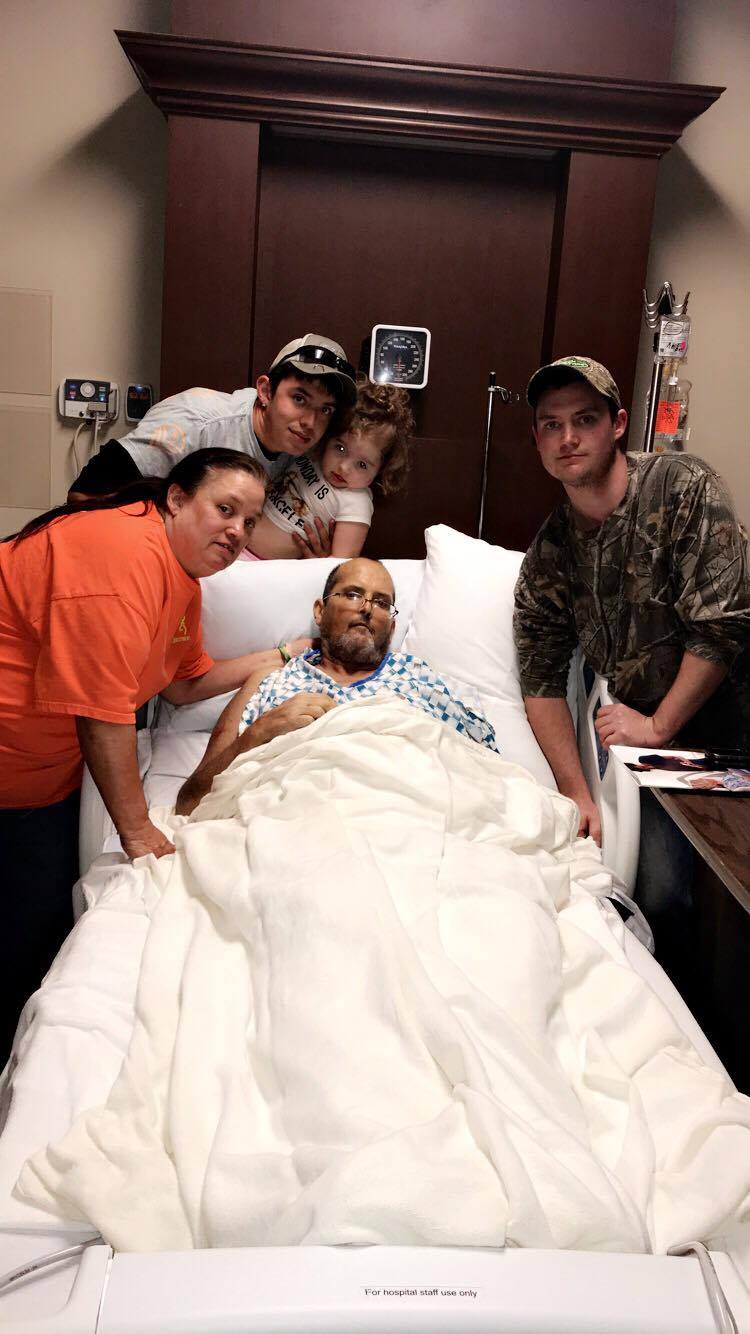