Note in memo:
In honor of Amy Prince

Sixteen years ago, Amy Prince fought a winning battle against cancer– a Non-Hodgkin’s lymphoma that was located in her chest cavity. The battle was tough and the chemotherapy and radiation treatments were nearly lethal to her but she came out on top. Now, a decade and a half later, her heart has shown the long-term effects of the chemo treatment and has multiple points of failure. A heart transplant is her only hope for survival.

Amy grew up in Turner, ME and graduated from Leavitt Area High School. She went on to explore her world via Farmington Maine, Massachusetts, Vermont, California and finally back to Maine. She is engaged to a wonderful partner, Chris Pillsbury and together they have raised two wonderful children into teenagers. Together, Amy and her family are committed to seeing her through this transplant.

Amy is one of the kindest people you’d ever hope to meet with an appetite for laughter like no other. Today is no laughing matter. Transplants are lifesaving but financially draining. Even with insurance there are many expenses that must be covered out of pocket. Some of these are co-pays, deductibles, lab fee, transportation to and from the transplant center and relocation expenses at the time of transplant. In addition, Amy will be on a life-time of expensive anti-rejection medications. This is where your support is desperately needed.

To help offset such expenses, a fundraising campaign in Amy’s honor has been established with Help Hope Live, a trusted nonprofit organization that has been providing community-based fundraising guidance to patients and their families for more than 30 years. All donations are tax-deductible to the full extent allowed by law, are held by Help Hope Live in the Northeast Transplant Fund, and are administered by Help Hope Live for transplant-related expenses only. If you would like to make a contribution, please click the DONATE NOW bar.

Amy has enjoyed the holiday season at home with her family. She’s fully retired from the state and receiving in-home nursing care three nights per week. The rest of her care is taken on by her loving mother and father. Rehab appointments and small outings dot her weekly activities. Otherwise she keeps herself busy in her childhood home with painting, crafts and puzzles.

Amy’s heart birthday– 1 year after the transplant– brings with it the news that she will likely be released from rehabilitation care into a home health situation. Very likely she will be moving back in with Don & Jeanne as they train on her various pressure-support machines. Amy is excited to be getting out of an institution!

Another Thanksgiving in the hospital, another Christmas. Amy continues to do the recovery two-step with ups and downs. Overall her trajectory is forward, but slow.

Amy’s heart transplant happened on March 25, 2017. It was really touch-and-go for awhile, and due to difficulties with internal bleeding, we were afraid that we were going to lose her. The recovery has been arduous, but Amy was able to step-down from Brigham & Women’s to Spaulding Rehabilitation Hospital in the fall of ’17.

After regaining her voice and ability to eat ice chips (Hooray!), Amy was cleared to leave the ICU to a rehabilitation hospital in early December. Gotta get that strength up if she wants to get home!

It’s been a tough road after the LVAD implant. Amy didn’t recover very well immediately post-surgery and had to remain intubated and under sedation for 5 days. After that, her vocal cords were frozen and she remained without voice or ability to swallow for weeks. Tough fight.

On Thursday, October 27 Amy had a beefier LVAD put in. This involved full open-heart surgery to replace the smaller Impella pump (catheter install) in Amy’s heart. The new HeartWare LVAD is functioning well The doctors opted to keep her sedated through Sunday for recovery- she was running a fever. She’s still on breathing tube assistance and the Swan pressure monitor has been moved to the other side of her neck rather than removed.

We’re looking forward to seeing her awake again and feeling stronger as a result of this surgery. For now, watching and waiting.

The Fundraiser Dinner and Concert for Amy put on by a unifed group of Turner folks helped raise over $8,000 for Amy’s fundraising campaign! That’s a lot of insurance premiums, copays, and medications!

It was a great night and a true testament to the heart of this community. Thanks to all who helped organize and all who donated to Amy’s fund.

Amy just received a ventricular assistive device (LVAD). It will serve to create positive pressure in her bloodstream so that her heart does not have to work as hard to circulate the blood on its own.

This was not “open heart surgery”, but an external pump that’s connected to an implanted catheter which runs through the heart. It draws and return blood into her body in place of the heart. Hopefully her blood pressure and pacing will stabilize with this assistance.

Amy’s heart had been having occasional bouts of “racing” but it would usually correct itself after a few moments. This weekend she had several longer bouts with it and her team nearly needed to administer a defibrillator to “reset” the heart’s rhythm. Thankfully, after two hours her heart returned to a normal rhythm but last night they moved Amy to the ICU so keep a closer eye on this condition.

Our fundraising effort is off the ground!

Thank you for visiting this page and considering a donation to ease Amy’s financial burden as she awaits the availability of a matching healthy heart.

Your donation is tax deductible and also doesn’t count as “income” to Amy since it is held in a fund set up by HelpHopeLive and used only as reimbursement funds directly related to her medical care.

If you’re not ready to support her financially, you can always sign the guestbook and offer Amy your words of encouragement.

Amy Prince fought a winning battle against cancer– a non-hodgkins lymphoma located in her chest cavity– 16 years ago. The battle was tough and the chemotherapy and radiation treatments were nearly lethal to her but she came out on top. Now, a decade and a half later, her heart has shown the long-term effects of the chemo treatment and has multiple points of failure. A heart transplant is her only hope for survival.

Amy is one of the kindest people you’d ever hope to meet with an appetite for laughter like no other. Today is no laughing matter. She needs our help. The cost of a transplant can be overwhelming.

Amy grew up in Turner and graduated from Levitt Area High School. She went on to a explore her world via Farmington Maine, Massachusetts, Vermont, California and finally back to Maine. She is engaged to a wonderful partner, Chris Pillsbury and together they have raised two wonderful children into teenagers. Together, Amy and her family are committed to seeing her through this transplant.

Transplants are life saving but financially draining. Even with insurance, Amy is facing very high expenses including relocation for months into Brigham & Women’s Hospital, post-transplant medications of up to $1,200 a month, co-pays, lab fees and more.

To help with the financial burden of Amy’s uninsured expenses, a fundraising campaign in her honor has been established with HelpHOPELive, a trusted nonprofit organization that has been providing community-based fundraising guidance to patients and their families for more than 30 years. All donations are tax deductible, are held by HelpHOPELive in the Transplant Fund, and are administered by HelpHOPELive for transplant-related expenses only. Please consider a contribution.

My Love & Support to you All!

We love you, Amy.

Keeping you in prayers and sending all good wishes for your health!

Amy, your generosity and fighting spirit have always been an inspiration to me. I hope that we can return some of the favor now by inspiring you and helping to send you some of our energy when you need it most. Love from the Emery Family!

Nicole and Stuart, Tom and Dani

You are amazing! I am in awe of your strength every day. Keep on keeping on. Love and hugs

My Amy girl! I miss your little face and big happy flowers in your hair! You've always had a positive aura around you and that is why you're going to kick this in the butt; and with flying colors. Love you bunches, and sending you the biggest MicheSquishes ever!

Dear Amy: You are in my pray's both at home and at Church. I'm sure that the entire Town of Turner is also behind you. You are a very strong person so please just hang in there

It is an honor to meet you (via Elizabeth F and facebook)! Sending prayers and positive thoughts

You got this girl!! The whole community is around you. ❤️❤️

You can win this round, Amy. So many people are assaulting heaven with prayers fir your health!

Amy, you have so much support and prayers coming your way. So glad we worked together and became good friends.

Amy, My thoughts and prayers are with you. The office is not the same without you !

You are in our thoughts and prayers daily, Amy. Be strong!

You're doing great! We are all standing there with you so, let's keep moving...hopefully always forward but knowing we have some backward steps ahead of us as well. Keep fighting! I love you!

Wish I could give more, Amy, but also sending lots and lots of love. You remain in my thoughts, Kid....

Please accept this gift with the utmost of love, care, and good wishes sent your way. I love you, Amy Kay..

Note in memo:
In honor of Amy Prince 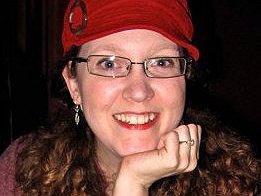