Note in memo:
In honor of Robert Skeeter Scarborough

My step-father, Robert “Skeeter” Scarborough is a 74 year-old man who is very ill. In September of 2015, Skeeter was hospitalized for internal bleeding and was diagnosed with esophageal varices with severe liver disease. He underwent medical procedures to control the esophageal varices, but this past June he was diagnosed with two cancerous tumors in his liver. My dad is now facing end-stage-liver disease, or liver failure and was told by his team of physicians that he now needs a liver transplant to survive.

Skeeter grew up in a small East Texas town and graduated from Diboll High School. Over the years, he has been involved in various kinds of employment from customer service to welding. Several years ago, when he decided to retire, he became more consumed with his “little” farm and Skeeter owns about 5 acres of land, with a barn, a garden area and sometimes a few cows…just enough to keep him busy. One of the things that Skeeter enjoys is spending time with his granddaughter and showing her around the farm. More than ever, he is hoping to recover from his liver failure and get a new lease on life with a liver transplant. Skeeter’s loving and supportive family are committed to seeing him through his transplant surgery, but they also need the support of their community to make Skeeter’s transplant surgery a reality.

Transplants are life-saving but financially draining, and even with health insurance, Skeeter is facing very high out-of-pocket expenses. He will face large co-pays and deductibles, lab costs, living expenses, the cost of a caregiver, travel and lodging fees, and he is required to relocate for two months to be closer to Baylor Medical Clinic in Houston, Texas. Skeeter will also face costly, post-transplant anti-rejection medications that are needed for the rest of his life. These cost upwards of $4,800 a month, and Skeeter needs your support to help make his transplant surgery a reality.

To help with this financial burden, a fundraising campaign in Skeeter’s honor has been established with Help Hope Live, a trusted nonprofit organization that has been providing community-based fundraising guidance to patients and their families for more than 30 years. All donations are tax-deductible to the full extent allowed by law, are held by Help Hope Live in the South-Central Liver Transplant Fund, and are administered by Help Hope Live for transplant-related expenses only. To make a donation to this fundraising campaign, please click on the yellow DONATE NOW BUTTON.

Thank you ahead of time for your thoughts, prayers and generous financial support. Any donation amount, no matter how big or how small, is one step closer to a brighter future for Skeeter.

Please note that He has been placed on Hospice care and is no longer able to receive a transplant... so his campaign account is no longer active.

As of February 26, 2018, Papa is no longer on the transplant list due to his health declining. However, we will be treating the cancer as long as we can. Overall, he and the family are in good spirits and living each day as normal as possible.

I thought I would let you know how the doctor visit went from yesterday (1/18/17). The appointment was a follow up to discuss the tests results from 1/4/17.

These tests have to be repeated every three months.

CT scan of chest – There are some are fibrosis noted in the lung bases but it is common for his age and previous smoker. One of his lungs isn’t inflating all the way. Again not uncommon in older people as they tend to lay more and usually on sides. No evidence of metastatic disease. Good news!

MR of Abdomen – The two Chemoembolization cavities have become a little smaller. At this time, we will not repeat another injection of chemo, as they seem to be holding. No new liver mass indicated. Cirrhosis is still the same. The enlarged spleen is still the same. There is a Schmorl’s node at L3-L4 – not uncommon with age just advised to keep a close follow up. There are a few renal cysts (nothing that we hadn’t known before). Gallstones are still present. Overall this is good as the there is no new mass and the chemo is holding the tumors at bay. No new hot spots of cancer were seen.

Whole Body Scan – The first scan was done on 7/12/16, so the one on January 4 was to compare where we are and to make sure there is no other cancer popping up anywhere else. So here’s the bottom line on it:

2. Despite lack of interval change, neoplasm cannot be excluded with respect to the skull lesions.

3. Focal increase in the distal left femur suggests enchondroma or other benign abnormality.

4. Extensive degenerative disease in the spine and peripheral joints.

When we first had the scan done in 7/12/16, Papa had told them about his accident in 2001. After discussing with the doctor more about the accident and the areas that he actually was hurt in, she is going to discuss with the radiology group if we need to check further about the lesions in skull and the enchondroma in femur. (The leg that was injured was the right leg and the injuries sustained in 2001 didn’t include his head.) The doctor will let us know what they decide. Regardless if there is further testing, this doesn’t hold up his transplant status at this time.

MELD Score (Model For End-Stage Liver Disease) (12 and older) to quantify end-stage liver disease for transplant planning. In October, we were scored 15. As of yesterday, we are at a 12. The decrease is due to his lab results. He’s starting to lose his platelets again which means transfusion may be in his future. However, because the heart doctor gave him a release to have transplant, when he completes 6 months of waiting, his score will become 28. That’s great news. They will be able to do transplant at 28 score. There is only a window of opportunity on this score system, 28-40. If he gets to 40 before he has a transplant, he will no longer be considered for transplant.

The doctor informed us yesterday that Papa’s name has already come up a couple of times but he wasn’t released for heart doctor and his score was not high enough. Knowing this, it is great news!

But there’s a hiccup to this great news. If Papa qualified in numbers and got called tomorrow, he would have to pass on the liver. Why? Medication costs is the issue. Once the transplant is performed, he will automatically have 15 additional medications to take. Two of which is $4800 a month. Papa doesn’t have prescription coverage until his insurance. He didn’t think he needed at the time when he began the insurance. We tried to get him enrolled for a prescription plan but we couldn’t because of Medicare sanctions. Our next window of opportunity is October of this year. If approved, will be effective January 1, 2018.

Six months means transplant can happen as early as July.

I am working on finding out how I can get him on a prescription plan, without canceling his current insurance plan. We also have to still work with doctors in Lufkin, so I have to consider what insurance they take and what insurance will cover the hospital and doctors in Houston and NOT placing a pre-existing clause on us.

As long as he is in his current stability, we have a little time to work on what we need to.

1/5/17 although yesterday was a very tiring day with much walking... he pushed through like a trooper. He is in good spirits and is taking everyday one day at a day. He continues to do as much of his tinkering as possible. He does tire easily and is weak at times, but overall he is doing well.

The holiday went pretty well for us. He did catch a virus but after an antibiotic, he got through it. Two of his kids came to visit from Tyler and other family members came and spent the holiday with him. He enjoys his family time.

1/4/17 spent our day in Houston. We saw the heart specialist, Dr. Feghali, who released him for clearance for the transplant. Yeah!!! After that, we had to have lab work, CT of chest, MR of Abdomen which will check on the tumors in his liver and how the other organs are doing and lastly a bone scan. We will go back in two weeks to get the results of tests and we are hoping that his MELD score will increase. As of 10/19, 2016 his MELD score was 15.

On December 6th, we met with Dr. Rowley, dermatologist, so that squamous cell carcinoma could be removed off of his nose. I had no idea what all would be entailed in such a procedure. However, ten days later, met Dr. Rowley for a follow up and things seem to be healing just fine. We won't have to go back for follow up again until March 2017.

11/9/16 Received test results for the skin areas of concern. The area on his nose came back positive for Basal Cell Carcinoma. What does this mean? He will have surgery on his nose on December 6. They will also take skin from another area that doesn't grow hair, usually behind the ear and graph it onto his nose. All goes well, stitches will come out after 10 days.

A positive point to this is that we are dealing with hit in plenty of time before his next visit to Houston, January 4. We were told up front from the Transplant team that if there were any medical conditions, they must be addressed prior to his transplant.

God is in control. He is on time all the time. Our faith remains...

We just saw the hematologist, Dr. B. Reddy, (Lufkin) and all in all he is doing well. Everything is going right on schedule. We are mainly waiting on the stent in his heart to heal. Until this we don't have to return for four months. With his blood levels maintaining... that's good news!

As you know, Skeeter Scarborough has been diagnosed with liver cancer. His condition has progressed to the point that he will require a liver transplant. While he is on the waiting list, and after he will need our help with medical expenses. Once he receives his transplant, he will need to be on medications for the rest of his life. For this reason, we have chosen to use an open ended fundraiser, instead of one that ends after a month. He needs our help. Whether you contribute today or in the future, anything you can do would be appreciated. Please keep this link handy and share with others who you think will help.

The Children and Step-Children of Skeeter Scarborough

Note in memo:
In honor of Robert Skeeter Scarborough 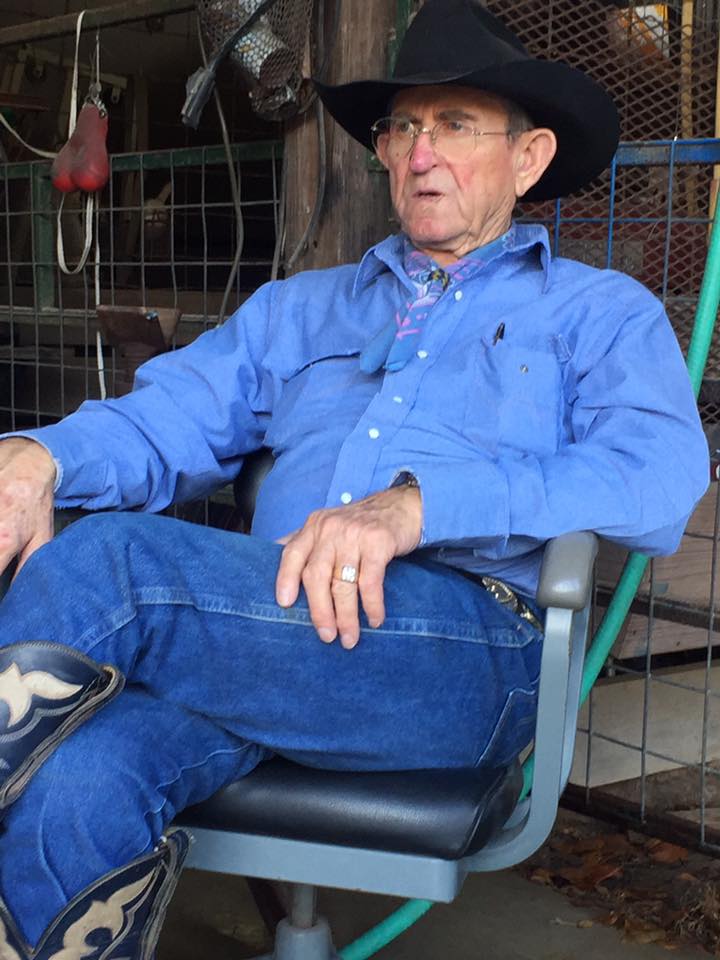