Note in memo:
In honor of Kai Johns

RAISING MONEY FOR A KIDNEY TRANSPLANT

As a 4th generation polycystic kidney disease (PKD) carrier, Kai knew he’d have issues eventually, but he thought he’d have time, and he thought he’d have warning.  From diving in Honduras in August 2016 to the ICU just a couple of months later, his medical decline was rapid and unexpected.

Kai thought he had the flu and went to the local urgent care and found out he only had 6% of his kidney function left plus stones in his kidneys more accurately described as boulders. Two nephrostomy tubes, multiple procedures to break up the stones, and a dialysis port later, doctors were still unable to restore kidney function, and Kai was placed on the transplant list at Georgetown Hospital in Washington, DC.

Kai did dialysis 3x/week, and with the support of his long term employer, he’s been able to keep working.  Dialysis is life prolonging, but it’s a temporary solution.

Kai has an incredible friend, who was both willing and a direct match. Surgery just happened on 04/27/2017. Transplants, and all the care that required after that, are expensive.  Kai and his wife Heather are no strangers to expensive medical care, and their resources are strained.  Heather suffers from Neurofibromatosis (NF), which can cause growth of non-cancerous (benign) tumors involving the nerves and brain. Heather is treated through an expensive experimental chemotherapy program.

This is where we come in.  We are here to raise the money that will be needed not just for Kai’s kidney transplant surgery, but also for the ongoing medical expenses Kai and Heather will have for the rest of his life to prevent rejection of the donated kidney.

Help Hope Live is a tax deductible non-profit that will collect donations on Kai’s behalf and reimburse him for medically-related expenses. To make a tax-deductible donation to this fundraising campaign, click on the Donate Now button.

The story was picked up by ABC! wjla.com

Check out the local news story!

The transplant happened 4/27/2017 - Kai and his donor Rob are recovering at Georgetown Medsar Hospital.

Tomorrow is the big day! Kai will be receiving a kidney from a special friend. Thoughts are with both of them for their surgeries!

We've reached the 1/3 mark of our long term goal! Less than two weeks until Kai's transplant!

We had a FABULOUS Happy Hour for Kai on 4/6! A lot of love and support, and money raised that is now on it's way to Help Hope Live for Kai to use. Counting down until his transplant surgery!

Thanks to an unbelievably generous act by an incredible friend, Kai now has a donor and surgery date! April 27, 2017!

Please join us for our fundraising Happy Hour! Exciting news is coming! We need to keep the momentum going!

Praying for a speedy recovery Kai! God bless you and your friend Robert!

We wish you both all the best. Donation on the way, hope it helps a little.

Kai and Heather, I'm so sorry we can't make it to the happy hour tonight but we are thinking about you and praying for you! We love you both!!

Stay Strong Kai!! Wish we could come celebrate you tonight. Thinking of you, Heather and your families.

I'm a cheerleader in your corner rooting for you!

Hi Kai: You look good no matter where you are. I am sure your transplant will work just fine and you can do scuba again. Can not wait to see you at the happy hours.
Best,

Kai, Cant wait to catch up at Happy Hour in person. See you soon!

Hi Kai, I need check updates on linkedin more often, so not to miss important updates. I am glad to catch this update. I am very sorry for what you and your wife have been going through. You and your wife will be my thoughts and prayers, for a speedy and full recovery. I can surely donate and foward to my family members as well. Hang in there and see you around. Take care & God Bless!

You can do it, Kai!
I thank Melissa Murphy for posting this campaign in LinkedIn. See you around.

Note in memo:
In honor of Kai Johns 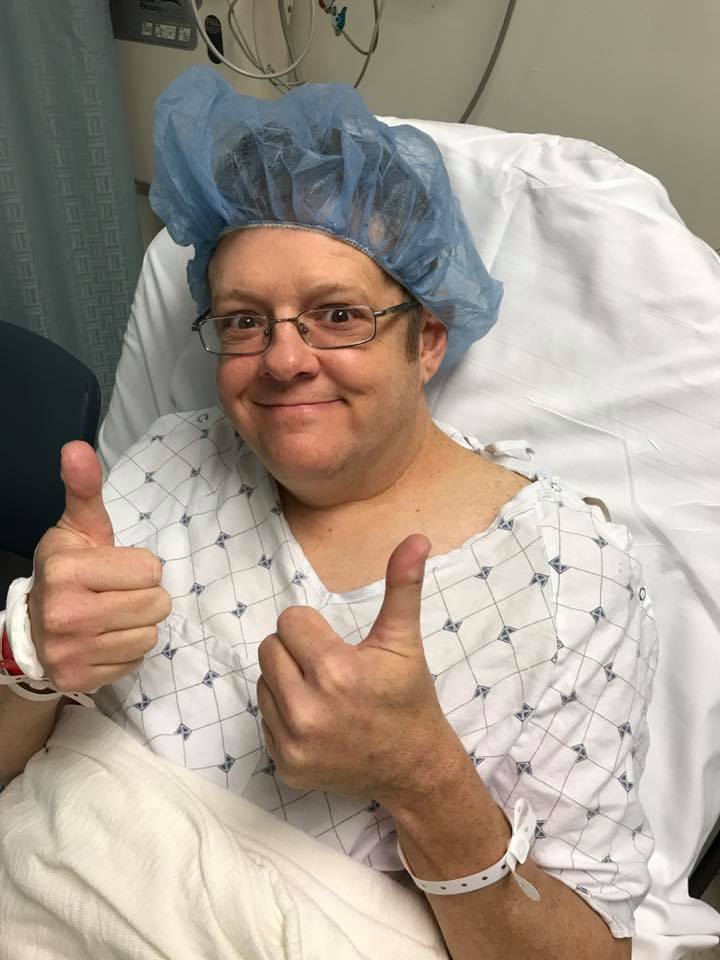