Note in memo:
In honor of Larry W Clifton

Larry Clifton is a 66-year-old husband and father of 2 who has congestive heart failure, which he has been struggling with since 2014. Larry is the rock of his family and someone who has always looked out for those he loves and now needs our help. He will be having a left ventricular assist device (LVAD) on June 28, 2017 to prolong and improve his quality of life. The cost of this procedure can be overwhelming.

Larry has been happily married for 35 years to his wife June Clifton. Over the last 20 years, he has been her primary caregiver as she as battled a genetic neurological condition called Ataxia, an illness with no cure. He has 2 daughters, Amanda and Jessica that have been his primary caregivers during this battle. Since Larry began his struggle with congestive heart failure in 2014 he has been battling numerous issues; he suffered a heart attack in 2014 and learned he only had only 11% function of his heart. He then suffered a seizure a month later and has suffered six others since, along with two strokes. He has battled staph infection, which cost him his big toe and prevented a corroded artery surgery that could have helped his health improve. He has had a defibrillator installed, which malfunctioned twice and he missed walking his daughter, Amanda, down the aisle for her wedding when he almost lost this fight in June 2016. Along with multiple medications to help fight this illness, he has continued to fight and show good spirits. Larry and his family are eagerly looking forward to his quality of life improving and watching him do the things he loves; from taking the dogs on walks, having family over or even just playing a round of golf. Together, we are committed to seeing him through this procedure.

LVAD is a pump that is used for patients who have reached end-stage heart failure which will help prolong and improve his quality of life. This life-saving procedure comes with a heavy financial burden, even with insurance, Larry is facing very high expenses including relocation for 4-6 weeks to be closer to Stanford Hospital after he is released, post-LVAD medications, co- pays and more. These expenses, along with all his previous hospitalizations have added up to more than the family can handle.

To help offset such expenses, a fundraising campaign in Larry’s honor has been established with Help Hope Live, a trusted nonprofit organization that has been providing community-based fundraising guidance to patients and their families for more than 30 years. All donations are tax-deductible to the full extent allowed by law, are held by Help Hope Live in the Southwest Heart Transplant Fund, and are administered by Help Hope Live for transplant-related expenses only. If you would like to make a contribution, please click the DONATE NOW bar.
Thank you for your prayers, support and generosity.

Update: Larry had a successful LVAD surgery and is now on the long road to recovery. He was in the Stanford Hospital ICU and LVAD clinic for a few weeks and is now in a skilled nursing facility, Grant Cuesta, in the Bay Area. He is doing daily physical therapy and is hoping to be able to walk again soon! We will keep posting updates as he progresses. Thank you all!

We hope you are recovering well and feeling great!

Hi Larry and family, I sure hope you are well soon, and back on your feet! Love you, Denise and Russ

Y'all are in our family's thoughts and prayers. Garrett, Jena, & Kendall

Love you bro, be picking you soon for a round of golf, Love, Steve & Nancy

Cousin - Get better soon. When you get home and situated I am coming for a visit. My love to you, June and your beautiful girls. Big hugs and hope to see you soon !!

Larry i am so proud of the progress you have made in the last 3 years. I am, as always, here to help you & the family in any way i can & will continue to do so as long as you need it. Together we will continue to work towards our goal of obtaining the most optimum heart healthy body you can possibly have! We love you with all out hearts & will continue with the war on whatever compromises your health!

Note in memo:
In honor of Larry W Clifton 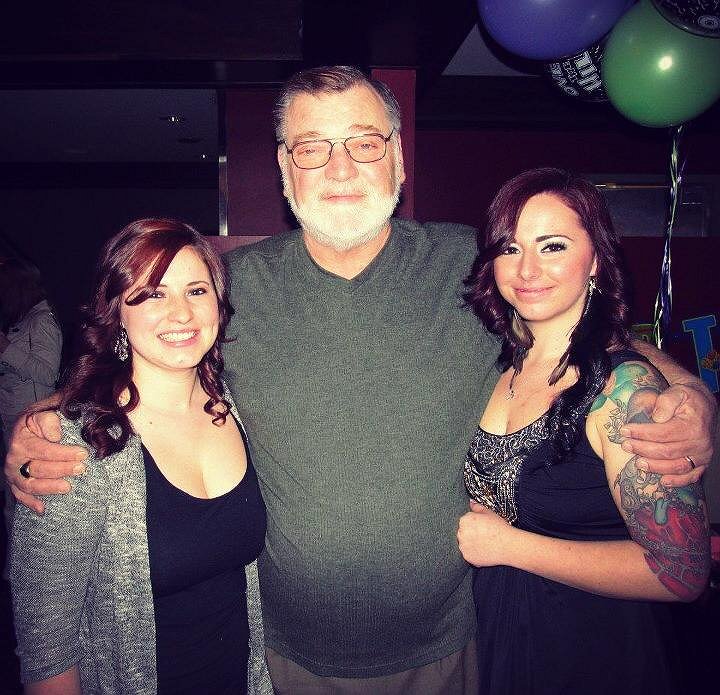