Note in memo:
In honor of Frank L Fredericka

We are raising money for medical bills that are accumulating as we continue the journey back to Frank Fredericka’s health. This is the story of a journey that changed his life drastically in less than a day.

Frank had a headache that lasted many weeks and one evening it became so painful he was unable to function and became incoherent. After arriving at the hospital, our life and his health have taken many twisting turns.

In simple terms, Frank’s brain is sagging in his skull, sometimes dropping onto his brain stem. The extent of his brain sag (spontaneous intracranial hypotension) is extremely rare and is caused by a cerebral spinal fluid leak (CSF). The symptoms of this condition are unusual. If Frank sits or stands for over an hour, he has a blinding headache, becomes incoherent, and has nausea. It has also resulted in numerous strokes. If Frank lies down, the blinding headache reduces quickly and he averts the risk of more strokes. The cure is to find and fix the cerebral spinal fluid (CSF) leak. For hard to find leaks, it takes specialized doctors and equipment, not found in Ohio. We found 3 specialists for this condition in the United States.

Frank was diagnosed and initially treated in Ohio at Riverside Methodist Hospital. Their doctors began the medical tests n search of locating the CSF leak. While he was in the hospital, his condition continued to decline. Eventually because of the untreated brain sag, Frank had multiple brain bleeds that required 2 surgeries including one to remove 2 sides of his skull. He also had at least 10 strokes in the midst of this crisis. He was kept alive but the underlying cause of the CSF leak remained a problem.

We went in search of a doctor with the expertise to find and fix the elusive CSF leak. The doctor at Cedars Sinai accepted Frank in his now poor health condition. Because Frank still could not stand or sit for more than hour, we had to travel by medical air transport to Los Angeles, CA.

Since arriving at Cedars Sinai, there have been many tests but the good news is the CSF leaks have been found! Frank will undergo another surgery to repair the CSF leaks along his spine. Then he will return to Columbus for rehabilitation before his 4th surgery to replace the two sides of his skull. What a journey we are on!

This is a journey filled with the loving prayerful support from God, our friends, and family! Combined with the doctors, nurses and medical technology available, we have seen the miracle of Frank’s survival. We are grateful for the gift of knowing the love of Jesus is alive and real even in our darkest moments. The prayers and practical support have been awesome.

Many friends and families have asked us how they can help in a practical way. After prayerful consideration, we decided to start a crowdfunding site to raise money for the medical bills not covered by insurance. For example, the medical air transport out of pocket cost was $21,800.

Thank you for considering monetary support. We are humbled and grateful. Blessings to you and your family!

To make a tax-deductible
donation to this fundraising campaign, click on the Donate Now button.

We have chosen to fundraise with Help Hope Live in part because Help Hope Live assures fiscal accountability of funds raised and tax deductibility to the full extent allowed by law for donors. Donors can be sure that funds donated will be used only to pay or reimburse medically-related expenses.

God has been so faithful during this journey! Thank you for your care and support!

Dear Friends – I have missed sending you updates and prayer requests! What a lesson in the power of prayer we have learned!
Frank is improving daily and the medical professionals are in awe of his rapid progress. God is so good – he has blessed us and given us a new appreciation for life and His provision.
We have a long road ahead but are resting in the goodness of God!

Frank and I are back in Columbus! The successful surgery at Cedars Sinai made it possible for Frank to fly home on a commercial plane. Praise God!
Frank went straight to a Rehabilitation Hospital from the airport where he will spend 3 to 4 weeks. He will re-learn how to walk, work on cognition and memory issues and focus on healing physically from the 3 major surgeries in 45 days.
Day 3 in rehab and he is making fabulous progress. Working very hard to recover his life in spite of the three major surgeries,10 strokes and 78 days in hospitals.
God has been so faithful to us in this journey and there have been so many miracles. Thank you for supporting us!

Frank’s surgery at Cedars Sinai in Los Angeles, CA to find and fix the Cerebral Spinal Fluid (CSF) leaks was a success!! His brain is back in position and the extreme headaches and risk of more strokes is gone! Praise God!
We are now waiting on insurance approval and the inevitable red tape to return to OH. We have requested for Frank to do rehabilitation at Dodd Hall in Columbus. When we have news from insurance, we will begin to plan our trip back to Columbus.
Blessings to you for following our journey! 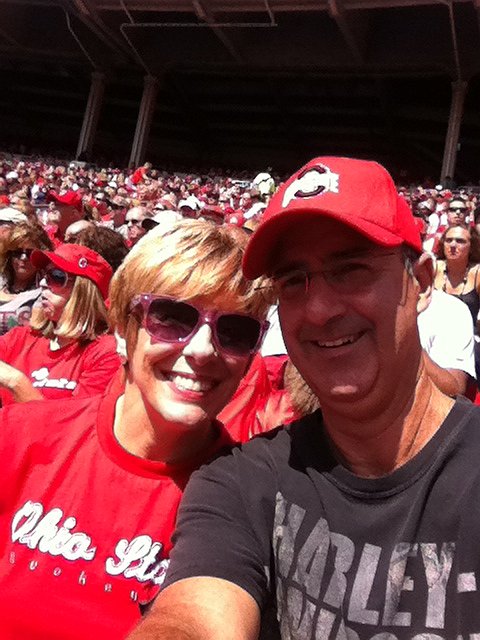 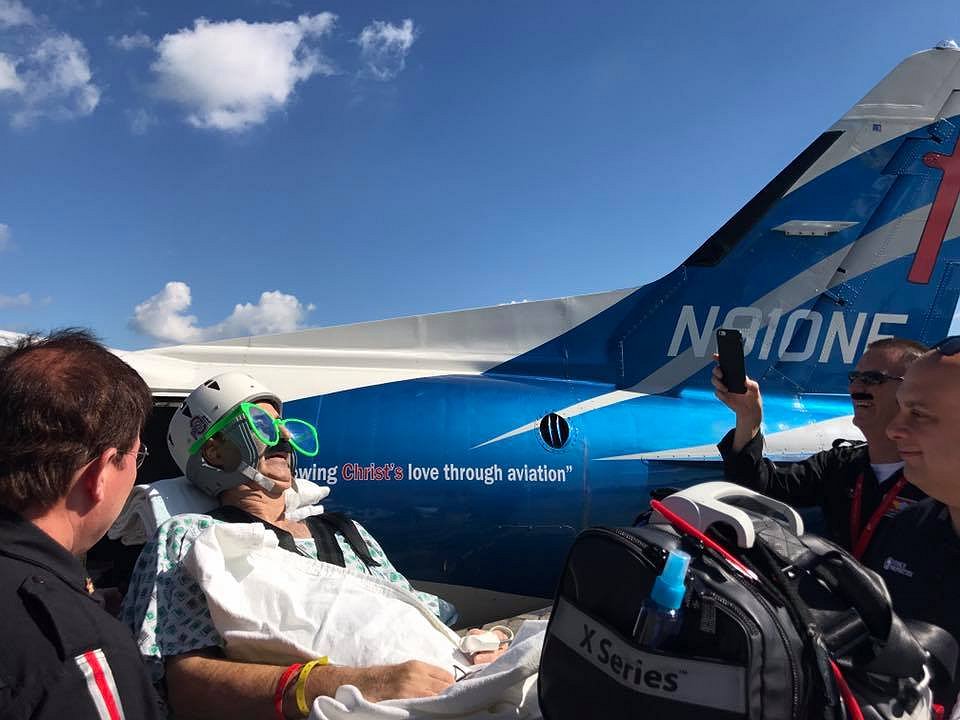 My Buddy Frank & his Beloved Kathy - Sue and I continue to PRAY for YOU and Kathy. Last night we spoke about giving to your campaign. Remember Frank, Sue has a HUGE heart, but she is tight with her cash. Then she said, "I think we should give $1,000.00" Goodness, I nearly fell off my chair and began to cry tears of Joy!!!! Although we know it is a small drop in a VERY BIG bucket, we give it with LOVE and appreciation that our Beloved Lord gave it to us to give to YOU!!! Just made the donation online and clicked -Give Now- so it listed us as "Anonymous." :0) Jesus Hugs for you Both - Sue & Jeffrey

We are all sending our love, thoughts and prayers to Frank and Kathy as well as the whole family. We have been praying praying praying. Love to you all! Simply EZ Crew - Liz, Renee, Molly and all

Frank, we're praying for a successful outcome and your safe return to Columbus. Looking forward to you being home soon!

We thank God for his healing and caring mercy during this time and look forward to your complete healing!

Keep up the postive feelings because God is in your corner, working to get you cured. We will all keep praying. Love you two

Kathy, Continued Prayers for you and Frank. Your faith and positive upbeat attitude will see you through. Stay Strong

Frank praying for you

Dear Frank and Kathy, You must both be relieved to have found a cure for this devastating journey! May God continue to shine his light on you, and keep you in His tender loving care. Prayers and lots of well wishes are with the two of you as you complete this journey.

Frank and Kathy, our prayers are with you as you continue on this healing journey to recovery. Love from the Cobbs Family Amy, Jim Ed, Elisabeth & Olivia

We love you Frank!

Note in memo:
In honor of Frank L Fredericka 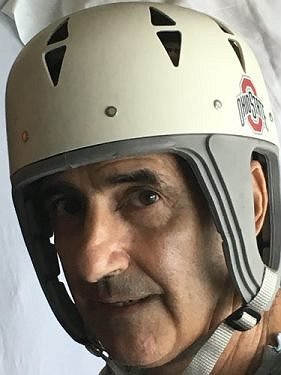