Note in memo:
In honor of Angelica Walsh

Family and friends of Angelica Walsh are raising money to pay for uncovered medical and temporary relocation expenses associated with bilateral lung transplantation. Angelica was initially on the waitlist at University of California San Francisco Medical Center. However, after they determined that a fungal infection made transplant too risky, they took her off the list and said that she would most likely spend the rest of her life on a ventilator.

She and her family didn’t like that answer so they called about 25 centers across the country. Only one, Barnes Jewish Hospital in St. Louis, MO, said they would take Angelica as transfer patient. Thanks to Dr. Ramsey Sachem who was willing to give this Navy wife and mother of a 6 year old daughter a chance. She flew to St. Louis on 12 May, was listed on 16 May and got her new lungs just a week later!

Angelica had been diagnosed with Cystic Fibrosis which is a genetic condition that leads to chronic pulmonary infections and results in permanent scarring to the lung tissue. She had battled this disease her entire life while it gradually compromised her body’s ability to absorb needed oxygen from the air she breathes. At its worse, her lung function was about 15% of what a healthy woman her age should have, so she was on supplemental oxygen 24 hours a day. She also needed continuous mechanical ventilation which means she relied on a machine to help her lungs function.

In addition, moving from San Francisco to St. Louis was last minute and unexpected. She and her family will have relocate and find temporary lodging for about 4 months following surgery. This is to ensure crucial monitoring during recovery and also to be able to report to the hospital if there are signs of organ rejection. Securing a temporary place to live in downtown St. Louis will be a financial challenge for them.

Her husband, Chris, is a U.S. Naval Academy graduate and 22 year Navy veteran who has retired from military service last year. He has signed an agreement with the transplant program to be Angelica’s primary caretaker. In this role, he must be available 24/7 to care for Angelica which means he is unable to work to augment his military pension. At the same time, he must be a father to their 6 year-old, handful-of-a-daughter, Annie.

The Walsh Family understands that many may not be able to give financially and want you to know that thoughts and prayers are just as welcomed as dollars and cents.

Finally, if they have not already done so, the Walsh Family asks that viewers of this campaign consider signing up with their state’s organ donor registry. One donor can save up to 8 lives.

Angelica has chosen to fundraise with Help Hope Live in part because Help Hope Live assures fiscal accountability of funds raised and tax deductibility to the full extent allowed by law for donors. Donors can be sure that funds donated will be used only to pay or reimburse medically-related expenses. To make a tax-deductible donation to this fundraising campaign, click on the Donate Now button.

Angelica, her family, and her friends want to thank each and every one of you you for your support.

Not sure if anyone is still monitoring this site, but if so, I’m typing this from St. Louis. We are here for Angelica’s one year transplant anniversary check-up. We don’t anticipate any problems and is doing extremely well. In fact, we are hopeful she can actually discontinue a few of her medications going forward after this visit with the great doctors at Barnes Jewish. We reflect on everyone’s generosity and kindness each day. You all rock!

Thank you all for the support. Angelica is doing great! After her transplant in St. Louis (Barnes Jewish has the best lung team on the globe, by the way), she went through a pretty tough 3 month recovery/rehabilitation period before being released by her doctors to go home. In late August, we flew back to San Diego, CA in time for our daughter, Annie, to start school.

Now, 6 months post-transplant and Angelica is doing great! Going to the gym, walking, playing with our daughter–all without a pesky oxygen tank or machine. We will head back to St. Louis this month for a bronchoscopy just to make sure there are no signs of rejection or other complications.

Truly miraculous support by all of our friends, family, friends of friends, friends of family. Please reach out to us if you are in the San Diego Area. We’d love to personally hug the angels who were so generous when we needed help. “You da real MVPs”

About 6 weeks post-transplant and Angelica is doing exceptionally well! Although the fungal infection still presents a risk and therefore requires some additional preventative medications, the doctors think she is beyond the critical window where the fungus would have most likely spread and caused severe complications. Thank you everyone for your generosity and prayers.

Angelica got her lungs! After being taken off the list at UCSF in San Francisco for what they deemed to be a high risk fungal infection, we were accepted by Barnes Jewish Hospital in St. Louis. We flew here via air ambulance on 12 May, were listed on 16 May, and Angelica went into surgery on 23 May (4 days after her birthday). She is recovering in the cardiothoracic intensive care unit as I type this and is doing AWESOME! I’m so proud of my wife and on her behalf I thank all of you who have helped in so many ways. We know this wouldn’t have been possible without the support and prayers of our family and friends. I know that some people that have donated don’t even know us personally which is amazing. We’ll call St. Louis “home” for about the next 4 months so the remarkable team that gave Angelica a second chance can keep tabs on her while she recovers. I’d be remiss if I didn’t give a big hug to you all on behalf of our 6 year old daughter Annie who told her class that she was the “luckiest girl in the whole school” the day after her Mom got her lungs.

Sorry for the recent lack of updates, but wanted to wait for some positive news….so here it is: Angelica is now ACTIVELY LISTED FOR TRANSPLANT! She has gained some much needed weight to help with post-surgery recovery. Her lung allocation score (LAS) is quite high (70+) on a scale from 1-100 which could mean a call within weeks or even days. Your past support is much appreciated. I am certain it has gotten this far.

Angelica is now stable at UCSF Medical Center. They are going to perform a tracheostomy tomorrow. This will allow her to continue to use the ventilator but without the tube down her throat. It will also get her off of the sedatives and begin sitting up, standing and walking. All things needed to get through a successful transplant.

Some positive news! A bed in the ICU at UCSF Medical Center has become available. Angelica should be transported today where she will be evaluated to be reactivated on the lung transplant list. If activated, we then pray for a healthy set of compatible lungs to become available quickly. I’ve heard the term “outpouring of support” before in movies and TV, but never had I experienced it firsthand until now. I will keep you all updated.

Angelica got very sick during out trip to be seen at UCLA and visit family in Las Vegas. She had to be hospitalized and is now on a ventilator. We are waiting for her to be stabilized so she can be medically transported back to UCSF hospital. Once there, we are praying for a short wait for the new lungs she needs and deserves. Thank you for the continued support, thoughts and prayers.

Angelica has decided to try to “multi-list”. This means she’ll be on the waitlist for at least 2 separate transplant programs. The advantage is that this will enlarge her potential donor pool across separate geographic areas which will increase her chances of a match. We made the drive from the Bay Area to UCLA for an appointment with their program last week. We may need to go there again for a few more consults before getting confirmation that she’s on their list, too. Please continue to keep her in your thoughts and prayers. We do appreciate the support many of you have given!

We were hopeful for a call from the hospital telling us they have Angelica’s new lungs over the holidays, but so far we haven’t heard from them. The words of encouragement over the phone and via social media from all of our friends and family have kept us positive. Thank you.

Family and friends of Angelica Walsh are raising money to pay for uninsured medical and temporary relocation expenses associated with bilateral lung transplantation. Angelica is currently on the waitlist with the University of California San Francisco lung transplant program.

Although their health insurance should cover a majority of the medical expenses, there are some pretty expensive medications needed post-transplant that are not covered or are not covered in full.

Also, although they live relatively close to the hospital (45-90 minutes depending on traffic), for six to eight weeks after the surgery, they’ll have to reside less than 30 minutes away from UCSF Medical Center. This is to ensure she can report to the hospital for follow-up monitoring and also in the event there are signs of organ rejection. Finding a temporary lodging in the city of San Francisco will be a financial challenge for the Walsh Family.

Her husband, Chris, must be available 24/7 as her primary caretaker while also being available for their 6 year old daughter, Annie. Therefore, he is unable to work to augment his military retirement income.

Angelica has chosen to fundraise with Help Hope Live in part because Help Hope Live assures fiscal accountability of funds raised and tax deductibility for donors. Donors can be sure that funds donated will be used only to pay or reimburse medically-related expenses. To make a tax-deductible donation to this fundraising campaign, click on the Donate Now button.

In honor of Angelica Walsh from her spouse's Notheastern Pennsylvania friends from childhood. Best wishes to Angelica for continued good health and happiness to this beautiful family.

Hi Chris & Mrs. Walsh, So happy to hear that you got the transplant done and doing well. Sorry I didn’t get a chance to say goodbye to you guys but I wish all the best to your whole family. Will pray for you guys. Take care and good luck with everything.

For Angelica, I honor of her beautiful daughter, Annie, who has stolen my heart! ❤️ Jennifer Davis

Chris, my thoughts and prayers are with you and your family. Get well soon Angelica.

Note in memo:
In honor of Angelica Walsh 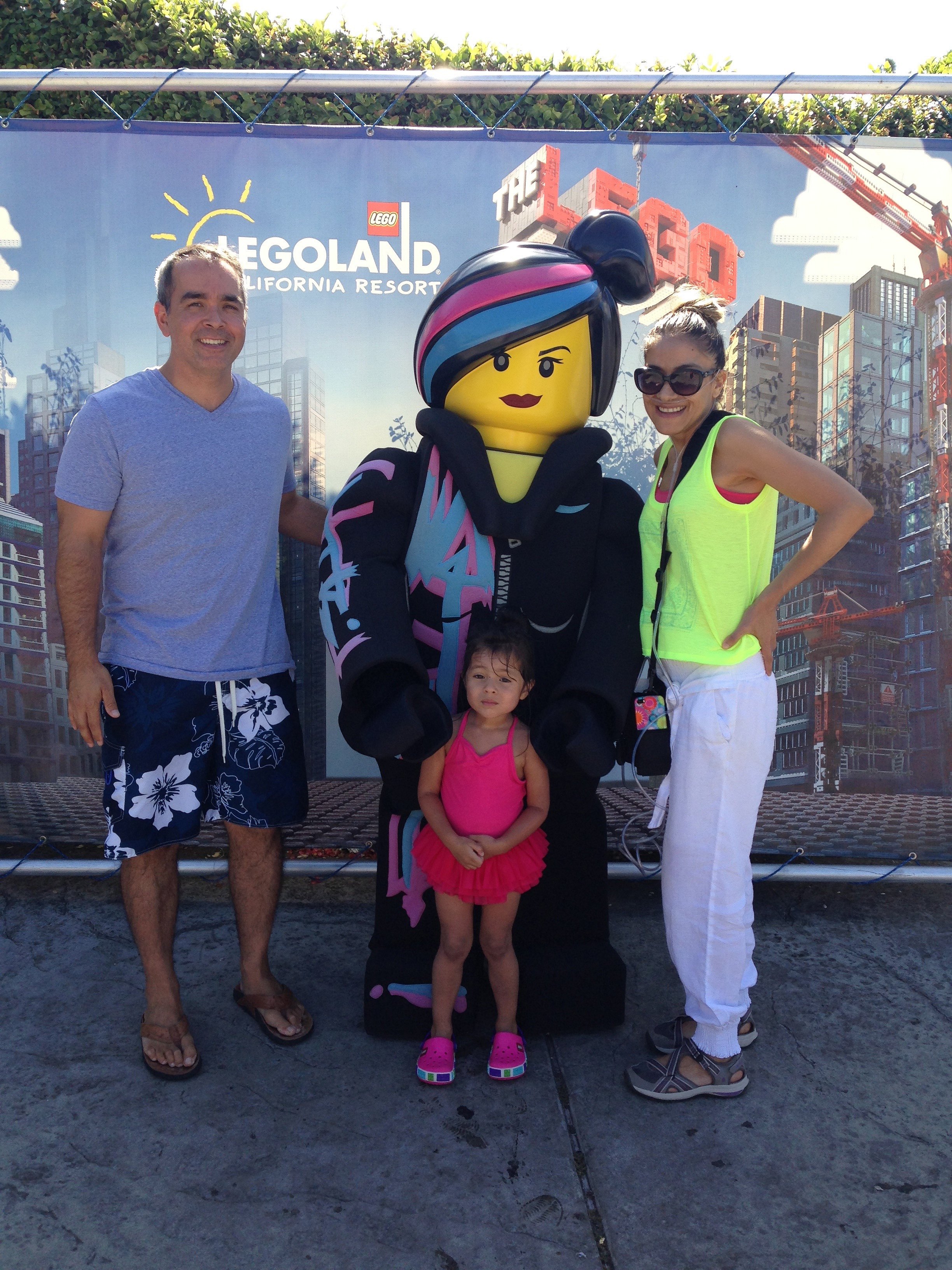