Note in memo:
In honor of Johnny Stands Strong Estrada

Johnny’s journey began on June 4, 2016. It was a day that altered his life, and the life of my family forever. What began as a day of hustle to wash cars, ended in a trip to the E.R. Johnny at the time of the incident, had came over to my grandmas house with his best friend Angel to wash my car when he began complaining of severe neck pain. He came to me-his sister- to administer some ibuprofen to help ease the pain, however, the pain persisted and became gradually worse. He became drastically weak in the arms, and his respiration grew shallow. I instantally drove him to the hospital where several CT, & MRI scans were performed all revealing there were no abnormalities. Doctors were ready to discharge him when I noticed that his oxygen saturation’s were still plummeting despite him being on a high flow of Oxygen. By the time he hit 72 I ran to grab his nurse and that’s when he started coding. It was all surreal how fast everything had escalated. By the next day Johnny had no movement in any of his extremities. Doctors suspected that maybe he was suffering from a virus in the spine, or possibly even an atypical form of guillan-barre syndrome. They continued to run tests, and nothing would show. When they saw no progress in his health status they offered us the option of sending him out to UCLA. There at UCLA was where he remained for two long weeks of intense testing. Johnny had also developed pneumonia in both lungs and a partially collapsed left lung. It was after two weeks where an MRI Showed inflammation on the cervical area of the spine, and doctors concluded that Johnny had suffered a spinal stroke. He was diagnosed a Quadriplegic having no movement from the neck down. He was placed on a ventilator having no movement of any of his respiratory muscles including the biggest breathing muscle, the diaphragm. Doctors told Johnny he would never walk, talk, or even breathe on his own again. They even mentioned that sitting in a wheel chair was very unlikely, as well as ever being home again. Luckily, with love and support from friends and family, we refused to let Johnny fail and accept his condition. Johnny became a patient at Barlow respiratory hospital where he was able to learn to talk again thanks to motivation from great respiratory therapists & speech therapists. He also began moving his fingers and learned to maintain a steady blood pressure while sitting upright in bed thanks to his P.T.

From there he was transferred to Rancho Los Amigos where he was switched from a cuffed trach to a cuffless trach. This was huge because this allowed him to talk all the time versus only being able to talk when he had the PMV. (The PMV is a device that is a one way valve allowing for easier speech and swallowing for food. It helps prevent aspiration to the lungs as well. )
He also began intense therapy, but didn’t show much improvement in his movement. After a month of being there, Johnny was transferred to a facility named Totally Kids where he furthered his progress. Johnny began to make subtle movements in his fingers, toes, and even in his diaphragm! With the help of more amazing respiratory therapists, He was weaned off of the ventilator significantly. Johnny remained unsatisfied and was determined to make more improvement. Being in a hospital setting and away from family made it extremely hard. He also lacked intense stimulation and physical therapy for a whole year, and was set on making it his goal to be home by Thanksgiving.

Johnny accomplished that goal and made it home by November 21, 2017. With the help of our great friends and now family Latorra and Corey Saxton, we were able to continue the healing business. Now it is Johnny’s wish and goal to regain more movement in his body, and eventually breathe on his own again without the assistance of a ventilator.

Vigorous physical therapy is needed in order for him to continue to heal and get better. Unfortunately, insurance doesn’t cover it entirely, if any. It would be a great honor if those who are interested in helping Johnny reach his goal would help contribute to his fund of physical therapy. We will continue to share his progress and steps of succes. Together Johnny stands strong! We love you all. Keep us in your thoughts and prayers.

Note in memo:
In honor of Johnny Stands Strong Estrada 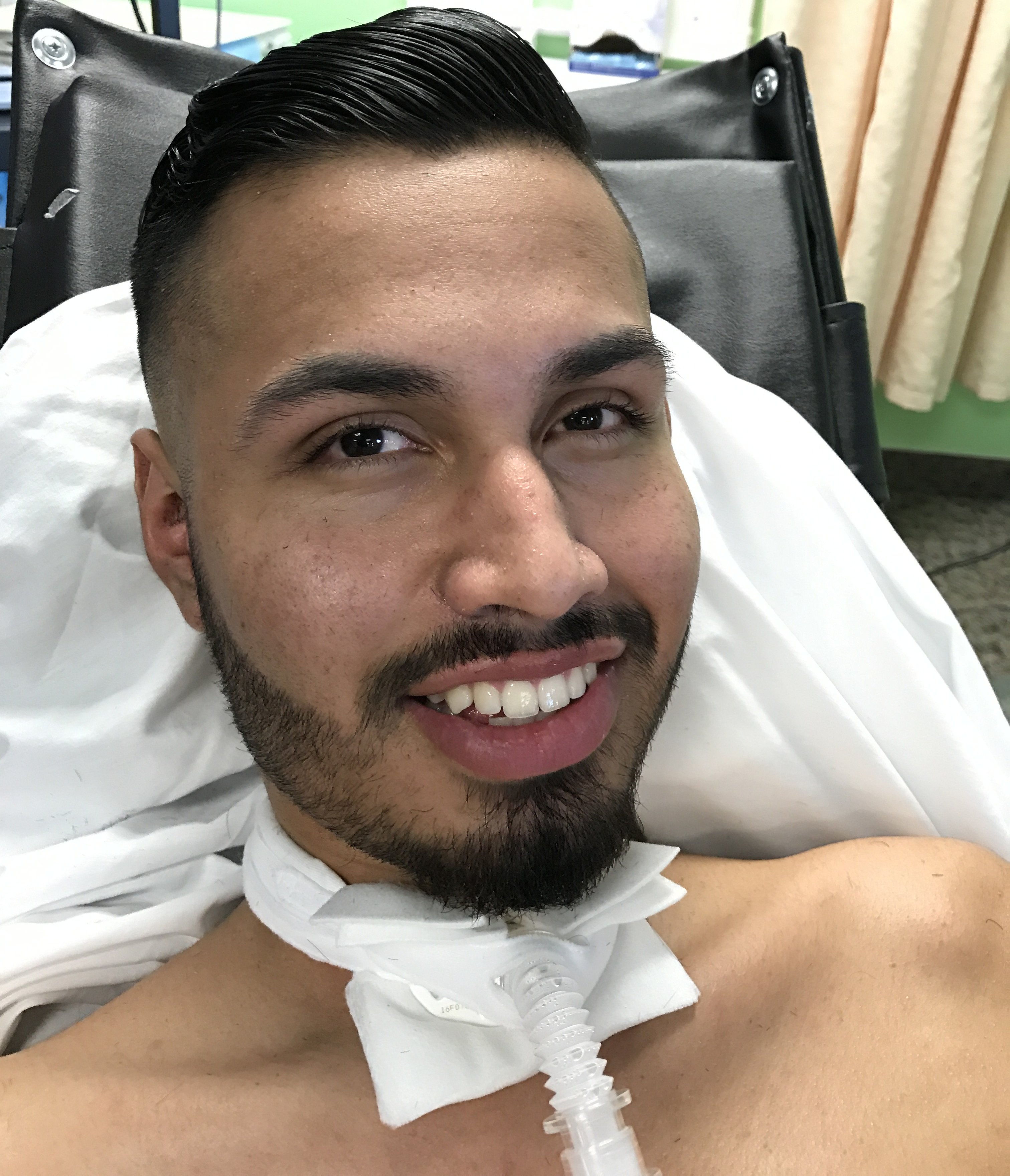