Note in memo:
In honor of Ryan J Delaney

In 2010, after waiting more than two years, Ryan began preparations for a kidney transplant at Mass General Hospital. Ryan was initially planned to be part of an experimental clinical trial that would involve chemotherapy and a bone marrow transplant in conjunction with his kidney, before the trial was cancelled in March of 2010. Instead, Ryan became the first patient in a different clinical trial that would use a cocktail of immnosuppressants and other drugs to help his body adjust to the new kidney. Ryan was lucky that his living donor was his mom, and was considered an excellent match for this particular trial.

Ryan’s first kidney transplant took place on August 23, 2011, giving him 6.5+ years of adventures and good health! About 2 weeks post-transplant, he developed antibodies. As a result, Ryan was unable to partake in the clinic trial further. His hopes of weaning off the anti-rejection medications was no longer possible as part of the protocol requirements due to the development of the antibodies. The clinical trial transplant team did continue to follow Ryan along the way for the next couples of years. Ryan’s post-transplant years were mainly smooth sailing, with check-ups at MGH as requested by his team, with a few small hiccups along the way.

In March 2017, it was requested that Ryan come in for a follow-up and schedule a biopsy of the kidney, as it had been awhile since one had been completed and his creatinine increased a bit. Typically the biopsy came back with positive results, something he had completed several times. However, the antibodies appeared again as per the biopsy results. Ryan continued to be followed closely by his post-transplant team at MGH. His nephrologist requested frequent visits for bloodwork, blood pressure and fluid retention checks. Ryan was also going to MGH for an infusion to receive medication through an IV, called IVIG. Ryan received several treatments of IVIG throughout 2017. Unfortunately, the antibodies were beginning to reject Ryan’s kidney.

Ryan was officially entering end stage renal kidney failure in December 2017. On January 9, 2018, Ryan begin his pre-transplant evaluation process at MGH. Next steps, to be determined, with potentially a summer 2018 transplant (Ryan’s hope).

Like the first transplant, insurance will cover most of the expenses for this procedure, but as with any major surgery there are unexpected costs. With encouragement from his team at MGH, Ryan has chosen to fundraise with Help Hope Live in part because Help Hope Live provides both tax-deductibility to the full extent allowed by law and fiscal accountability to contributors. Contributors can be sure that funds contributed will be used only to pay or reimburse Ryan’s medically-related expenses.

*Please be sure to note in memo section:
In Honor of Ryan Delaney

To share this page directly with others in your community who might wish to learn about this campaign, see the “SHARE MY PAGE” options on this page.

Ryan and his family thank you for your support!

Contributions are tax-deductible to the extent allowed by law. This campaign is administered by the Help Hope Live, a 501(c)(3) nonprofit providing fundraising assistance to transplant and catastrophic injury patients. Information: 800-642-8399.

The fundraiser last night was a huge success! Thank you to everyone who helped prepare for the event by donating an item for the raffle, auction or your time! Ryan and Lauren are forever grateful for your support. We will share the news of a surgery date once we have one!

Save the Date! Ryan's family and friends will be hosting a fundraiser on Saturday May 19th from 7-11pm at the Local 103 Union Hall.

If anyone is willing to help we are looking for silent auction and raffles items, as well as volunteers to setup and work the event.

You and your husband and family are in my thoughts and prayers, all things are possible with God in control ❤️.

Praying and wishing you the best <3

Hey buddy,
Still keeping you guys in our thoughts. Anything I can do just reach out!

Wishing you all the best Ryan and a speedy recovery!

Dear Ryan
Sending positive thoughts and lots of prayers as you deal with this.
Love Red and Noelle

With you all the way Ryan! Your hygienist from way back when...Kathy

You got this Ryan!

Wishing you the best of luck with your 2nd surgery! Praying for a fast recovery!

Many healthy and well wishes sent your way!!

Good luck Ryan and God Bless you and your family.

We are sorry we couldn't be at the event! We are thinking of you and wish you all the best in this journey! Love, the Flickingers

Sorry we couldn’t make the event. We wish you a speedy health
The Pierotti’s

Sending love and strength your way!!!

Sending strength and love your way!

unfortunately can't make it to the event at the union hall - hope it was a fun evening for all!

Wishing you all the best my friend, you got this. You're a warrior and you have an amazing supporting cast. Stay strong buddy!

Wishing you much health.

Thinking of you Ryan!
Thanks to all that purchased from me and Touchstone Crystal by Swarovski

My cousin, Bill Morse and his wife Priscilla, , has been keeping me apprised of your progress, good luck and the best of luck for the future.
Ron Lincoln

Best wishes to you and your family Lauren.

Wishing you good fortunes ahead only.

Hoping for a speedy recovery !

Wishing Ryan and his family the very best!

Sending love and support from Jenna's family. We're thinking of you all!

We wish you lots of luck as you journey through this. We'll be thinking of you! Sheryl & Ryan

Thinking of you and praying for you Ryan! You've got this! XoXo

Prayers for your family!

Praying for a full recovery and a happy healthy life.
The Geaneys

Prayers for a speedy recovery.

You got this Ryan!

So sorry you're going through this!

Sending love and prayers to you! Jo

Prayers and best wishes from a church friend of Beth Remmes.

Rooting for you Ryan! And look at you, a Dad too! Love from the Perry Clan

Rooting for you Ryan! And look at you, a Dad too! Love from the Perry Clan

Rooting for you, Ryan, from the mountains of Big Canoe, Georgia!

Sending BIG love and healing for this exciting new chapter of your life.

Hoping for a perfect match and smooth recovery! Love Cait, Scott and Vik

Thinking of the whole family!

Your Baskervill family sends wishes for a successful transplant, speedy recovery and all good things the love of family and frends can bring.

Wishing you many years of health and happiness with your family! - Lori

Thinking of you all!!!

Ryan, you and your family are in our daily thoughts and prayers. All the best to all of you. God Bless!

Good luck, Ryan! May this fundraising endeavor be a successful one for you in order to achieve your goal of renewed health and vitality. Loraine Vincent

Hoping for a speedy recovery. All of us at Aldon miss you!

Thinking of you and your family Allison.

Sending lots of love from Colorado <3

Wishing you and Lauren the best during the coming months :)

Good luck guys! Thinking of you and sending lots of love and prayers your way.

Dear Ryan- Wishing you a fast resolution and wonderful health!

Sending all the good vibes your way! Xo ange

Thinking of you guys!

You got this bro. We’re here for ya.

Note in memo:
In honor of Ryan J Delaney 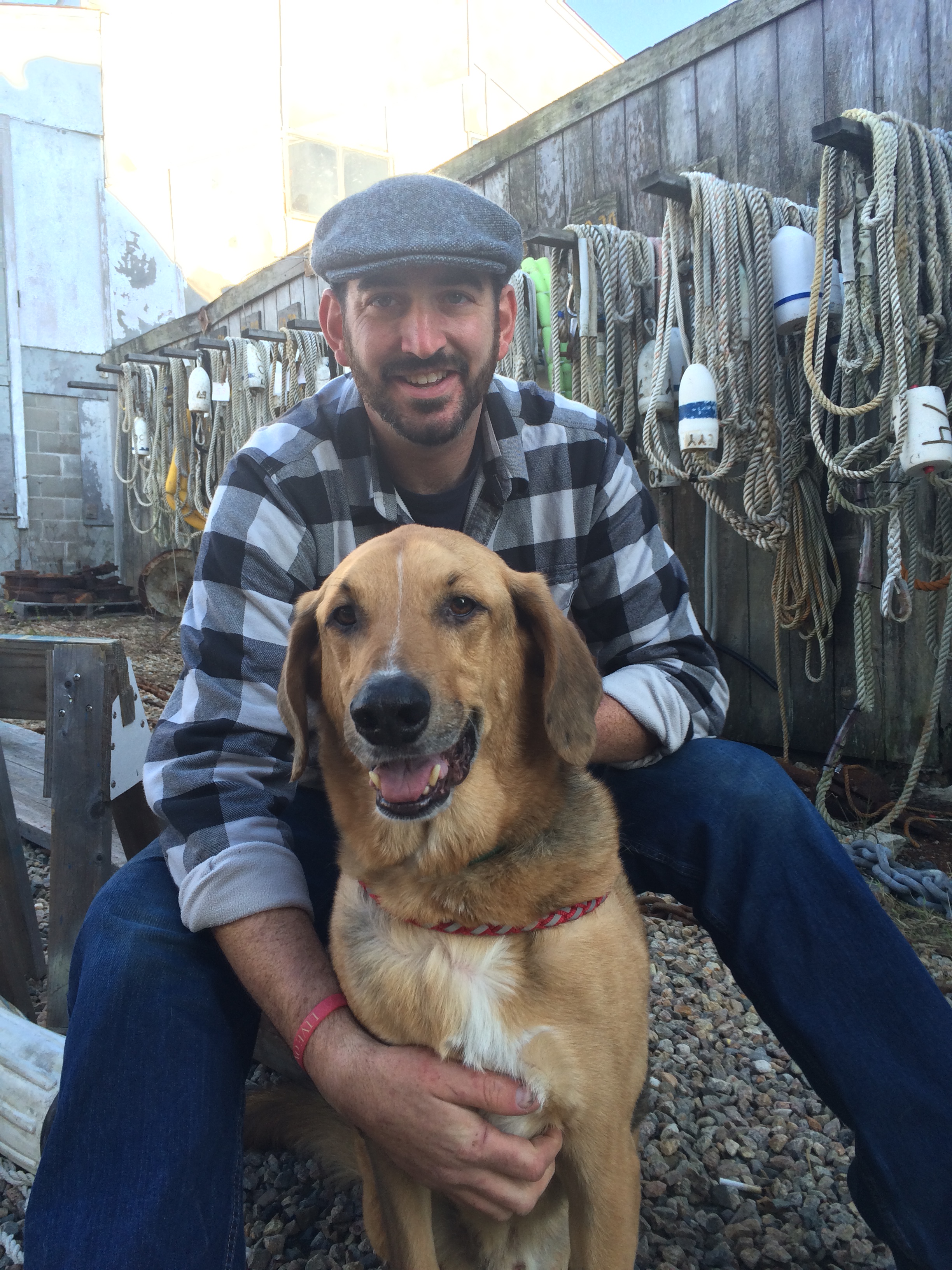