Note in memo:
In honor of Debra Miles

In 2010, our mom, Debbie Miles, was diagnosed with sarcoidosis at age 53. Sarcoidosis is a destructive lung disease, which strikes healthy people for unknown reasons. It results in scarring of the lung tissue and eventually loss of lung function.

While the four of us were growing up, Mom was a stay-at-home mom. With two girls and two boys to keep her busy, she was very involved in our lives and always put us kids before herself. She brought us to our sporting events, girl/boy scouts, clubs, activities, and much more. Whenever our schools needed a parent volunteer for book fairs, art nights, chaperoning field trips, and working sporting event concession stands, she was the first to sign up. When we were all in school full-time, she became a substitute teacher in multiple local school districts. In 2013, she took a job as an educational technician at a school in a neighboring town. She absolutely loved doing what she is passionate about; helping kids learn and grow.

Mom never smoked a day in her life. She lived a healthy lifestyle, yet when she became ill, her life gradually changed. She started cutting walks around town shorter and shorter as she began to lose her breath sooner without knowing why. Eventually, she received a referral to a pulmonologist. After extensive diagnostic testing, including an open-lung biopsy in August 2010, she was diagnosed with sarcoidosis. A few years later, Mom developed an unrelated infection in her lungs called Mycobacterium Avium Complex (MAC), which is a non-contagious “cousin” of tuberculosis. With Mom’s lungs more susceptible to the infection, and with this particular infection being extremely difficult to combat, the treatment involved up to four antibiotics at any time, each of which had significant debilitating side effects.

In June 2016, Mom woke up one morning, couldn’t breathe, and was rushed to the hospital. From that moment on, she was in and out of hospitals in both Maine and Boston. Her health problems began to affect her mentally, and she believed she was on a downward spiral where her health would never improve. She was put on 24/7 oxygen and lost her independence.

Finally, in May 2017, the MAC was successfully treated but not until significant, irreversible lung damage was done. Walking, even around our house, became utterly exhausting. She would completely lose her breath, and even at one-point, lost consciousness and had to be taken by ambulance to Central Maine Medical Center.

Mom’s doctors at Massachusetts General Hospital began discussing the possibility of a double-lung transplant in March of 2017. As scary as this sounded to all of us, Mom finally heard a different word: hope. This was the light at the end of the dark tunnel she had been traveling down. Throughout the summer and fall of 2017, Mom and Dad took many trips to Mass General to see if she was a potential candidate for a transplant.

The motivation for Mom to get a lung transplant increased when she found out she was going to be a grandmother. In January 2018, her first grandchild, Wesley, was born. Whenever she saw him, her eyes would light up! However, while all the pre-transplant testing seemed to be going just fine, Mom woke up struggling to breathe again that same month. She was taken to Central Maine Medical Center and diagnosed with pneumonia. While at the hospital, her condition worsened. Her lungs were unable to expel carbon dioxide and she was transferred to the intensive care unit at CMMC. After weeks of treatment and pre-transplant evaluations, she was able to go home. Finally, on February 6, 2018, after many months of appointments, tests, and waiting, she was added to the New England lung transplant list. At one point, because of the severity of her condition, she became the top candidate for a lung transplant in all of New England.

Shortly after, while a patient at CMMC, Mom received a call from Mass General. A set of lungs matching her criteria was available. She was rushed by ambulance to Mass General, prepped for surgery and prepared herself for the lengthy, life-changing procedure. Just before surgery was to start, it was determined the new lungs were not good and she was sent home. Another one of these “dry runs” occurred a few weeks later and once again she was sent home.

However, on March 24, Mom received a third call and she and Dad headed down to Boston again. This time the new lungs were good and on March 25, 2018, after an 8-hour surgery, Mom received her new lungs!

Right now, Mom is still in Mass General in the post-surgery process where her new lungs are learning to breathe in her body. The recovery from such a significant operation is lengthy. There have been a number of “bumps in the road” but Mom is making progress.

We are looking to raise funds to help with the enormous out-of-pocket expenses for Mom and Dad related to the transplant. This includes deductibles and co-pays for the multiple hospital stays both before and after the transplant, the anti-rejection drugs Mom will need to be on for the rest of her life, travel costs to and from Boston, and the hotel stays for Dad in Boston while Mom is hospitalized throughout her initial recovery, as well as continued travel expenses after Mom is discharged. (Mom and Dad both need to be at the lung transplant clinic sessions two times per week for the first month after discharge and weekly for the following six months.)

Our mom is a loving and kind woman, with a big, warm heart. To see her vibrant personality and physical stamina being taken from her at such a young age is heartbreaking. Mom can’t wait to be able to breathe without the aid of an oxygen tank, walk around the house without worrying if her body has the strength to make it, and finally gain back her independence. This is her chance at getting back the life she used to have.

That’s where you can help! We are setting up this fundraising campaign to help make a difference! Please give what you can and spread the word.  All donations will help!

Through Help Hope Live all donations are tax deductible as allowed by current IRS regulations and every dollar donated is another step towards Mom’s new life. We greatly appreciate your love and support.

Debbie continues to improve every day as she is now past the 9 month mark! She had a setback in September when she was diagnosed with a perforated bowel (most likely caused by one or more of the anti-rejection medications) and needed emergency surgery at Maine Medical Center to have a section of her large intestine removed.

She continues with monthly appointments at Mass General with the associated travel expenses for her and Ed. She also continues with her many daily medications – 17 prescription meds and 8 supplements at last count! If all goes well the next 3 months she will shift to quarterly appointments in April!

Debbie continues to progress during her rehab period. She has now “graduated” from weekly visits to the lung transplant clinic to monthly visits. The clinic staff continue to make periodic adjustments to her medications based on her lab tests and other procedures at Mass General. She has stopped using her transport chair and is now walking with the aid of her rollator. Her breathing continues to improve dramatically. Her last Pulmonary Function Test on 7/5 showed her lung capacity has increased by 40% since her last test on 6/18!

Debbie was discharged from Mass General on May 31 to home. She had progressed well enough with her Physical Therapy in the hospital that she did not need to be transferred to Spaulding Rehab Hospital for additional therapy. She had to stay in the Boston area for a few days but eventually came home on Monday, June 4 after 72 days in Boston!! She is now receiving home health nursing and PT visits to continue her strengthening. She also has continued weekly appointments at Mass General for Transplant clinic visits and various other post-transplant testing. 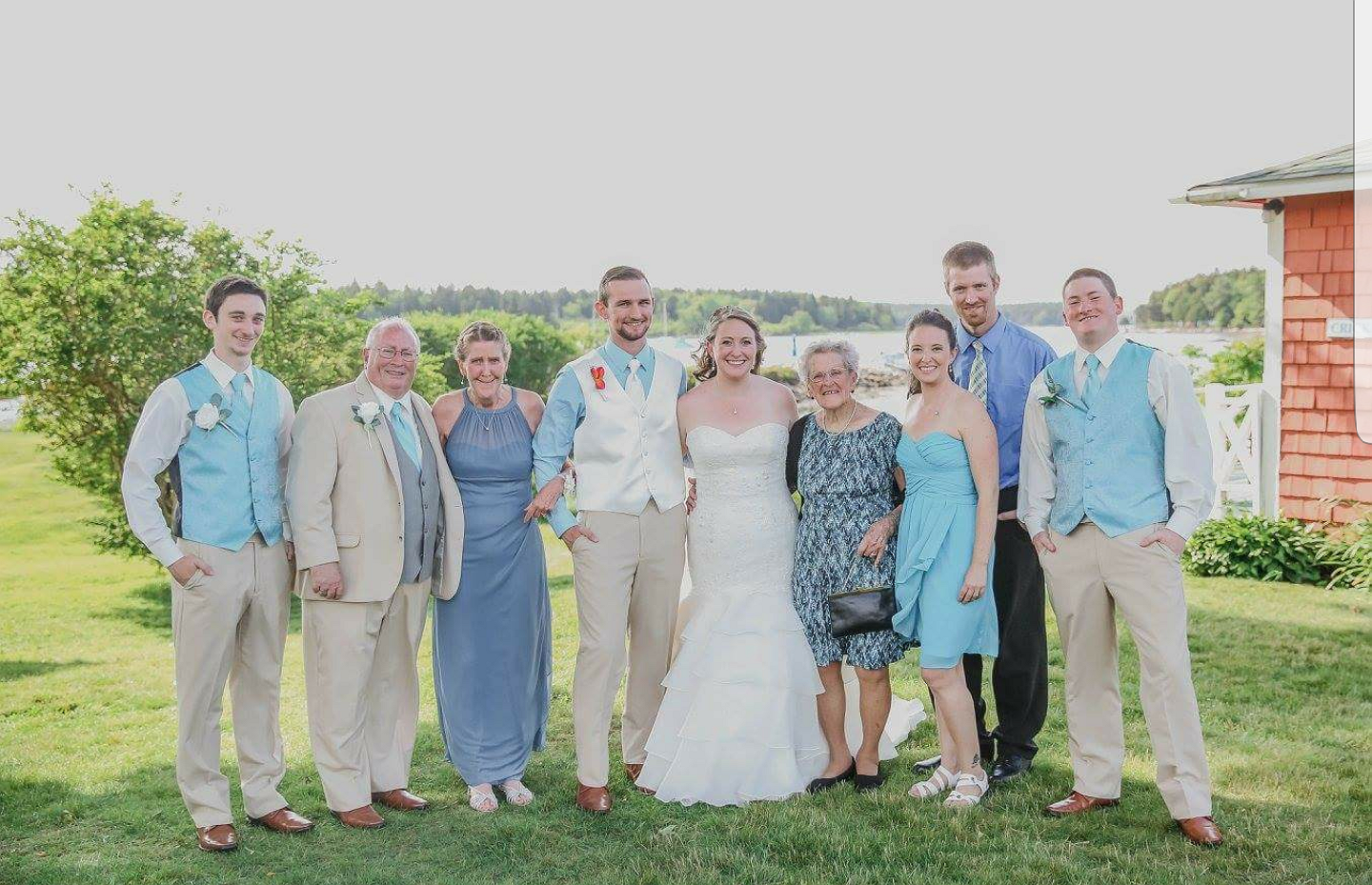 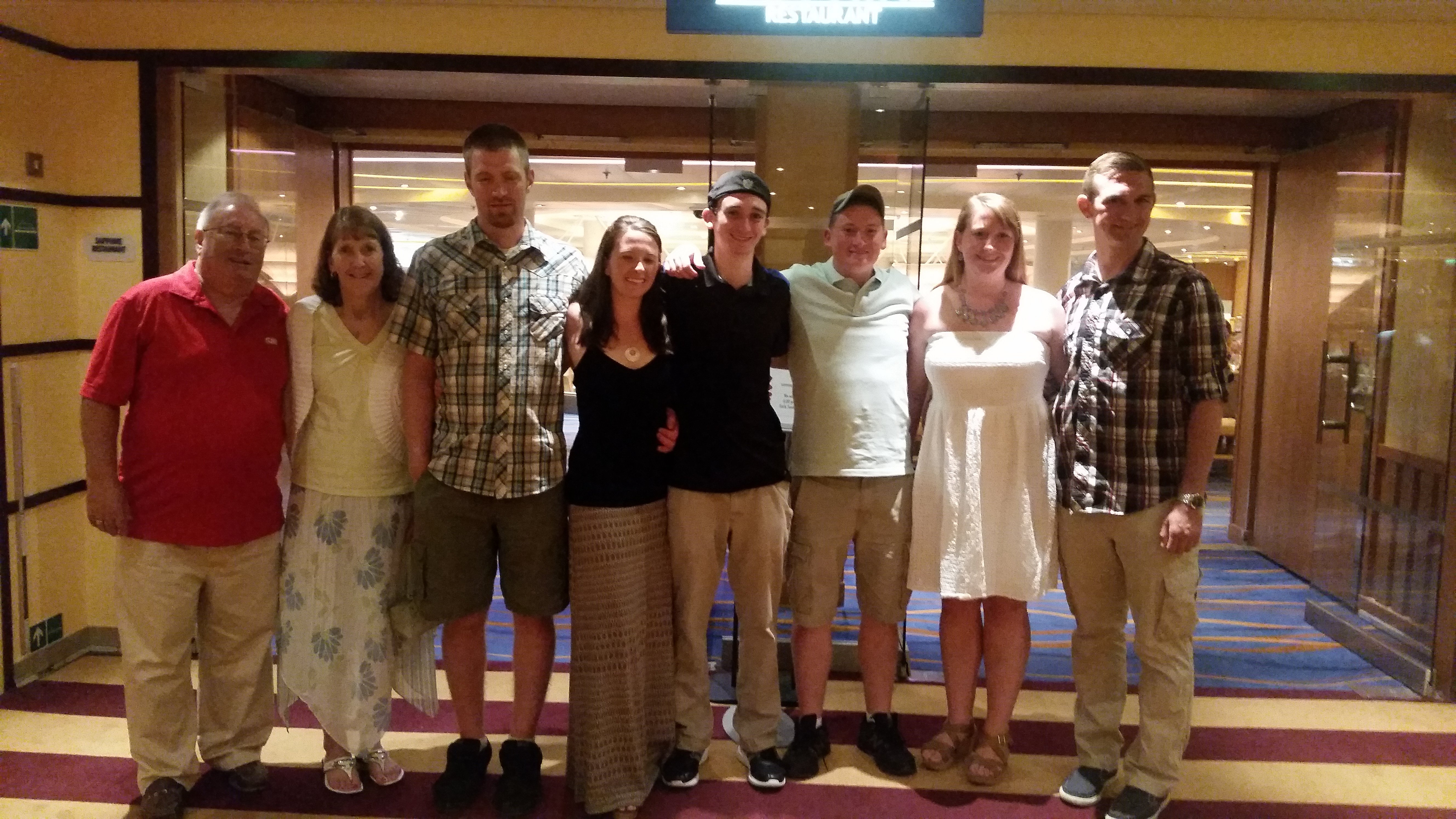 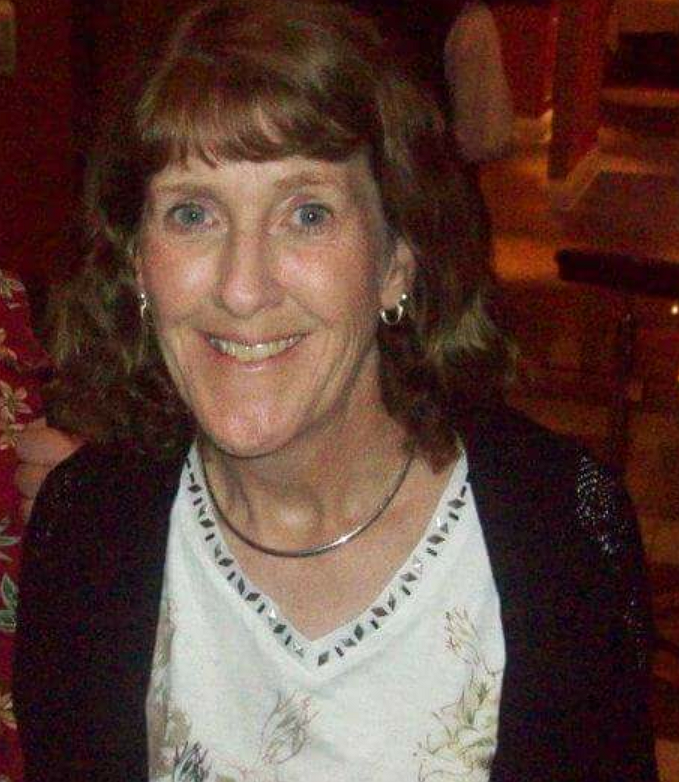 Get Well Soon! Love and Prayers The Vicenzi Family

Our thoughts & prayers are with all of you. Stay strong Debra.

Keeping you and your family in my thoughts. Debbie was always kind to me growing up as was the whole Miles family. My Mom made many trips to Boston for her medical appointments as do I. It is tiring! Hope you feel better with your new lungs!

Speedy Recovery Debbie! I want to see you back on a cruise ship! Jerry and Lisa Dittrich

After some of us saw you last week we are VERY encouraged that you are "turning the corner" in your very long and difficult recovery. Way to go, Deb! We continue to hold you in our thoughts and prayers. Please know how much we love you. Mom, Carol, Keith, Linda, David, Janny and Larry X0

Wishing you a speedy recovery. God bless you and your family!

Debbie, Katie sent this to me; I don't yet know how she found out. In 2010, the docs thought I had sarcoidosis, but it turned out to be MAC. I took antibiotics for a year and a half, and also have scarred and deformed lungs. I'm now recovering from 2 months of pneumonia -- which further scarred my lungs. MAC is so rare -- what are the chances that two of us (or more?) from Applewood got it? I find that very strange.... Meanwhile, having seen my latest CTs, I wonder about my future. I've experienced only a smidgen of what you have, so cannot imagine all that you've gone through, and continue to deal with. My heart goes out to you. VERY BIG -- and GENTLE -- hugs to you and the family. (BTW, Mark and I divorced, and I'm no longer a Zerega, if you ever want to look me up on FB.)

God speed on your recovery!

Go Debby! We know that you will give it all you have with the support of the people you love and your faith. May God Bless you and your family.

Praying for a complete recovering Debbie. Best to you & your family. Dawn

Sending prayers for a fast recovery and hugs to you all! Keep up your strong will Debbie- you are very well loved . Stephanie and Ruben

Sending our donation with love support and best wishes, together we can make a difference to this wonderful brave woman! ❤❤

Note in memo:
In honor of Debra Miles