Note in memo:
In honor of John P. Chirichella

In March of 2017 for the second time since we got married my husband asked me to take him to the er because he wasn’t feeling well. I knew then something was wrong but i wasn’t prepared for the news we would soon get. John hadn’t been feeling well all week. He was having trouble breathing, putting on weight, and food tasted “different” to him. Once rushed in back, three breathing treatment, a bunch of steroids, and tons of blood work came the words we were not ready for. “Mr. Chirichella, you are a very, very, very sick man.”

Then it was explained to us that he was in complete kidney failure and diabetic ketoacidosis. We could not believe what we were hearing. John had been diagnosed with diabetes just prior to us getting married and did pretty well with his numbers. His creatinine levels were slightly elevated but under control. In a matter of a week they went from 2.6 to 9.?. His kidneys had shut down. They said they would be admitting him and he would need to start dialysis.

The next few days were tests, procedures, a temporary port for dialysis, and then a fistula for long term dialysis. It was at this time that I found out how close I came to losing my husband. I was told if he had waited another four hours or so he would not be here.

John has always been a loving caring person who was always there for people when they needed him. John is always a proud man and would very rarely ask for help.

John has been on dialysis for 1 year now. He goes 3 days a week for 4 hours a day. He has lost 130 pounds, he sticks to a very strict diet. This has allowed John to seek out a Kidney transplant. A couple of months ago John started the process to get put on the transplant list and is now on the list. Now the wait begins.

John rarely asks for help, so when the social worker at the transplant center recommended fundraising and he agreed, I decided to set this page up for him. John and his family are asking for any help in raising funds to help with the medical expenses associated with a kidney transplant not covered by insurance.

John has chosen to fundraise for Help Hope Live in part because Help Hope Live assures fiscal accountability of funds raised and tax deductibility to the full extent allowed by law for contributors. Contributors can be sure donations will be used to pay or reimburse medical and related expenses. To make a tax-deductible donation to this fundraising campaign, click on the Give button.

I know it has been a while since I have written an update. Our bump in the road turned out to be more of a hump in the road. While in the cath lab we found out that the two stents John had put in 2 years ago were failing and there was a new blockage. We were told that John would need a triple by-bass. On June 1st John had open heart surgery to repair all 3 of his blockages. He is now 11 days post op, hope and doing well. He is continuing with dialysis with his usual schedule and will follow up with his surgeon in 4 weeks. This man that I married continues to amaze me every day. He has been through so much in the past 2 years and continues to push forward. He hardly ever complains. Even after going through open heart surgery he still continues to get up at 3 days a week at 4:00 am to make it to dialysis by 6. It’s been a rough 2 weeks but i wouldn’t change it for the world because I still have my world with me. Hopefully now he can be put on the transplant list.

Well we have hit a little bump in the road. John’s stress test came back positive so now he has to go to the cath lab before he can be put on the transplant list. The up side is his cardiologist looked over his results and doesn’t see anything wrong. Hopefully this is just a formality. Will continue to update.

As of today April 18, 2018 John is continuing with his testing. He went for his final two tests today for his evaluation process. He will meet with the surgeon on Friday. I went to visit him for the first time yesterday at dialysis. I have to say I have a whole new respect for my husband. He wakes up three days a week at 4:45, showers and has breakfast and is out the door by 5:30 so he can be at the dialysis center by 5:45. The best part is he never complains. I was only able to stay a short time with him but in that short time he explained the machine, the numbers, and the whole process to me. He also pointed out all the girls who he speaks highly of all the time. God bless this man and all of the people who go through this. And god bless the people who help those who go through this every day. I will continue to post updates. 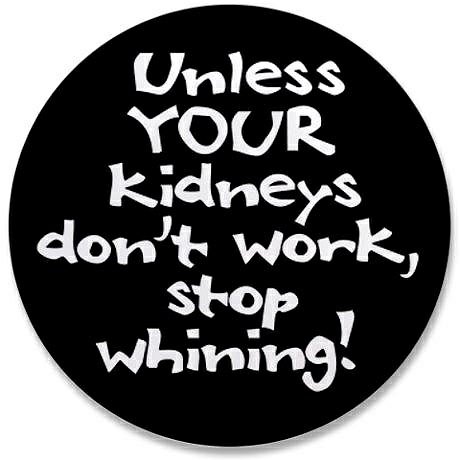 Paula, john and. JP, I am so very sorry to hear about John's health issues. I know that he is one of the strongest people I know and has overcome obstacles without hesitation and for him to ask for help, I know that this must be serious. Prayers and love to all of you.

I am here for you guys no matter what you need. Love you.

Note in memo:
In honor of John P. Chirichella 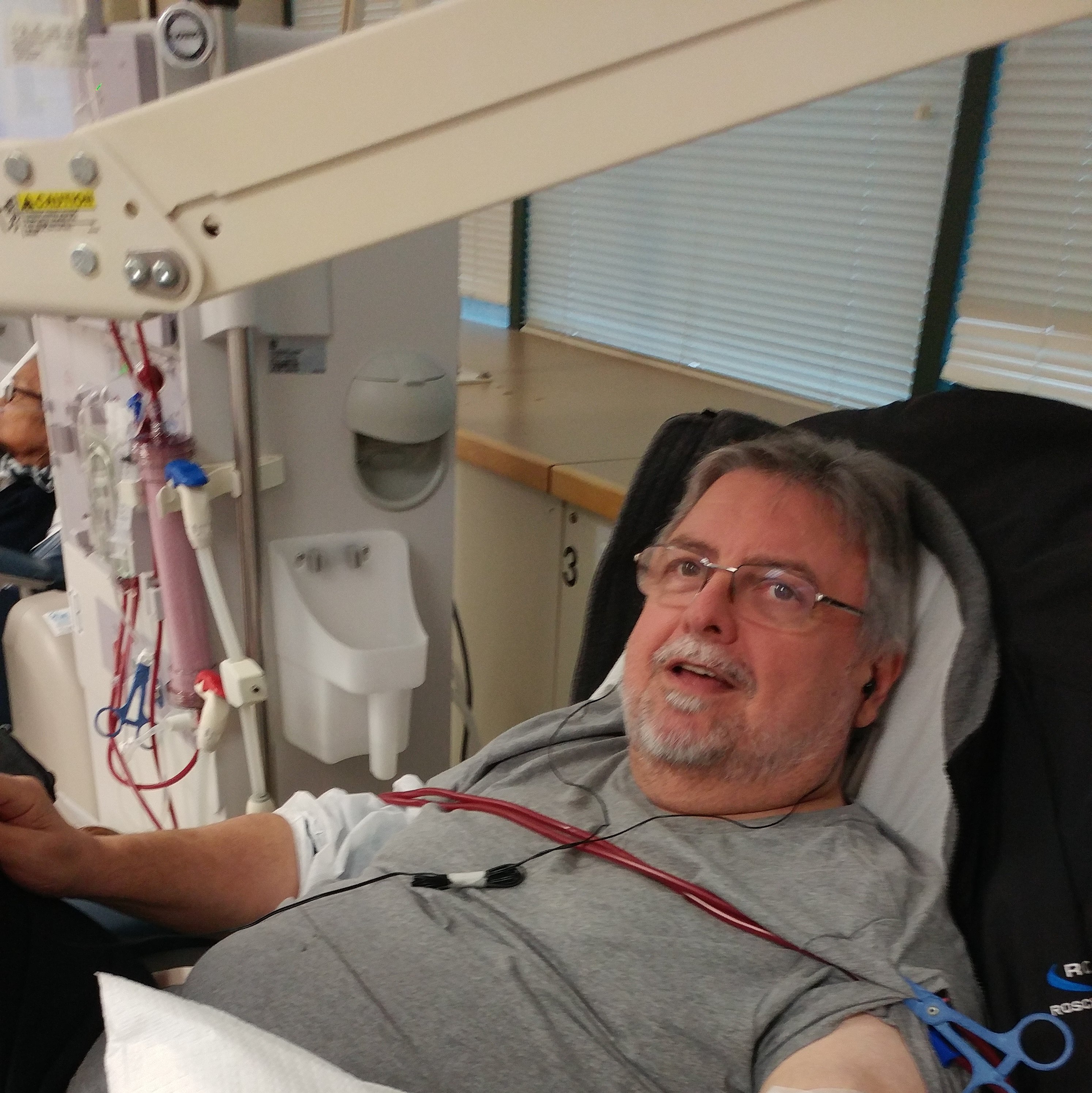