Note in memo:
In honor of Andrew Kelly

Andrew Kelly started his battle when he was only 15. He was diagnosed with juvenile diabetes. Little did he know at the time, but it changed the course of his life.

When Andrew got older, he had three sons who he loved,
supported, and worked hard for. When he was 32, he was diagnosed with Gastroparesis. Gastroparesis is a rare condition that affects the stomach muscles and prevents proper stomach emptying. Less than 200,000 cases are
reported every year, and there is currently no known cure.

Because of this condition, Andrew faces every day watching what he eats and fighting nausea and stomach pains. He has spent countless days in the hospital due to it. Somehow at end-stage he still managed to work hard and live as normal of a life as possible. In 2011, Andrew added a little spunky baby girl to his family.

Then, in early 2012, he was diagnosed with end-stage renal disease. It is the last stage of chronic kidney disease. At this stage, dialysis or a kidney transplant is necessary to live. Kidney disease is the 9th leading cause of death in the United States.

Even with this devastating news, Andrew knew he had to push forward for his children. He immediately started dialysis, which took up 4+ hours of his life three times a week.

Between the kidney failure and gastroparesis struggles, Andrew found it more and more difficult to continue working. Eventually, he was fighting his illness so much, he would only have a day or two between hospital stays
and was forced to quit working. Because of the type of person he is, this caused him a lot of emotional distress and triggered his gastroparesis, we believe, even more.

That year, he spent over 200 days admitted to the
hospital. When he was home, he spent his time doing dialysis and had very few days he was able to function semi-normally. He finally decided he couldn’t continue that way and enrolled in school.

At first, we weren’t sure how it would go. But he found giving himself something else to focus on, significantly improved his health. Since then, he has received his
associate’s degree and is only a handful of classes away from graduating with his Bachelors.

During this time, he also continued to be actively involved in his daughters’ life and even excelled at being a single parent for over a year. After graduation, Andrew wishes to return to work but knows that it will be challenging to do while he continues to fight his diseases.

In December of 2017, he finally received some good news, he was eligible to be evaluated for a Kidney and Pancreas transplant. This will be life-changing, but there was a long road ahead to get there.

In January of 2018, Andrew went to the hospital for symptoms of Gastroparesis and while in the ER, his heart rate skyrocketed to 190+ bpm. The doctors could not
bring it down nor could they give a definite answer as to why this was happening.

Andrew was ultimately admitted to the ICU and a few days later released with no answers as to what had happened. In February, his Gastroparesis flared up again, and he was able to conquer it at home.

However, after three days of the stress put on his body, he went back to the ER with chest pains. He was immediately taken to do dialysis, and during this time, his heart rate elevated again. This time, they advised him that he needed to have his heart shocked to bring it down, which came
with many risks, including death.

Andrew was released from the hospital only a few hours later with still no answers as to what was happening. The
very next day, he started experiencing chest pains again and returned to the ER. This time, a doctor took the time to sit with him and really make him feel like someone cared about his problems. She explained to him that
his dialysis could be placing extra stress on his heart and that is what is causing his heart pains and the sudden increases in his heart rate.

Knowing that now, with the added stress on his heart, there was no time to wait, together, with family, Andrew crunched numbers and set up a plan. Later that day, he received another call from the transplant team, they were
placing him on this list for a Kidney transplant!!

These literately will be life-saving medications. The social worker with the transplant team advised him that he needs to come up with at least $20,000 to pay his part
of the surgery and medication.

As many people know, this just isn’t possible on your own when you are living on a minimal and tight budget.

So, we have decided to ask for your help. Any amount, no matter how small or big, will mean that you are giving an amazing son, brother, father, and friend a chance at life.

Andrews daughter is only 6 and already knows so
much more about illness than any child should. All she wants is to have her daddy be able to do the things other daddy’s get to do with their daughters, without the constant pain and unknowns of if tomorrow will come
or not.

Please help us save her daddy! After years of struggling, Andrew finally has a chance to get his life back, he needs a little bit of all of our help.

Family and friends of Andrew Kelly are raising money for the nonprofit Help Hope Live to fund uninsured medical expenses associated with transplantation.

Andrew has chosen to fundraise for Help Hope Live in part because Help Hope Live assures fiscal accountability of funds raised and tax deductibility for contributors. Contributors can be sure donations will be used to pay or reimburse medical and related expenses. To make a tax-deductible donation to this fundraising campaign, click on the Give button.

Note in memo:
In honor of Andrew Kelly 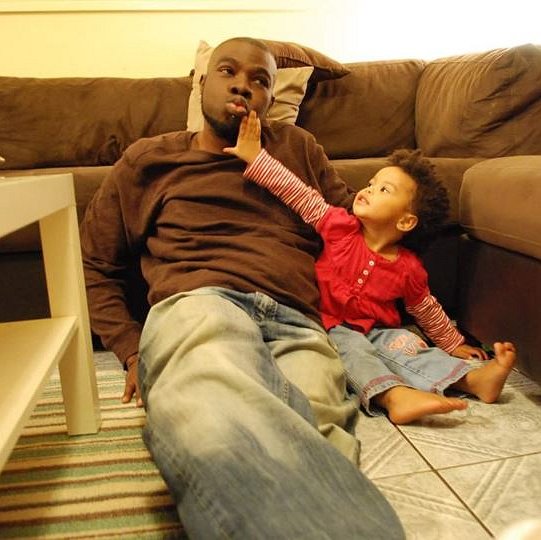