Note in memo:
In honor of John C. Melia

HELP GET JOHNNY OUT OF A JOHNNY!

John Melia needs a liver transplant. In 2001, John was diagnosed with Primary Sclerosing Cholangitis (PSC), a rare autoimmune disease that causes the bile ducts inside and outside of the liver to become scarred, narrowed and eventually blocked which leads to liver damage and cirrhosis. This disease, which is unrelated to alcohol consumption, has no cure.

At the age of 40, John became a registered nurse. He received a degree in civil engineering, worked for the City of Methuen and in the private sector for many years, but felt a mid-life career change called to him.

John has always been the friend/neighbor/family member who is always willing to help, to give of himself and his time. Having always been interested in the medical profession, a new career as a nurse was a natural choice for him. He has worked at Lawrence General Hospital for the past 22 years, the last 17 of which have been in the operating room. John has always been an extremely active person, running marathons, and chasing after his three children.

Anyone who knows John will tell you that his love for his family, wife Kathleen (Lehane), and children Teagan (Kevin) Melia, Kelly Blanchette, and Molly Phongchit, is what motivates him to continue on this path for a new liver and a new chance at life. He expects his first grandchild this summer. His large extended family includes Mary Jane Decorpo, Michael Melia, Patricia Melia-Wholey, Ann McClellan, Martin Melia (deceased), Edward, Stephen, Daniel Melia, and Kathleen Gardella.

It was recently determined that John’s daughter, Molly, is a match and will be donating a portion of her liver to him. Molly is an Emergency Department nurse at Lawrence General Hospital and married Anikko Phongchit this past October.

While John has good insurance, which will cover most of his and Molly’s surgeries, they will have many out-of-pocket expenses that his insurance will not cover. These could include:
* copayments
* lost wages during a considerable recovery period
* travel, mileage, food
* household bills
* post transplant prescriptions (anti-rejection medications)
* rehabilitation services

HELP HOPE LIVE is a national nonprofit organization dedicated to supporting community-based fundraising for people with unmet medical and related expenses due to cell or organ transplants or catastrophic injuries and illnesses. Donations to HELP HOPE LIVE can help ease the financial burden of a transplant and allow John to focus on a healthy recovery and a long life with his new liver. Donations are tax deductible to the full extent allowed by law because of their nonprofit status.

Get Johnny Out of a Johnny Kick-Off Event will be held June 10th from 2:00-6:00 p.m. at Stevens Estate, North Andover, MA. There will be good music, good food, great people , a silent auction, and basket raffles. Cash donations, as well as food, beverages, and auction items are most welcome.

Donations can be made anytime by logging onto helphopelive.org in John Melia‘s name.

John has spent his entire life helping others in need. Those who know and love him hope to do the same for him. We appreciate any help that you can provide to HELP GET JOHNNY OUT OF A JOHNNY!

John had his liver transplant on August 1 with Molly donating a portion of her liver to her dad.
They are both recovering and have good days and not-so-good days. Step by step is our new motto.
Thanks all for your thoughts, prayers, and generosity.

Update! John and Molly will be going in for their surgeries next Wednesday, August 1st. Thank you to everyone for the support, donations, and love during this difficult time. We will continue to provide updates throughout the process. Keep an eye out for future fundraising events after the transplant.

Happy to know that you both are on the road to recovery. What a happy story!

John and Molly, We are keeping you in our prayers. Peace, love, happiness and good health your way❤️ Tara Gallagher Hanrahan and Family

Sending my love and prayers to you John. Maybe you remember me from Methuen Town Hall. I remember you and I am praying for you. Maybe your sister Kathie would remember me as Sara's mother. Good luck!

Such an awesome gift that a daughter can give to her dad.....who is one who gave her life to begin with !! My prayers are with you both & your family. Godspeed, John & Molly !!!

Molly prayers, strength, and hugs sent your way for you and your Dad

Sorry we couldn’t make it to the event! Sending good vibes from Connecticut!

Best wishes to you John!

Sorry I couldn't be there Sunday. You and Molly are in my prayers.

Best of luck to your and your family Molly!

Hi John and Family, I saw the article in the paper and was so sorry to hear that you need a liver but so grateful that your daughter is a match. I am praying for both of you-all of you. Sent with love.

Sorry I cannot be there but please know you are in my thoughts and prayers. Hope all goes as planned and speedy recovery for both of you!!!!!! Landra

Such a beautiful day for such a great event John. Sorry I couldn't make it. Hope all is progressing on schedule and that I'll see you soon at Larry G With love.

Wishing you all the best and our thoughts and prayers are with you. Love. Mike and Glenna Gallagher

HelloJohn.Anita told me about your problem.We are all pulling for you to get this done and get well soon.Your toughness and determination will get you through this. God Bless,Ron Marvin

All our thoughts and prayers are with both of you during the procedure and the rehab. God bless, Nora ( Smith ) & Jack Parell

We are praying for you!

Sending love and hugs to all. Best of luck with the surgeries.

John and Molly, You are a great inspiration and loved at Lawrence General Hospital. You are in my thoughts and prayers as you go through these procedures! Warm Regards, Karen

All the best wishes for this endeavor, John...and for brave Molly, too!

Thinking of you John, and wishing you both the best.

John - Tom C. and the entire RhumbLine Team wish you the best of health through this difficult procedure.

Thinking of you Molly

All the best John! Keep fighting!

Wishing you all the best John!

Hang in there Johnny, you are in our prayers ! Mike and Linda

Wishing you all the best!

Fingers double crossed for our wonderful neighbor. Always in our prayers

Keeping all of you in thoughts and prayers ❤️

Note in memo:
In honor of John C. Melia 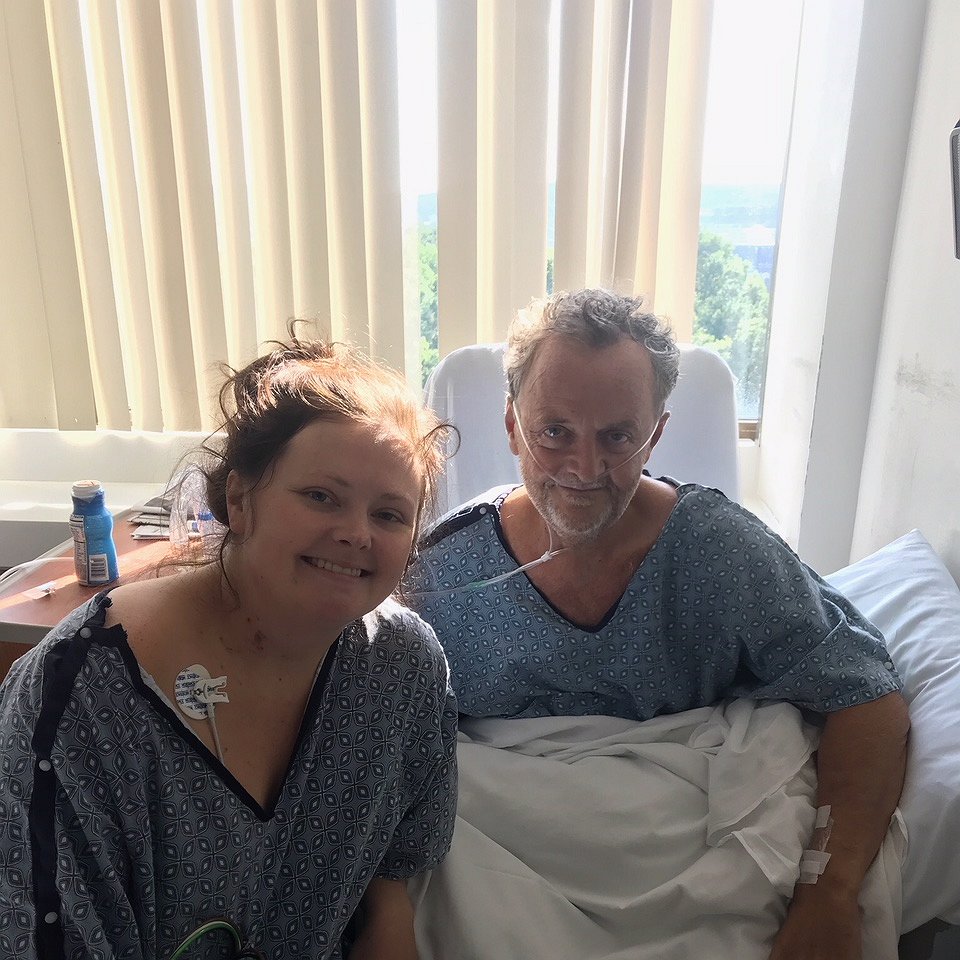