Note in memo:
In honor of Jonathan Arroyo

Jonathan is a fighter and has persevered though a very long road to recovery that has been complicated not only by medical issues, but a huge weight gain and loss and even bullying by classmates. Jonathan has survived all of these trials and tribulations and now he needs your help.

Family and friends of Jonathan Arroyo are raising money for the nonprofit Help Hope Live to fund uninsured medical expenses associated with transplantation.

Jonathan’s medical issues began when at the age of 10. He began seeing multiple doctors at CHOP in Philadelphia including Urologists and Nephrologists. He began to quickly gain weight reaching as high as 523 lbs. He had to undergo surgeries even enduring a vesecostomy. For six weeks, he had to stay in the Seashore House, a Children’s Rehabilitation Hospital.

Imagine how sad it was for a mother that when he finally got back to school, his classmates called him “Diaper Dan.” This forced us to get Jon a tutor at home for awhile. This setback only made the weight gain greater which of course put his diabetes into a tailspin.

Jon does not give up. He decided to have gastric bypass surgery. He dropped the weight, but not before it was too late. Jon went into kidney failure on November 4th of 2010. We almost lost him but after 3 weeks in the hospital and 9 years of dialysis, he was put on the transplant list. This was no easy task because Jonathan had to earn his spot on the list by losing more weight. Thankfully, the weight dropped quickly for Jon; he now weighs 191 lbs and was on the transplant list.

Help us help Jon finally have a normal life. Jonathan has chosen to fundraise for Help Hope Live in part because Help Hope Live assures fiscal accountability of funds raised and tax deductibility to the full extent allowed by law for contributors. Contributors can be sure donations will be used to pay or reimburse medical and related expenses. To make a tax-deductible donation to this fundraising campaign, click on the Give button.

Jonathan has been down a very long road, he started having medical issues at the age of 10, at which time he had to start seeing Dr’s atCHOP in Philadelphia. He needed Urologists and Nephrologists and he was gaining wait, even had to have a Vesecostomy and had to stay in the Seashore House for 6 weeks, a Childrens Rehabilitation Hospital. It was sad, when he returned home and back to school kids called him Diaper Dan etc therefore he was setup with a tutor at home for a while. He put on more weight getting up to 523 lbs. His diabetes became worse, finally he decided to have Gastric Bypass Surgery. Finally he dropped the weight, but not before it was too late. Jon went into Kidney Failure Nov 4th of 2010, we almost lost him. 3 weeks in the hospital and 9 years of Dialysis and and the Transplant list, but he had to earn the Transplant List by losing more weight, the weight dropped quickly for Jon thankfully. Finally on the Transplant list and he now weighs 191 lbs and has a brand new kidney as of Sept 4th 2018. He also graduated Muhlenberg Vo-tech, scoring highest on the Nocti’s test and graduating Muhlenberg H.S. in 2005. Help us help Jon finally have a normal life.

It was a long holiday weekend, Labor day. And Jonathan has been waiting for a 9 years on dialysis. And we received several phone calls from the transplant team over the last two years or so. He was always backup or primary never at the front of the list. We were starting to give up hope. Finally the morning of Sept 3rd 2018 we got a call saying he was backup again, we thought nothing of it. As the day went on 3:00 that afternoon we got another call that the primary declined the kidney, did Jonathan want it? I said YES, OMG! I then proceeded to call Jonathan on his cell phone and thought to my self Jon if ever you pick up your cell phone, do it now. He was at his girlfriends house. He picked up, I said Jon you got a kidney, we need to be at then hospital asap. We arrived at the hospital by 6:08 that evening. By 11:00 that night he was in surgery. That Friday he came home, but there were lots of doctors appointments and labs to be done even a few tests and procedures. He is almost two months out of surgery at this point and thank goodness, doing well with the new kidney.

Before the weight loss

Note in memo:
In honor of Jonathan Arroyo 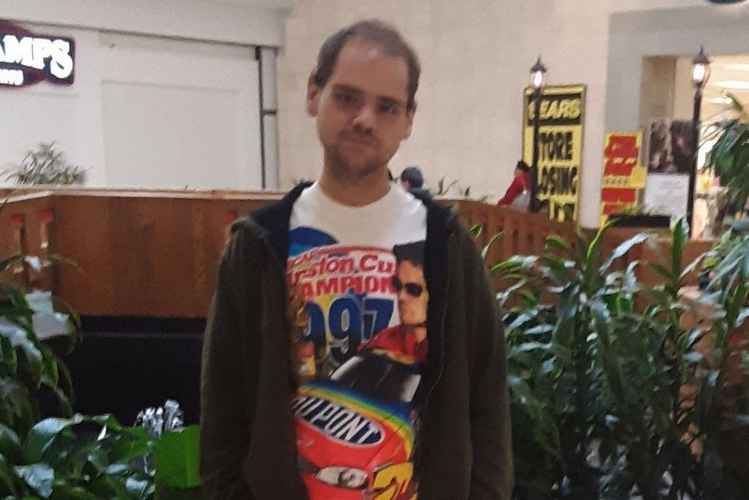