Note in memo:
In honor of Michael Steven Carlson

Michael was born June 2, 1999 to Shawn and Shelley Carlson. His little sister Jane came along a few years later.

Michael grew into a man who enjoyed working with his hands, being outdoors, hunting, fishing, cross country skiing and other sports. Michael was a captain both his Junior and Senior year for one of the most physically demanding high school sports, Nordic Skiing. In addition, leading his team as a captain, Michael competed both Junior and Senior year at the State Competition.

On August 19th, 2018, Michael’s life changed when he went to a nearby lake to swim after working a very hard day at his summer construction job. He met up with friends, eagerly dove in to cool off from the August heat, and unlike his friend who dove in beside him, Michael did not come to the surface. Michael struck the bottom of the lake with his head and watched the surface fade away while struggling to make it up for a breath of air. He could not move his arms or legs though fighting frantically to make it to the surface. Michael held his breath as long as he could before he went unconscious and remained under water for a couple minutes. When Michael didn’t resurface, his friend began searching for him, and thankfully he brought Michael out of the lake and performed CPR, and called for help.

Michael was brought to the nearest trauma hospital. He had taken in an immense amount of water which caused drowning and his heart had stopped. He was intubated and put into a medically induced coma and soon after, brought into surgery. At about 10:30, there was a knock on the door at home. His mom, Shelley, went to the door and was greeted by two police officers, who explained that Michael had been in a serious accident and was at the hospital. The entire family raced to the hospital and Michael’s sister, Jane, collapsed in hysterics at the shock of seeing her big brother, white faced, intubated and unconscious.

The damage to his C5 vertebrae was significant. The front half of this vertebrae was removed and replaced during surgery. His spinal cord may have been partially severed, has experienced bruising and is still in the recovery stage of his healing. This type of injury is classified as a quadriplegic – but the medical team has made it clear that a minimum of 6 – 12 months is needed for the spinal swelling to go down.

After his accident Michael spent many weeks in the hospital, both in the ICU and in the hospital’s rehab center. Michael then moved to the Courage Kenny Center to continue his rehabilitation. Michael works very hard each day, and continues to gain strength in his shoulders and biceps. Michael does have tingling sensations from his waist to his toes, which can be common in an incomplete spinal sever. We are very grateful for this. We are immensely hopeful that Michael will walk and regain full function of his hands and bowel/bladder. He is incredibly fit and motivated. To say that our son is a hard worker is a gross understatement. This area of his character lends well to the very hard work involved in his recovery. He has recently been able to ever so slightly move the middle finger of each hand and his big toes. We joyously celebrate each incremental achievement and understand that his success is measured in small but important milestones.

The life changes that occur after such a catastrophic event are overwhelming and affect not only the person who is injured, but their family and friends. We take for granted that we can walk, hold a fork, lift up our head, take care of our own personal needs and generally live our lives without too much help from others. Our hope for Michael is that he will continue to improve and that we can provide the specialized care and equipment needed to achieve that goal.

There are many things that Michael will need to help with his day to day living as well as ongoing restorative rehabilitation. The tools and medical supplies are incredibly expensive.

These include:
Specialized Restorative Therapy Program – $64,000 per year
The ABLE program delivers a complete fitness and wellness program that incorporates locomotor training, Functional Electrical Stimulation (FES), the Giger MD therapy device and guided fitness activities to challenge muscles and movement below the level of injury. Courage Kenny Rehabilitation Institute’s ABLE program is one of only six community fitness and wellness facilities nationwide that are part of the Christopher and Dana Reeve Foundation NeuroRecovery Network. NRN is leading research on spinal cord injury. Dr. Susan Harkema, head of NRN also is doing epidural stimulation research. This therapy is vital to Michael’s ongoing recovery.
Rotating Bed – $20,000
This type of bed allows Michael to be rotated properly and consistently without interrupting his sleep. This helps to alleviate bed sores and skin breakage, which can lead to deadly infections.
Manual Wheelchair – $12,000
This wheelchair helps Michael to continue to develop muscles. It is made of a very light weight metal and designed and fit specifically for Michael.
Van – $40,000

We are grateful for any help we receive, and anything will help. We also ask for your prayers, and we believe God is in control.

“For I know the plans I have for you”, declares the Lord, “Plans to prosper you and not to harm you, plans to give you hope and a future”. Jeremiah 29:11

Happy holidays to everyone!

I, Michael and the entire family are extremely humbled by all of your generous donations and kindness that you all have shown over the last two years since my injury. From friends to family to complete strangers, it has blown us away. I don’t even know how to put into words what it means to me and my family.

There’s no way that I could be where I am today without the incredible generosity and love of every person who has donated, either here on Help Hope Live or directly to us, as well as your prayers and gifts in kind.

Although this has been an especially trying year for all of us, it has also been a time where people have risen to the challenges, and have served, connected, and loved in ways we never thought possible. We are incredibly grateful for the support we have received, both before and during the pandemic.

We have been overwhelmed navigating Michael’s care in the past two years and feel an update is long overdue.

Foremost, thank you for all the donations and prayers that you have given to support Michael.

Since our last update:

Spinal cord injury rehabilitation is an incredibly slow process. We have had many victories, though at times it can feel like we take two steps forward and two steps back. He has strengthened a lot of muscle groups, and has worked so hard to adapt to his limitations, and find different ways to do the tasks that we do so easily. Thanks to his very strong father Shawn and other family and friends, as well as Michael’s determination, he has been able to enjoy summer and ice fishing, and visits with friends. Both his physical training and excursions like these have helped him develop strength and control in his hands. Although Michael is still paralyzed from the chest down and has only very limited use of his arms, his torso is getting stronger, which makes it easier to transfer in and out of the car.

These improvements are only possible through the ongoing therapy and physical training he receives.

Through insurance, we were able to get a manual wheelchair as well as a power chair.

We still do need a wheelchair-accessible van, but currently need to put that on hold because of high ongoing expenses with the ABLE program at Courage Kenny and physical training with Fit for Recovery. We started with 4 days/week in the ABLE program which is optimal, but have had to drop to 2 days a week due to tight finances. Even cutting costs as much as we can, these needs add up to $4,800/month.

These are not optional expenses—this is Michael’s new normal. The care he is receiving now is life sustaining. With the ABLE program, if payment is interrupted even for a short time, Michael will lose his spot in the program and have to go back onto a long waiting list. In addition, 2 days per week of Fit for Recovery is barely enough for maintenance… for Michael to improve, he really needs a 3rd day per week, which adds another $600/month.

To help you connect with where your donation is going, we have introduced a Fund a Need event found on this Help Hope Live page, along with a flyer that you can email to friends, family, co-workers and companies, as well as post on social networks. As always, your donations are fully tax deductible, and many people and companies at this time of year are looking for tax write-offs before their year end.

PLEASE NOTE: all donations to Help Hope Live must be clearly identified as being “In honor of Michael Steven Carlson.”

We pray you have a wonderful Christmas and holiday with your friends and family. We hope to give more frequent updates, and have included some photos of Michael to this page. Thank you again for your continued support to Help Hope Live in Michael Steven Carlson’s honor. 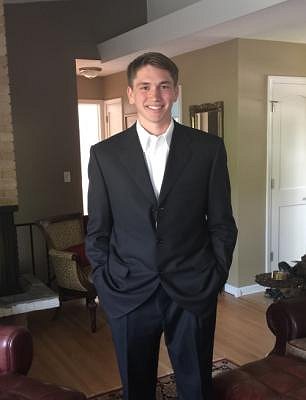 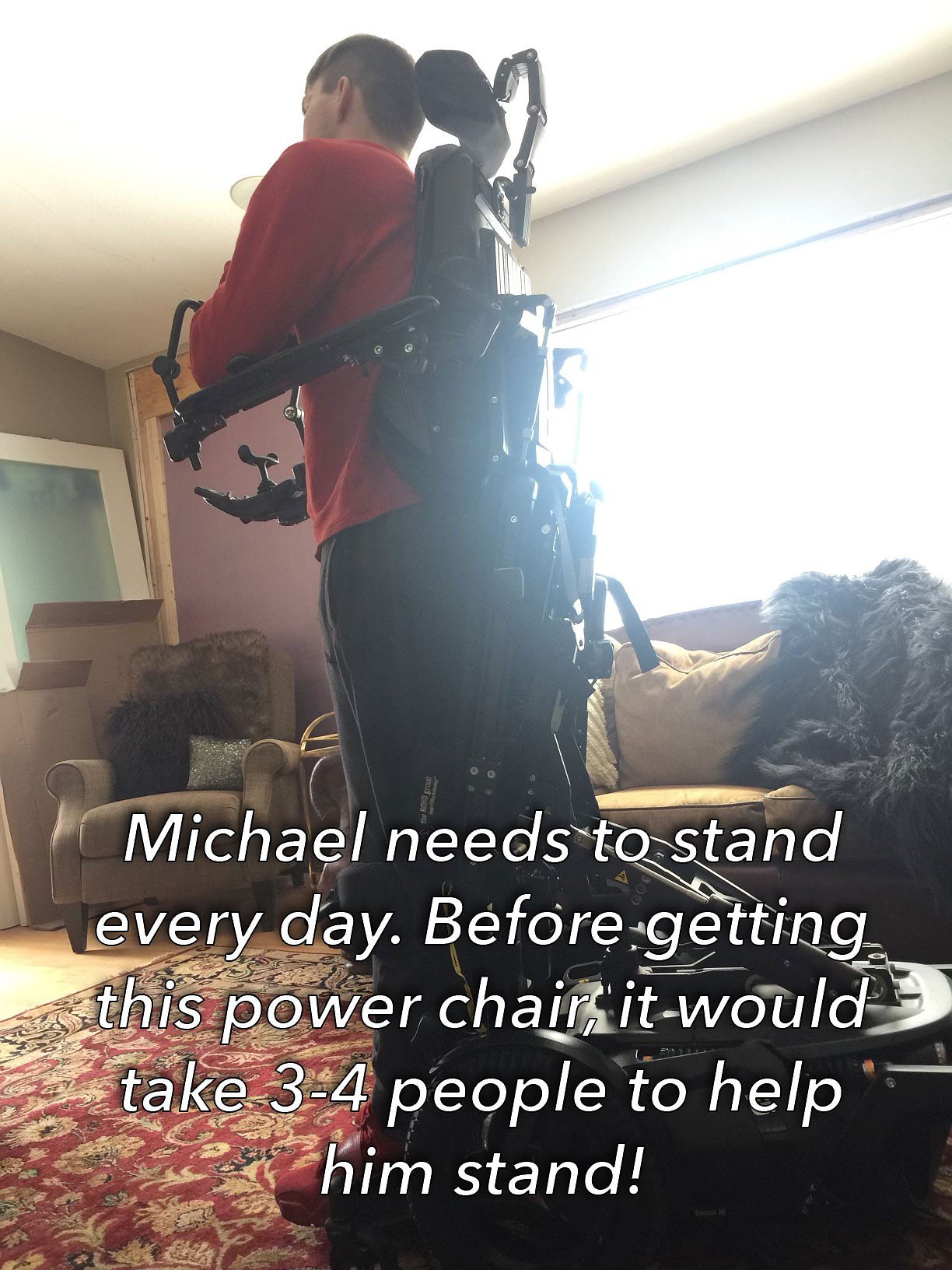 Note in memo:
In honor of Michael Steven Carlson 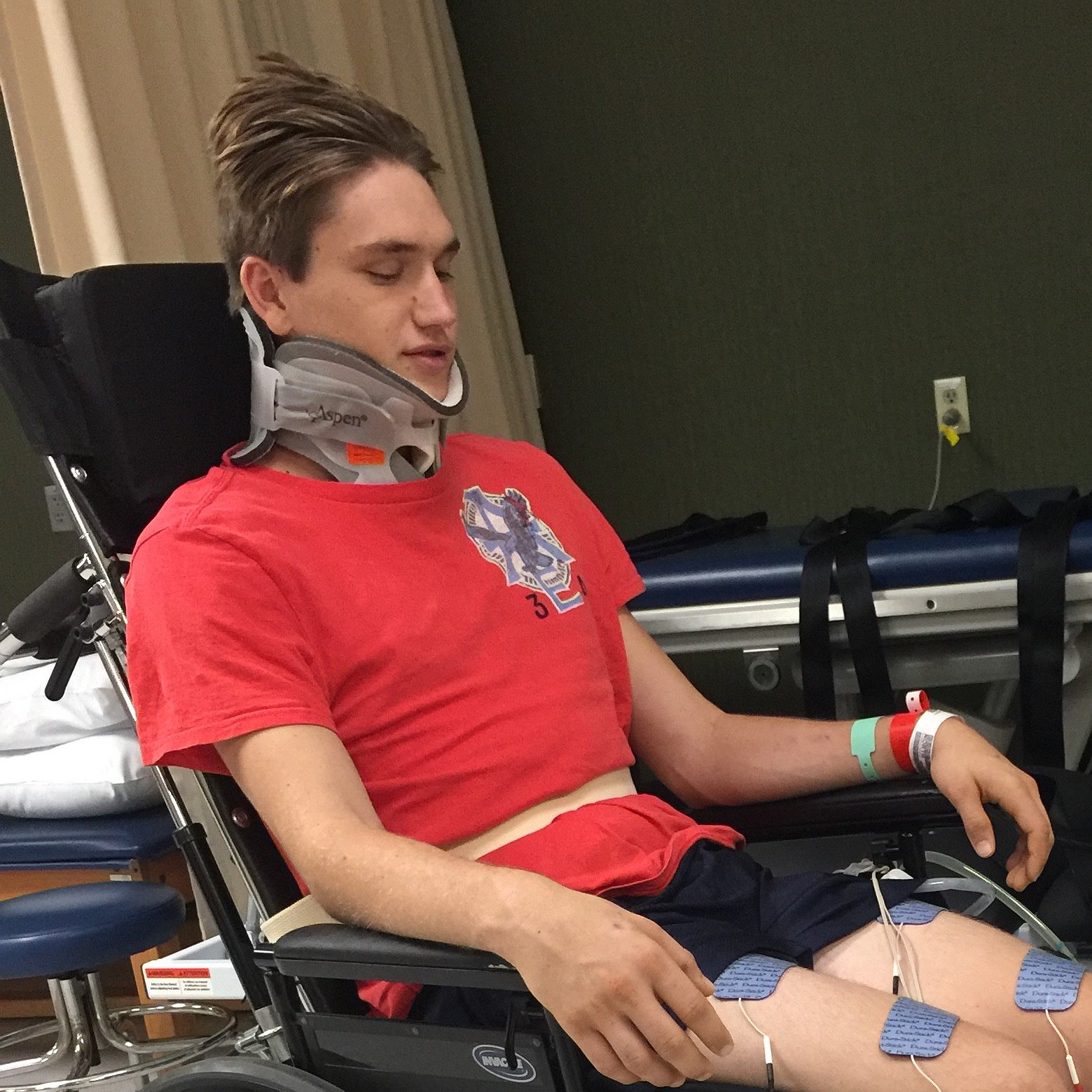