Note in memo:
In honor of Todd McGaughey

Todd was diagnosed with a rare form of Multiple Sclerosis (MS) called Primary Progressive MS in 2005 when he was 35 years old. MS is the most common disabling condition among young adults.

Todd and his wife Melody are both public school teachers and have two young daughters. Todd and his family have spent thousands of dollars out-of-pocket on various treatments to stop the progression of his MS. He recently underwent a stem cell transplant called HSCT, which was not covered by insurance. Todd and Melody spent a month abroad while Todd received HSCT. Since HSCT involves intense chemotherapy to reboot the immune system, Todd must now attend regular physical therapy sessions and is in need of an upgraded electrical stimulation device in order to remain mobile.

Todd and his family would greatly appreciate any and all donations to help offset the costs of therapy, medical devices, and the ongoing expenses incurred from living with a chronic, disabling disease. 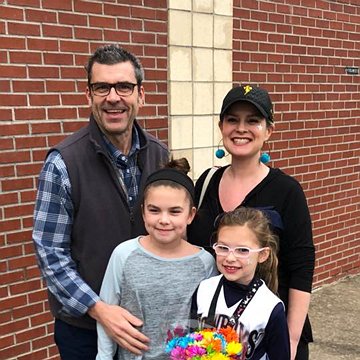 Note in memo:
In honor of Todd McGaughey