Note in memo:
In honor of Chester Kidd IV

On April 30th, Chet (Chester Walton Kidd, IV) was sorting, worming and vaccinating calves just like any normal day of a cowboy. He needed to get a cow out of a corner and climbed up on a bow gate to use a sorting stick to encourage the cow to move around. Another cow in the pen behind him jumped up in an attempt to jump through the gate and caused him to fall and land on concrete. The gate was approximately 7 feet off the ground and then add his height so he did fall from about 11-13 feet up. He broke his left arm and had fractures in his face. He was saved from further injury by Matt Futrell who helped him out of the pen and Cole Futrell who called 911. He was transported to Wake Forest Baptist medical Center in Winston Salem. He was alert and talking when we arrived at the hospital and he received a CT scan which revealed a small candy cane shaped brain bleed. While still in the ER, he rolled over and became sick on his stomach and when he rolled back to bed, he had a seizure, a second CT scan revealed a severe brain bleed and he was rushed to surgery to remove a portion of his skull to allow his brain to swell. We were told that he had a very serious bleed and for a few minutes I was afraid, but the presence of a guardian angel in the waiting room brought a peace over me and I knew no matter what, our God was bigger than this and we would be ok. After surgery, his prognosis was very guarded. Fast forward to today, we have moved to private room then rehab at the Stitch Center in Winston Salem, NC then home and up to New Hampshire for some Project Walk Therapy. He is a determined soul and is re-learning a lot of things we take for granted. We are so blessed with every baby step he takes. The surgeon who removed his skull has told us several times that we are so blessed with the progress, it is not at all what he expected. Our God is Good and our Cowboy is Strong….he is after all a CW Kidd. We are so fortunate to be surrounded by such a loving and godly family and extended family. We would ask that each of you keep us in your prayers every day and every night.

Joshua 1:9 Have I Not commanded you? Be strong and courageous! Do not tremble or be dismayed, for the LORD your God is with you wherever you go.

Though this be tragic, it has caused people that tell me they have never prayed to talk to God about their friend Chet. I even spoke at Cowboy Church Sunday because we had no preacher. This is all in Gods Perfect Timing and so will his healing.

Acts 1:7 He said to them:” It is not for you to know the times or the dates the Father has set by his own authority.

Proverbs 16:9 In their hearts humans plan their course, but the LORD establishes their steps.

Our FAITH is much bigger than our FEAR. Please join us on this journey the Lord has planned for our family.

Below are a few words describing exactly what kind of man Chet is as written by his son Cory. (Better grab a tissue).
Chet, aka “Stick,” is one of those cowboys that people in today’s world only hear about; not scared of anything, he would do any event just to prove a point. He never won the world, never was the most talented guy out there but where he lacked in talent he made up in toughness. He tried harder any other cowboy. He had a tough heart and never knew how to quit. He is hard headed, always did things his way, sometimes not the smartest but he would get anything done.
I can remember couple years there where he won average at SFR not because he out bulldogged anyone, but steers were hard to catch. He out tried the others, he was not scared to get down catch that stopper. I have seen him double jump a steer for 300 dollars. That is the tough type of competitor he was.
He loves to rodeo! It was not hard to tell his love for the sport. He passed that love not just to his kids but to anyone who could stand his coffee snuff blended breathe. He didn’t rodeo for himself. It was always about helping someone else. Some of his most recent proudest moments were Trey winning the SRA on Stick’s horse and making it to the finals rodeo with his son Tyler. That meant more to him than anything he has ever won himself. He enjoyed helping kids that wanted to rodeo. I know the last few healthy months he had the Blythe and Bustle boys would come over to the house and throw steers. He loved helping them.
Outside of the arena he is still a cowboy and loves everything about being a cowboy. He would build a barn, stretch some fence, fix a tractor, or do anything on the farm but fix trailer brakes or running lights. He worked cows every chance he got. He is a fearless guy. If there was one out, there was no hill too steep or brush too rough to keep him from chasing that one cow. I think we can agree JB Mauney is pretty reckless and I sat there watching Stick chase a yearling up and down a hill and even JB said that guy is crazy! A lot of times I called him stupid for some of his decisions working cows and said several times he was going to get killed because he was not scared of anything.
The best part about this man was not what he won, how much money he made or what he owned. Matter of fact he did not win any more than the next guy, did not have much money and did not own the nicest stuff. See the thing that made him special was he understood what life was really about. He would rather help his buddy win and if he had a dollar it was yours if you needed it. If he had anything you needed, come get it, don’t ask. He did not care long as you got done what you needed. The man loves people and he loved helping people. You will hardly ever meet a person he didn’t like. If Stick was on your side he was with you till the end. He would fight a grizzly bear with you or cry with you.
I hear people say man I can’t believe this happened to him; he was healthy and still had alot of life in him. Make no mistake this man is not done living, but I think the Lord had this planned for him all along. He steer wrestled till he was 50 yrs old and rodeoed harder the last 8 yrs than ever. He lived life to the fullest, did not stress about money or materialistic things. He was rich with love for people and rodeo. He touched so many lives and impacted so many people without even realizing it. He did not do it so I could write about it in couple years. That is just who he is.
He learned this way of living from his grandfather CW Kidd. Some may argue that is one of the better men that has ever lived. So when you read this do not pity this man. Do not think about what all he is going to miss out on. Do not think what all he has lost. He would hate nothing more than someone to pity him. Pity the man who has not seen what Stick’s eyes have seen. Pity the man who has not met the people Stick has. Pity the man who has not lived his life to the fullest, has not loved people, has not tried his hardest. Pity the man that has yet to figure out what living is truly about because this man has.
I will compare him to Jerome Davis not because of their injuries but because of who they are. Jerome will be one the best people Jesus ever meets. They help people and love helping the youth of rodeo. Their circumstances may change but their attitude will never alter. My father is a cowboy.

Chet has chosen to fundraise for Help Hope Live in part because Help Hope Live assures fiscal accountability of funds raised and tax deductibility for contributors. Contributors can be sure donations will be used to pay or reimburse medical and related expenses like continued therapy at advanced facilities not covered by insurance for Chet. To make a tax-deductible donation to this fundraising campaign, click on the Give button. 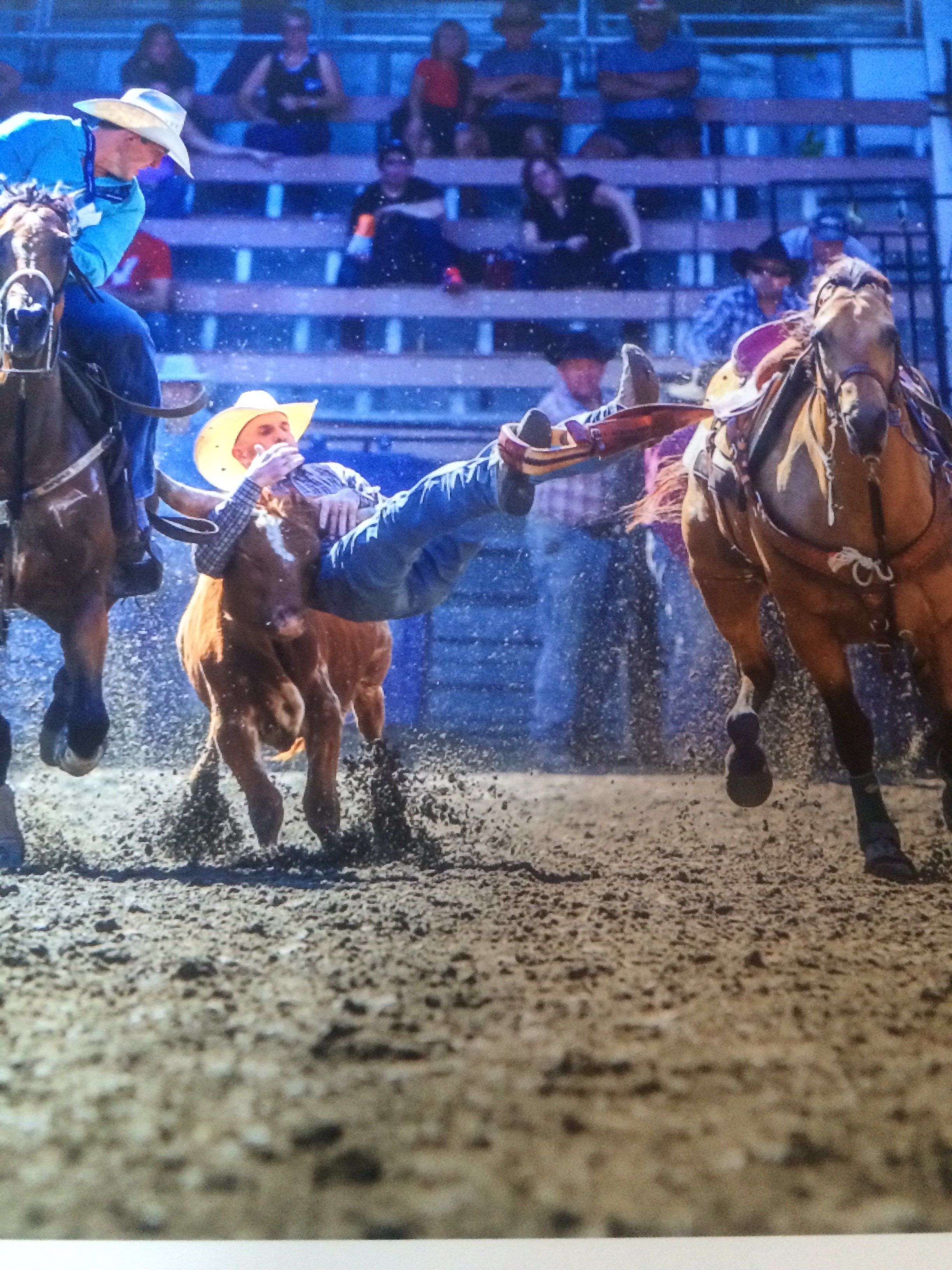 Note in memo:
In honor of Chester Kidd IV