Note in memo:
In honor of Marcus Matamoros

For a kind, ever-caring and most incredibly brave young man, our son: Marcus Matamoros.

As parents there are phone calls we hope to never receive. Dreadfully for Betty and I we received one of them ….we were informed our 18 year old son Marcus had been involved in a serious auto accident and airlifted to UCLA Hospital’s trauma center.

Marcus had been a passenger and along with friends were traveling on a rural road when the driver lost control of the vehicle around a corner, missed the entrance to a bridge and due to the lack of a guard rail tumbled down to the creek’s bedrock. While his friends were able to climb out of the car unharmed, Marcus unfortunately was pinned inside until rescue arrived. Overall it was a divine act that none of them perished and this is something for which everyday we thank Jesus Christ our Lord and Savior.

After arriving at UCLA we learned Marcus had suffered a severe fracture to his upper neck, his breathing was partially paralyzed, he had lost feeling in the rest of his body and that an emergency neurosurgery procedure would be underway. It could not be confirmed if Marcus would live. Our initial reactions were of deep desperation, helplessness and prayers.

Our son underwent a ten hour surgery which required the opening of his neck in the front and back to essentially reconstruct the neck using artificial implants. Afterwards Marcus remained permanently sedated for several days and had no less than 10 machines attached but he had survived.

After days of sedation he was awaken but due to his inability to breathe normally he was intubated and now required the use of a 24-hour oxygen machine … simple tasks like talking or eating were not possible. A new major obstacle then arised in that it could not be determined if Marcus would breathe on his own.

To complicate matters, while recovering from surgery at UCLA he contracted Pneumonia and throat complications from intubation which extended his stay in intensive care to 8 weeks. Lastly and in yet another sign of hope, his breathing improved, the oxygen machine was removed and the tube was replaced by a trachea implant in his lower throat … but now he could speak, eat and even laugh a bit.

Since leaving UCLA and during the next four months he was transferred and remained at two other hospitals for breathing and physical rehabilitation. We would wholeheartedly like to thank and express an immeasurable amount of gratitude to the numerous doctors, nurses and staff members that saved, cared and demonstrated such love for Marcus.

The first time we saw our son in a wheelchair and realized he was paralyzed is without a doubt something parents pray not ever to see. And yet, at that same moment one must overcome that immediate emotion of sadness for one’s child to show support and strength.

However and as one more Blessing, Marcus’ injuries may not be permanent … he has regained normal breathing and some movement in his upper and lower body. Major advances in rehabilitation therapies, spine and stem cell research should help him achieve his goal of independence. However, Marcus needs financial assistance … we are kindly asking for your contribution to raise $105,000.00 to help cover his urgent transportation needs and rehabilitation expenses. All donations are 100% tax deductible and you can use a debit or credit card through this website. You can also mail a check attn: Marcus Matamoros #15682.

Marcus is now at home surrounded by an abundance of love and support from friends and family. Through positivity, love and grit Marcus will continue fighting and hopes to make significant progress to soon return to college and finish his degree in computer science.

Thank you for your kind understanding and please feel free to contact Marty Matamoros with any questions at (818) 692-3316. 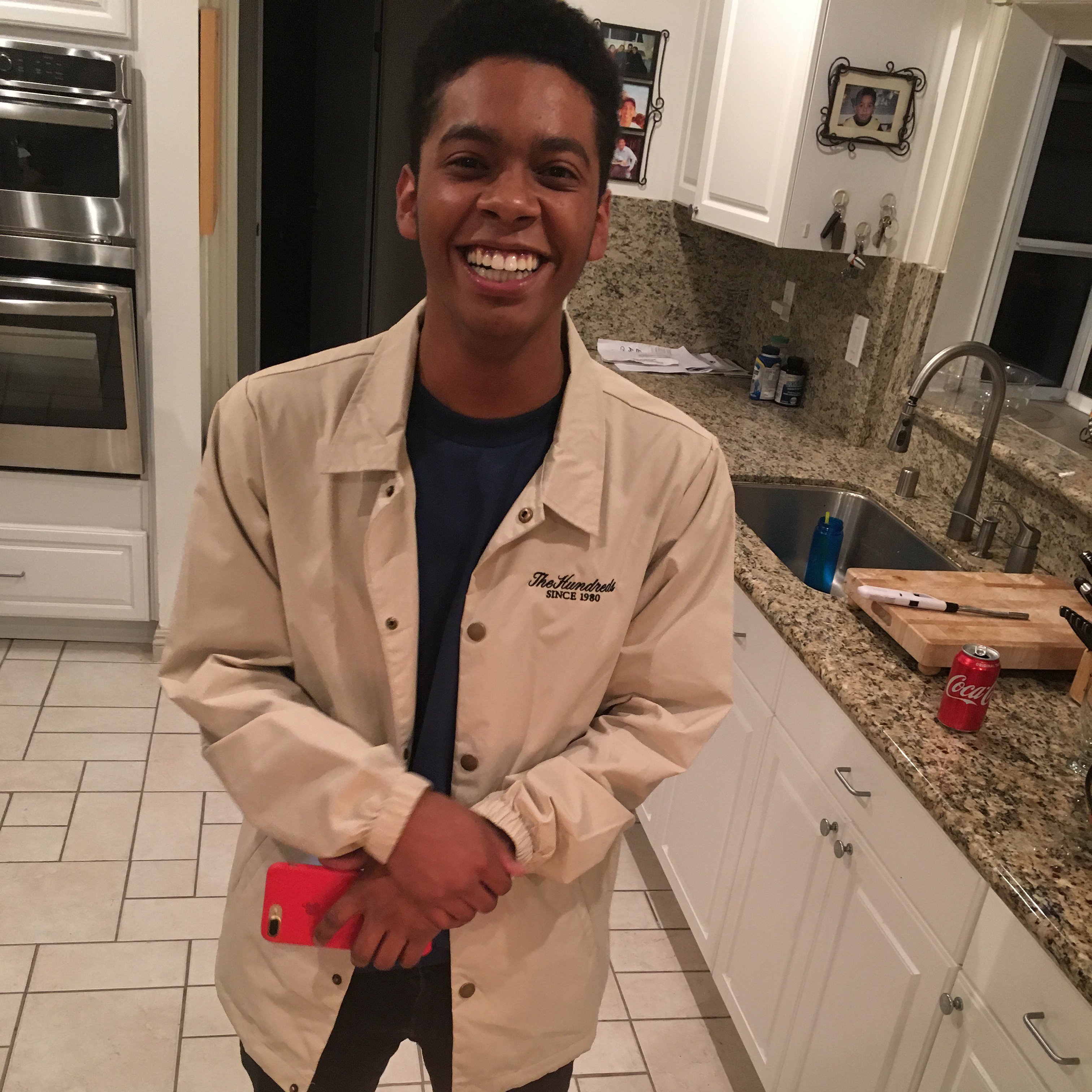 Note in memo:
In honor of Marcus Matamoros