Note in memo:
In honor of Jessica Savelyev

The summer of 1996 was the year my younger brothers were born and my stepdad was in the hospital dealing with cancer. At the beginning of the year they thought I just had a slight cold, so I just went on with my life. I was biking to and from Chandler Sports Camp and then going away to overnight camp YMCA Camp Echo. At the end of the summer, I had dropped about 20 pounds. I was eating everything in sight and constantly going to the bathroom.

My parents were so concerned with the weight loss that they took me to have blood work done. Let me start with I HATE NEEDLES!! I always have. I hid in the bathroom. I do not know how they finally talked me into sitting still enough for the blood draw. When the test came back we found out I had type one diabetes and I had to be hospitalized.

Being a diabetic has never really stopped me from doing anything I have ever wanted to do. It might take me longer to do some things, but that is not a big deal.

Those of you who may suffer with diabetes know that eating may not satisfy the hunger urge. Over time I developed an eating disorder. I had great difficulty controlling my glucose levels, which resulted in complications. However, through the support and treatment of my amazing doctor, Dr. Gregory Clark, I was able to get control of my glucose and it is no longer an issue.

This most recent journey started one morning, out of the blue, when I woke up with Bells Palsy. The entire right side of my face stopped moving. It was crazy. I could feel everything, but nothing moved. I was in the emergency room twice in less than a week. The second time they discovered my kidneys were failing.

My amazing Nephrologist Dr. Nenoo Khosla had told me that at some point in my life I was going to need a transplant. But, the functioning of my kidneys was deteriorating much more quickly than we expected. Thankfully, Dr. Khosla advanced the time frame of receiving a kidney transplant. If it was just a kidney one of my family members would have donated to me, but because I need both a kidney and a pancreas I will receive both from someone who has donated their organs.

I was told it would take a year on the transplant list before my placement moved to the top and I have had to satisfy a number of health conditions. I have reached those goals and I will be placed on the active transplant list by the end of February or early March. So everything is about to get real.

We have been able to keep up with the medical bills for the most part, but they are going to get crazy expensive. Although we know we will have to carry a burden of the debt, we are so grateful for whatever you can donate to alleviate some of this burden. Life sometimes throws us for a loop, but I know with the support of our family and friends, we will get through this.

So, thank you for any contribution to help us out. It is deeply appreciated.

I created another fundraiser through Custom Ink with my original drawing on it. www.customink.com

I am on the ACTIVE LIST! I just got my first call by the donor body fell through. This means that after the person had been taken off of life support, when they went to retrieve their organs there was an issue with them.

This totally sucked, but it’s a good test run to make sure we have everything together for when the next phone call comes.

Oh my goodness with all of the craziness that has been going on with life I have not updated this site in awhile! So BIG NEWS! My name should finally be coming up, in the next couple of months, for a match. I have sent in my blood samples so now it is the final stage of the waiting game. I had been planning on putting together a fundraiser for everyone to get together to raise money for my surgery, but I was never able to. Now I am planning on putting something together later in the year after the surgery and after I am able to move around and interact with people.

With regards to the surgery, when my name comes up I will get a couple of days to tie up loose ends and get all of my stuff together. Once the surgery happens I will be in the hospital for a week. I will be home for at least three months recovering. After the first month or so I can start seeing people again.

This is so exciting and terrifying. Any help you guys can give I would greatly appreciate it!

I received a letter from my Insurance company stating they have approved me for my transplant surgery!! It's getting closer and closer to actually happening.

I have reached my goal weight! The transplant team met last Tuesday to discuss my case. I am just waiting to hear back from them on when I will be put as active on the Transplant List. Ahhhhhhh so exciting and nerve wracking.

Family and friends of Jessica Savelyev are raising money for the nonprofit Help Hope Live to fund uninsured medical expenses associated with transplantation.

Jessica has chosen to fundraise for Help Hope Live in part because Help Hope Live assures fiscal accountability of funds raised and tax deductibility for contributors. Contributors can be sure donations will be used to pay or reimburse medical and related expenses. To make a tax-deductible donation to this fundraising campaign, click on the Give button.

Love you Jess and Vlad!! ❤️ Prayers for you both!!

Good luck Jessica! You are a strong young woman, I know you’re going to do great!
Love,
Terry

I love love love you Jessica! Hold on strong and we will get you to where you need to be to get over this final stretch. Love the dedication you’ve made to yourself and your health over the years. It’s been a journey but one that inspires me to be strong willed, always be able to show Love and laughter to those around me despite my circumstances. Keep surviving my friend, there’s relief for you on the other end of all of this. I love you dearly. -Ariel

Love you Jess. Hope this helps a bit.

Praying for successful transplants and your good health.

We are cheering for you Jessica!!! You got this girl!!!

We love you, Jess ❤️

Wishing you a perfect match and a speedy recovery. ❤️

Note in memo:
In honor of Jessica Savelyev 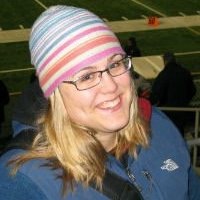