Note in memo:
In honor of Ritchie A Rybolt

God is Great. I had a liver transplant, died, then came back! Jesus had other plans. I believe in miracles and I was a miracle.

I care for people, babies, and more I knew I had a bad liver a few years ago I found out by going to bed and getting up in cramps in my stomach I spent 5 days in the hospital I was then directed to a liver doctor at IU in Indianapolis (this is my liver journey)After going to a liver doctor for a year I was looking for a miracle!I Was put on a liver transplant list, 3 days later after being on the list I was laying in bed we got a call we have liver!

I was filled with sadness and happiness knowing an individual had passed to give me a second chance of life, I’m humbled and happy I get to the hospital and I’m met by coordinator and the organs at the same time! I got prepared for surgery as I was in surgery I came to a place as a day here on earth it became dim and the wind picked up newspaper flying through the air as a storm approached as if I was in a scary movie,I felt something coming I felt it was death I got scared and I looked around and there was a wood pile I prayed to jesus to help save me and then I woke up on life support as I got better I saw my kids and fiancee and my heart melted.

When she and I was alone I told her what happened she looked at me in disbelief then I was in I.C.U for four days but I had changed,I wanted to preach to anyone who would listen my fiancee told me she thought my donor liver was from a preacher I was wanting to tell everyone about Heaven and hell and to save and bring them to jesus!

After I got out of the hospital a week later I had clinicals take blood see the doctor when I was in rehab I was in bed and heard the doctors coming down the hall then I heard him tell the other doctors here is our miracle,so when I saw the doctor at clinicals I asked was I a miracle and he said yes I was and I asked why was I a miracle he said I was in and out and I asked did I die? He said yes you did I knew but wanted her to know they never came to tell her but I am a miracle and I don’t care who’s against me jesus is with me!

Make sure to get saved by jesus christ but I don’t push religion on anyone but there is a heaven and hell!

Family and friends of Ritchie Rybolt are raising money for the nonprofit Help Hope Live to fund uninsured medical expenses associated with transplantation.

Ritchie has chosen to fundraise for Help Hope Live in part because Help Hope Live assures fiscal accountability of funds raised and tax deductibility for contributors. Contributors can be sure donations will be used to pay or reimburse medical and related expenses. To make a tax-deductible donation to this fundraising campaign, click on the Give button.

Note in memo:
In honor of Ritchie A Rybolt 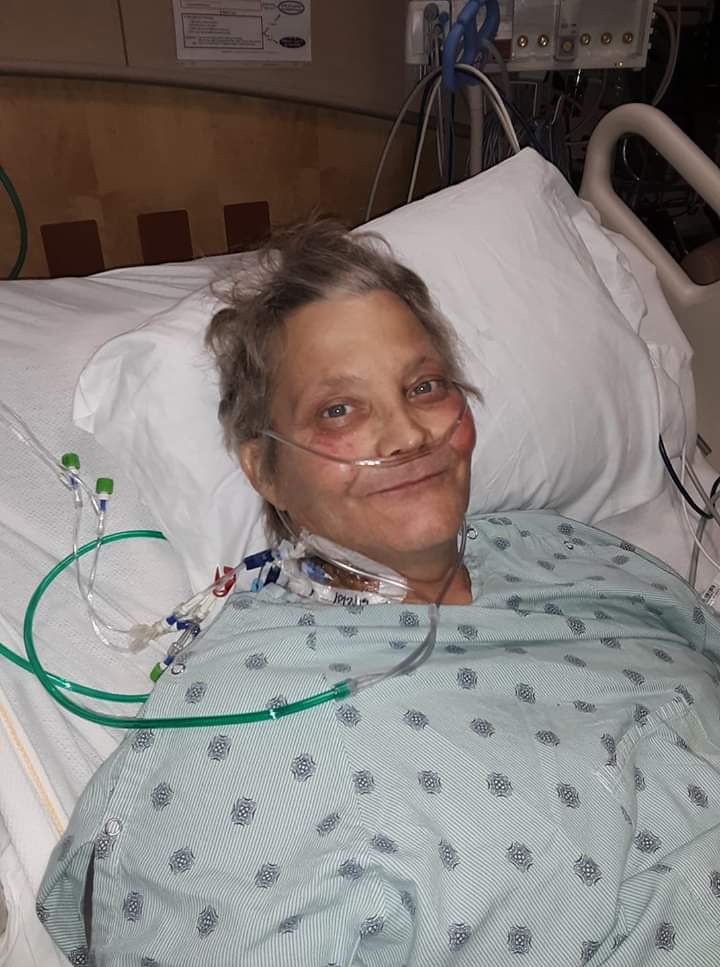