Note in memo:
In honor of Nolan T McDonnell

On the evening of April 23, 2017, Nolan Thomas McDonnell, a student at The College of Desert from San Jose, CA, was shot in the head during a robbery attempt in his car. He was surrounded by a group of five individuals, one of which was armed with a handgun. While Nolan found himself surrounded, he still refused to roll down his windows, and in response, one of the assailants opened fire, sending a bullet through the left side of his skull and out the right. He was immediately sent to Desert Regional Medical Center, Almaden Health & Rehab , and Santa Clara Valley Medical Center Acute Rehab, where he experienced six months as a paraplegic with both upper and lower body paralysis and complete loss in motor & fine motor skills (the ability to walk and write). Despite being told by his doctor that he would never be able to walk again, Nolan’s recovery journey has been a tough uphill process. For more than two years now, his hard work under careful physical therapy regimens and constant optimism has helped him regain mobility in his lower body, allowing him to finally stand up straight with moderate assistance.

The treatment that will bring him the greatest physical and psychological improvement in this rehabilitation journey is at “Next Step”. This is a state of the art facility offering a program of activity based paralysis recovery therapy that will allow Nolan to practice assisted walking. However, this part of his rehabilitation comes with an estimated cost of $9,000 for a two month training program at this facility and temporary travel relocation. While this treatment is far more expensive than physical therapy, having access to consistent locomotor and gait training will greatly benefit him in achieving his goal of walking independently.

Over the last two years, Nolan has created a large following of people tracking his amazing journey. He communicates incessantly through his social media & has published two autobiographical books, Power of Perspective and Power of Perspective II. These are very personal narratives, the story of the physical and emotional struggles he has faced and how he strives to overcome them by adopting a positive outlook on life. With his determination and unrelenting optimism, Nolan’s energy will surely continue to accelerate his recovery; however, he needs your financial support. Nolan should not be deprived of the necessary treatments needed for full recovery simply because of a dollar sign. Doctors, friends & family are now sure that Nolan will walk again if he can get this “Next Step” funded and start as soon as possible.

Please consider making a donation to Help Hope Live in Nolan’s honor to help him meet his goal & begin his journey to recovery.

“The options were I could prepare to suffer, or prepare to heal” – Nolan McDonnell.

Nolan has chosen to fundraise for Help Hope Live in part because Help Hope Live assures fiscal accountability of funds raised and tax deductibility for contributors. Contributors can be sure donations will be used to pay or reimburse medical and related expenses. To make a tax-deductible donation to this fundraising campaign, click on the Give button. 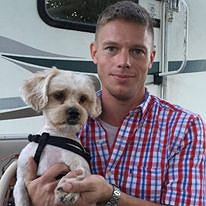 I’ve always known you were a fighter. Never did I imagine you’d be up against this sort of battle, but you’ve proven over and over again there’s nothing that will stand in the way of your recovery. I’m so proud to call you my brother, and know that you’re closer to the top than you think. Stay strong!!! I love you.

Note in memo:
In honor of Nolan T McDonnell