Note in memo:
In honor of Christopher Michael Cunningham

Family and friends of Chris Cunningham are raising money for the nonprofit Help Hope Live to fund uninsured medical expenses associated with transplantation.

Chris has chosen to fundraise for Help Hope Live in part because Help Hope Live assures fiscal accountability of funds raised and tax deductibility for contributors. Contributors can be sure donations will be used to pay or reimburse medical and related expenses. To make a tax-deductible donation to this fundraising campaign, click on the Give button.

When Chris was 16 his brother had an emergency after having debilitating pain and going to the ER. He was diagnosed with PKD and the doctors told their parents that Chris should also be tested for it. Polycystic Kidney Disease runs in his family and after testing it was confirmed that Chris also inherited the disease from his father.

Chris has several uncles and cousins with this disease, and it affects everyone differently. Unfortunately, Chris started to develop more side effects and his kidney function started to deteriorate slowly. In September 2017 we made the decision to have a fistula surgery to prep his arm in case he needed dialysis. It was a wise decision because that winter he caught a cold and he just couldn’t get rid of it. After being hospitalized and seeing his nephrologist we discovered his kidney function went from 20% down to 7%. We made the choice to start hemodialysis while planning another surgery to place a peritoneal catheter to do at home dialysis. After a few months of treatments and his successful PD catheter surgery, Chris was ready to begin home treatments. He showed improvement and we had hopes that this would be an easy journey to getting him lined up for being admitted to the organ transplant list. Unfortunately, Chris is hard headed and stubborn, and his body decided to not cooperate either. Over the next couple of years, we battled hernias, weight loss/gain issues, pancreatitis, numerous hospitalizations and more. He has had to switch from hemodialysis to PD numerous times in between each surgery. This is very hard on his body and it has taken a toll on his energy levels and his spirit. Every time we got close to being listed, he developed another complication and our process started all over.

Last summer we really had a scare. He developed pancreatitis and had to be hospitalized again. The doctors decided to remove his gall bladder after finding some stones. A few days after being discharged we assumed he would heal from yet another surgery and bounce back. One day after hemo he became violently ill and we went back to the ER. It was discovered he had a pocket of infection from the last surgery and he was becoming critical. He was immediately readmitted, and testing began all over. The infection had quickly spread through his peritoneal cavity and his PD catheter had become compromised. We were blessed with a doctor who decided not to postpone his surgery and immediately put together our dream team that saved my husband. On a quiet Sunday, they took him to the surgical ward where it was completely empty and quiet, since no doctors usually perform surgeries that day. After almost 3 hours, I was pulling my hair out and near panic. The surgeon finally came in and told me, “You have one very sick man on your hands”. This broke me. It was explained that he was filled with infection and he had a long road to get over this. They removed his PD catheter, removed the infection from around his organs, placed two drains and kept two surgical sights open to pack and drain more infection. We also discovered his fistula had become thrombose and was no longer viable. They placed a CVC which is a catheter they place in your chest vein that leads to your heart. This way he could still get dialysis. He finally showed progress and we were able to be discharged. It took him months to start feeling good again and another 2 surgeries to have a PD Cath placed again and the CVC to come out.

In October we were finally ready to start the process again to be listed. His sister Cara decided to undergo the testing to see if she was a match for a kidney transplant. This woman is my hero. She has had numerous tests and a ton of blood work and has been fully committed to seeing this through. In November we went on a weekend getaway to Salt Lake City. Here, we were blessed with the good news that they accepted Chris as a candidate for the transplant list! Meanwhile, Cara was making progress too. On December 28th our families gathered to celebrate Christmas. Cara gave Chris a present with a little kidney key chain that read, “When urine love…”. She filmed him opening it and explained that on Christmas Eve she received the great news that she was a match to her brother, and he would be getting her kidney. Of course, we cried, (ok just me, but Chris got emotional too

Forever my friend. I wish you nothing but the best and will have everyone I know be praying for a speedy recovery.

Praying for you all!

Thinking of you and praying for quick recovery!

Best wishes for smooth surgeries and speedy recoveries! We'll be thinking of you all!

Wow, Chris we are all praying for you and hope you and wish you and your sister a speedy recovery!!!

Hang in there, Chris!

From one ITD transportation tech to another, my wife and I will be praying for you and your family brother.

Thinking of you all & sending my well wishes for a speedy recovery!!

Good luck! I donated a kidney to my brother about 7 years ago. It was not an easy process but definitely worth it.

As a FRIEND of your mother I am Praying for YOU

Jesse and I are so excited for your family.

Note in memo:
In honor of Christopher Michael Cunningham 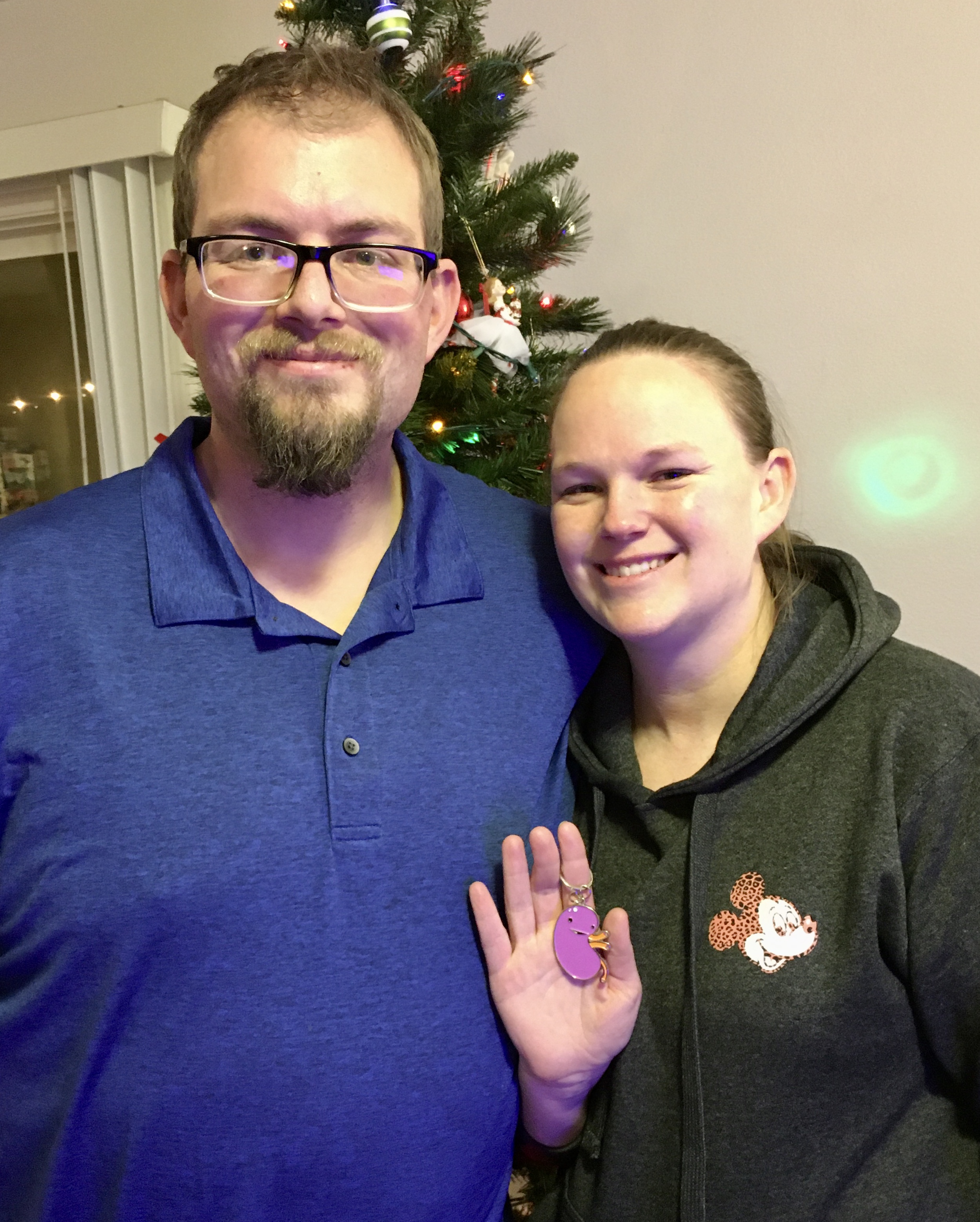