Note in memo:
In honor of Craig Scioscia

It was May 2, 2019 when I received the call explaining that our father, a 60-year old retired school teacher and coach, was septic and in critical condition in the local intensive care unit. His organs were failing, and they did not know if he would make it through the night. Although they were able to treat the septicemia and stabilize him, his liver was unable to recover. He was suffering from end stage liver failure.

It was a race against the clock to save the life of our dad, a loving and devoted father, uncle, brother, friend, and grandfather. Initially, his medical team told us that he was too sick to tolerate a liver transplant. My sister and I were not willing to quit. By the grace of God a new team of extraordinary doctors were able to save his life and perform a full liver transplant that he desperately needed.

His recovery was going well until he became unable to walk because of excruciating, crippling hip pain. As it turned out, he contracted an infection during the transplant called staph-capitis that attacked his hip bone and destroyed it in short order. He underwent a full hip replacement, and we were hopeful going into the new year. It wasn’t long, however, before we were hit with another challenge — a financial one.

The cost for both his medications and medical care has skyrocketed and he cannot afford to continue his care. His insurance premiums have increased an additional $150 a month, and his medication costs $2000 a month. His out of pocket expenses almost $14000. Without his liver transplant medication and medical care he can not survive. He has physical therapy twice a week and doctors appointments just about every week that require copays. He also gets his blood work done every week, and the lab work copay is $50 every time.

He is not, however, ready to throw in the towel. He possesses the same keep-fighting and never-quit spirit that he instilled in the baseball and football teams that he coached all those years, as well as his own children. He wants to walk his two daughters down the aisle; he wants to get to know his grandchildren; he wants to see the Cleveland Browns play in the Super Bowl.

He needs some financial help, because we are not ready to lose him after the incredible work his medical team performed and how hard we fought to keep him alive. Please help save our dad.
I’m asking family, friends, and the community he served to help raise the $7000 to keep our dad alive. Even a small donation can make a difference and keep him with his family. We want to thank you in advance for helping us continue to create memories together.

Family and friends of Craig Scioscia are raising money for the nonprofit Help Hope Live to fund uninsured medical expenses associated with transplantation.

Craig has chosen to fundraise for Help Hope Live in part because Help Hope Live assures fiscal accountability of funds raised and tax deductibility for contributors. Contributors can be sure donations will be used to pay or reimburse medical and related expenses. To make a tax-deductible donation to this fundraising campaign, click on the Give button.

I hope you are doing well buddy! All the best to you and your family.

Sosh, While it's been many years since our West Chester State College days they still remain some of the best memories of my life! Football was so much fun and getting to be the team manager, was definitely one of the highlights of my college years. Players like you were were great to watch and fun to party with after the games. My roommate, Kathy (Granito) and I, who are still best of friends to this day, often remember those good times. When Rich told me about your transplant I wanted to help. My sister, Trish, had a liver transplant in 1995 and it truly is the gift of life. I told Kathy and we are both happy to donate to this great organization and more importantly hear that you are doing so well!!! Stay happy and healthy my friend. Warmest regards, Sally Stenton

We love you, Craig!
To God be the glory for all that He has done!
Tess and Katie Geib (From the Gift of Life Family House)

Craig, I love ya brother! Sorry I can't be there to celebrate with you in person. I am honored to be part of your family and friends joining you to pay your gift of life forward! Chuck

Corrine, keep doing you. Mr Scioscia, you got this!!! Thank you

Keep the faith Craig- you’ve got this!

To my good friend Criag, get well real soon....

Craig, I'm sorry to hear about all of your troubles. Wishing you the best.

Love and hugs Cuz. Keep up the fight.

Keeping you in our prayers. The Rosado’s

To a True Champion.
Love you Scioscia. Brian and Lucy Eife

My brother is fighting a good fight. We are in his corner the entire way !!! Love you !!!

Note in memo:
In honor of Craig Scioscia 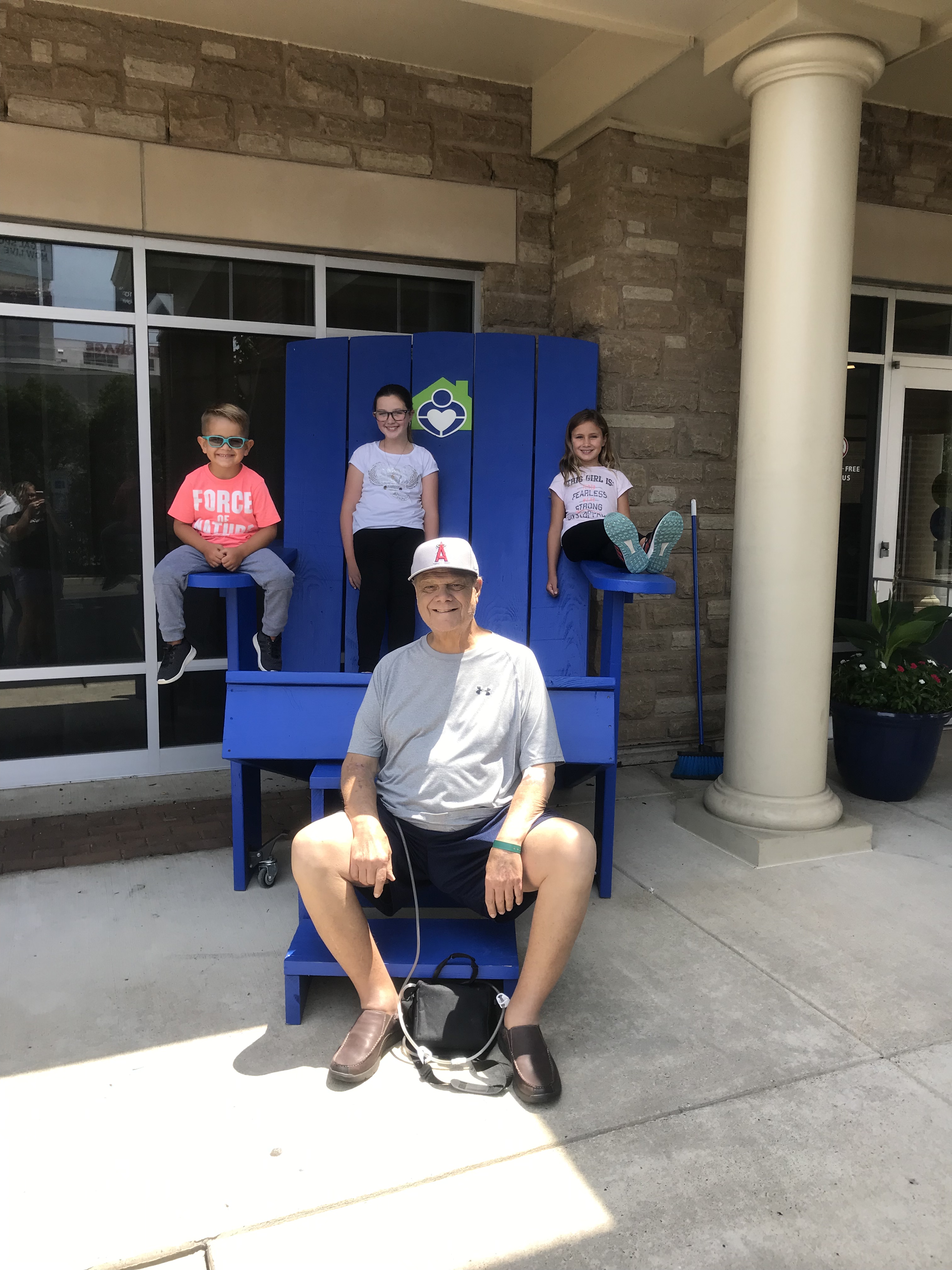