Note in memo:
In honor of Fatima R Kaya

Fatima Kaya, age 19, was born prematurely 23 weeks gestational weighing only 1 lbs 5 ounces. She stayed 4 months in the NICU, and shortly after being discharged, needed emergency brain surgery to implant a VP shunt. Fatima has developmental delays, intellectual disability, cerebral palsy, cortical visual impairment and she is legally blind. She is non-verbal and wheelchair bound.

Despite her disability, Fatima has an amazing can-do attitude. She frequently surprises her friends and family with her creative ways to convey her wants and needs.

While she can’t talk or walk, Fatima can laugh and bike, and nothing makes her laugh more than zooming down a hill at top speed on her bike. Since school got cancelled in March, Fatima has been going out for a bike ride every day, weather permitting. To ask to go on a bike ride, Fatima picks out a pair of her outside shoes and throws them at you, as if to say “put these on me, I want to bike!” Once you get her on her bike and all strapped in, she laughs and laughs.

Fatima’s bike rides usually last 2-3 hours and she bikes 3-5 miles. Her regular route goes around Oakwood park and the surrounding neighborhoods where she waves to neighbors, dogs, and her favorite, the UPS truck. Everyone who lives in the Oakwood area knows Fatima and cheers her on as she bikes past.

Along with being a lot of fun, biking is therapeutic. Fatima is a very energetic person. Because she can’t just go out for a run, Fatima uses her energy to rock back and forth and to kick out her legs. This isn’t very safe for her or the people around her. After a long bike ride, Fatima is as calm as can be. Her physical therapist and adaptive gym teacher both suggest she bike every day since it really is her only form of exercise.

Fatima’s old bike just can’t keep up with her anymore. It’s a bit too small, doesn’t have rear steering, and wasn’t designed for such heavy use. Fatima needs a sturdy, three wheeled adaptive bike with rear steering. Special bikes like this are not cheap. They are, essentially, medical devices, and are built custom based off the users needs. The bike that will work best for Fatima is Freedom Concept’s Adventurer. It’s a adult sized adaptive bike and once customized to Fatima’s needs will cost about $4,700. Freedom Concepts has generously given a sizable discount, which lowers the price to $3,900, inclusive of freight shipping. This is still A huge cost, and insurance will not cover anything.

All donations to this campaign go towards Fatima’s new bike. Donations are also tax deductible!

Family and friends of Fatima Kaya are raising money for the nonprofit Help Hope Live to fund uninsured medical expenses, an adaptive bike.

Fatima has chosen to fundraise for Help Hope Live in part because Help Hope Live assures fiscal accountability of funds raised and tax deductibility for contributors. Contributors can be sure donations will be used to pay or reimburse medical and related expenses. To make a tax-deductible donation to this fundraising campaign, click on the Give button.

Keep on biking Fatima! I enjoy seeing you riding on Zoom.
John

Wishing Fatima Rana all the best

Keep on biking,Fatima!! We love to see your smile.

In support of Erin, who continues to give of her time and energy to others in need!

I donated to honor my former student, Fatima!! Once you\'re my student, you are always in my heart!!

This donation is on behalf of all the employees at Via Technology. We hope this bicycle brings Fatima great joy.

Note in memo:
In honor of Fatima R Kaya 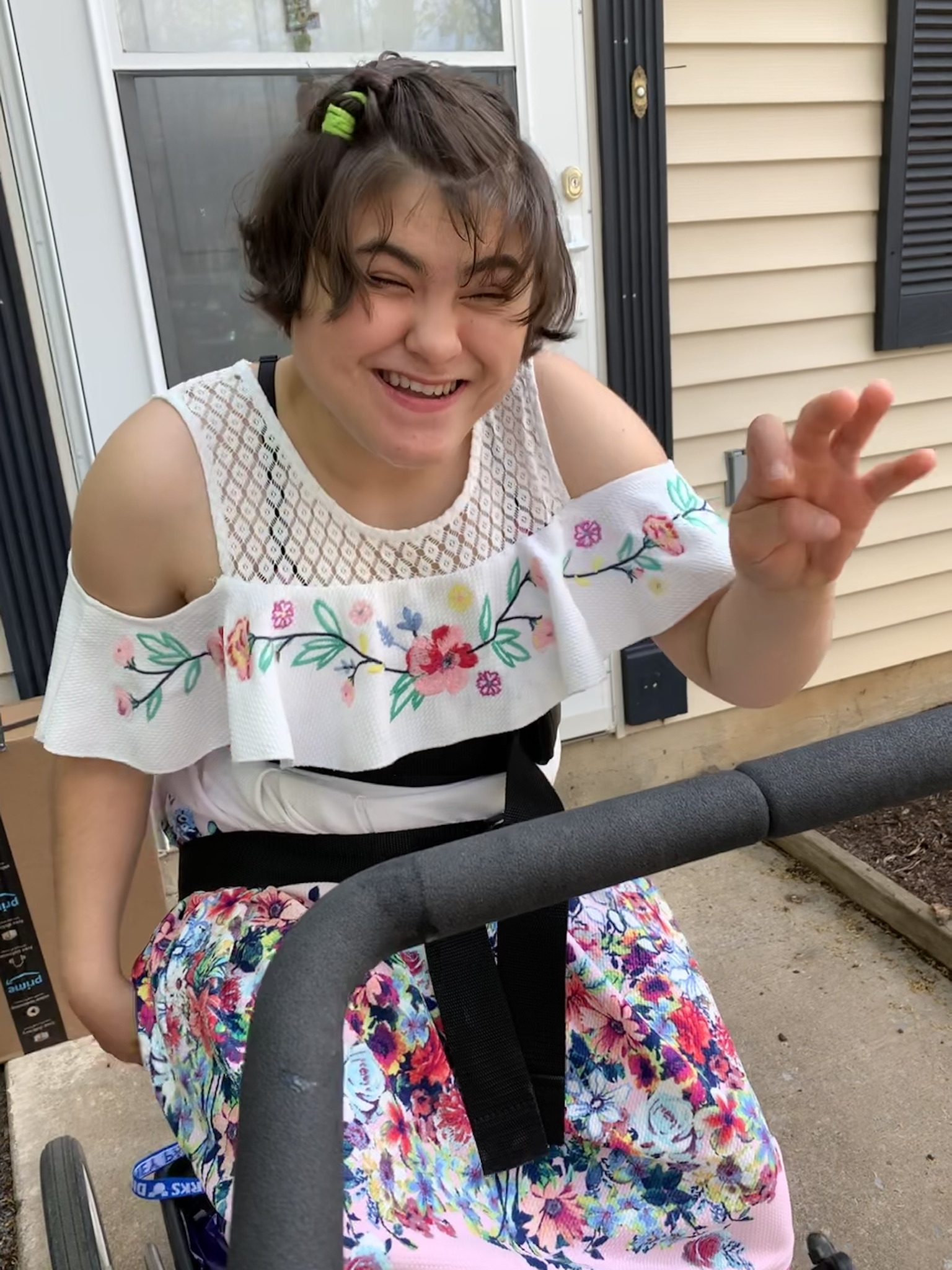