Note in memo:
In honor of Jackson A Epstein

My name is Jackson. If you donate some dollar bills, I could go up some hills…on my new bike! I won’t be a slouch, laying on my couch! Help me get a bike, so I can go on a hike!

Jackson was born with a rare muscle disease called Central Core Disease. It is a form of congenital muscular dystrophy and affects Jackson in many ways. It causes general muscle weakness, so Jackson cannot walk independently and relies on a manual wheelchair, forearm crutches and a walker to ambulate. The disease also causes many medical issues such as fragile bones, restrictive lung disease and scoliosis. Jackson is followed by many medical specialists for his disease and gets infusions for his bones twice a year, pulmonary function testing twice a year and many x-rays and other tests to monitor his disease. Jackson was also born with both of his hips displaced and had nine hip-related surgeries to repair them along with many days inpatient at the hospital and hundreds of hours of rehabilitation and physical therapy.

In spite of his disease, Jackson is a creative, intelligent and fun 11 year old child with a positive outlook. He started sixth grade this year and his favorite subjects are math and science. Jackson plays the cornet and the viola, and loves learning about the periodic table of elements. Jackson hopes to one day attend MIT and become a chemist and a physicist. He has been playing competitive sled hockey with the Philadelphia Hammerheads since he was 5 years old. Last year, Jackson completed his first half marathon! Jackson also enjoys swimming, playing video games on his Nintendo Switch and spending time with family and friends. His best buddy is his rescue cat Neon, who he named after the element from the periodic table!

Jackson had a very busy life before COVID-19 with sled hockey practices, games and tournaments. Jackson also had weekly aquatic therapy sessions (great low impact strengthening for his muscles) and school based physical therapy weekly. After being confined to the home most of the time due to his high risk with COVID-19, Jackson’s physical activity was significantly reduced. Virtual therapies and weekly in person physical therapy had been helpful, but Jackson has not been able to be as active as he was prior to social distancing.

Jackson was creative given his situation during quarantine and wanted to find creative ways to stay fit. He created a YouTube channel where he posts videos for other kids with physical disabilities to stay fit and have fun. He even taught wheelchair yoga and wheelchair aerobics classes to help raise money for the Muscular Dystrophy Association during two of their recent national events. Jackson’s overall endurance has significantly decreased though, so we need activities to help him consistently stay fit while social distancing.

Your support would help us obtain a new custom adaptive bicycle for Jackson, which will be outfitted with a Flyers theme for this hockey fan! This new bicycle will allow Jackson the freedom to exercise in our neighborhood, and on secluded local paved trails with friends. The lightweight and easy to operate bicycle will enable Jackson to ride it for longer periods and allow us to transport it in the car to local trails. It will give him the opportunity to pedal with his feet to strengthen his legs, and use his hands to pedal when his legs get tired.

Jackson has chosen to fundraise for Help Hope Live in part because Help Hope Live assures fiscal accountability of funds raised and tax deductibility for contributors. Contributors can be sure donations will be used to pay or reimburse medical and related expenses. To make a tax-deductible donation to this fundraising campaign, click on the Give button.

Jackson received his new bike last Thursday!!! Gritty, Flyers alumni, Flyers Charities and Help Hope Live presented the bike to Jackson at the Wells Fargo Center! Jackson was so surprised and so happy! He got to race Gritty around the parking lot and meet Flyers alumni Bob Kelly and Brad Marsh!! There were even three local news channels covering the event! I posted the video below of the news story on CBS! Also, I will posting pictures in the photo albums from that day and from some of Jackson’s bike rides over this past weekend.

We cannot thank everyone enough for their generous donations to help make this possible! While Jackson now has the bike, we still haven’t raised the funds to pay it off yet. Please consider sharing Jackson’s campaign page to your friends and family and purchase a raffle ticket for a chance to win an autographed Flyers puck! Just click on the blue “Fundraisers” box on this page.

Any funds we raise beyond our total won’t stop with the bike. Having a child with a physical disability and rare disease means lots of customizations are needed around our home. We still need to make the entrance of our home fully accessible to Jackson’s wheelchair, and need to create an accessible bathroom for Jackson. This January, Jackson will most likely have major reconstructive hip surgery and there will be expenses related to that procedure as well. There is always a need and we are so very grateful to Help Hope Live for creating this platform to help us obtain needed items for Jackson!

We are so grateful for everyone’s generous donations! It is humbling to see the outpouring of support for Jackson’s wish to get a new adaptive bike! We are getting so close to our goal!!!!!

There are some new pictures in the photo albums for everyone to check out. Jackson turned 12 on September 25th and we gave him the best COVID safe birthday we could! Jackson has been very busy with virtual schooling, weekly physical therapy at CHOP, virtual school physical therapy, and his many specialist appointments at CHOP. Jackson has continued to be his creative, fun and happy self in spite of it all! 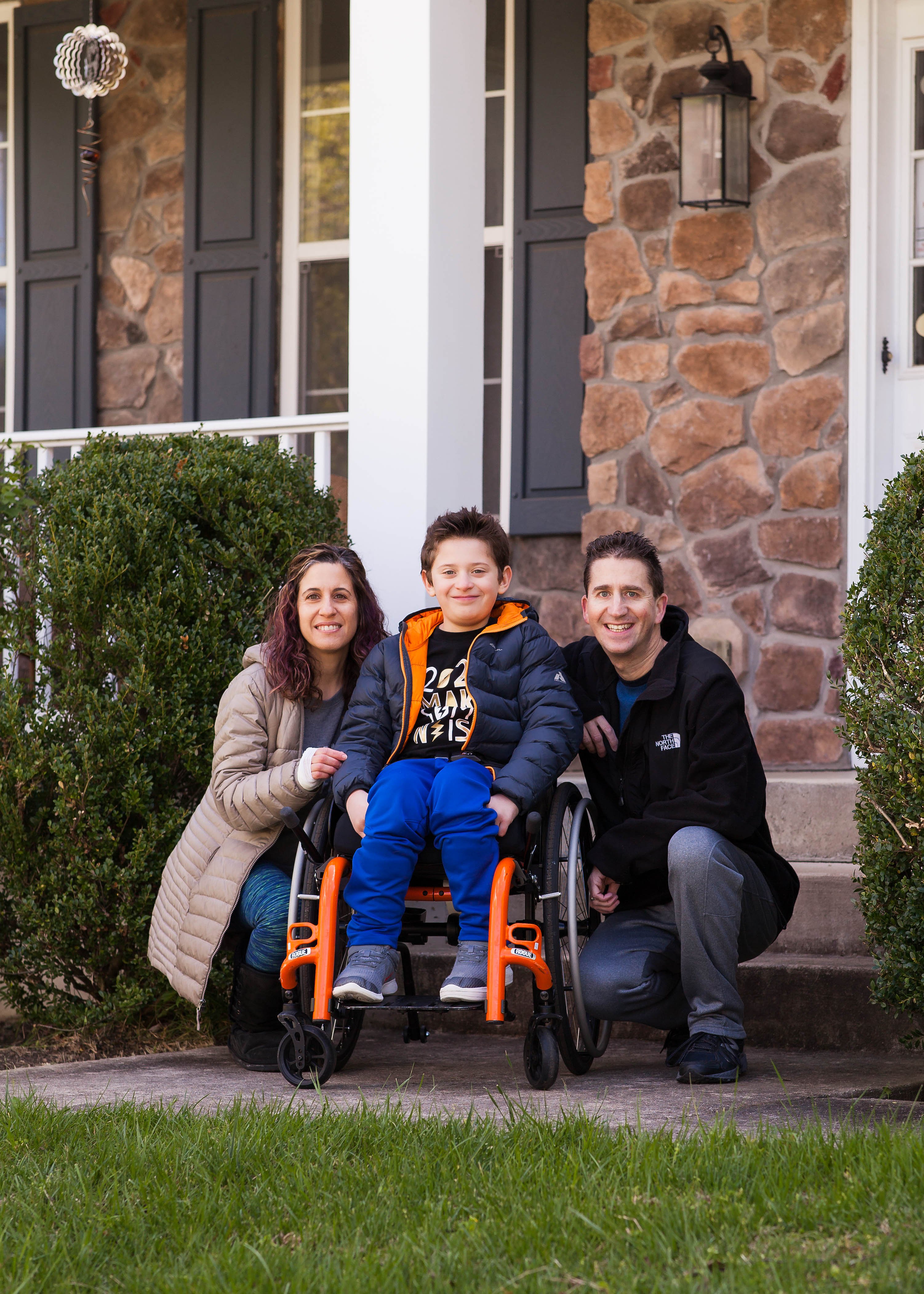 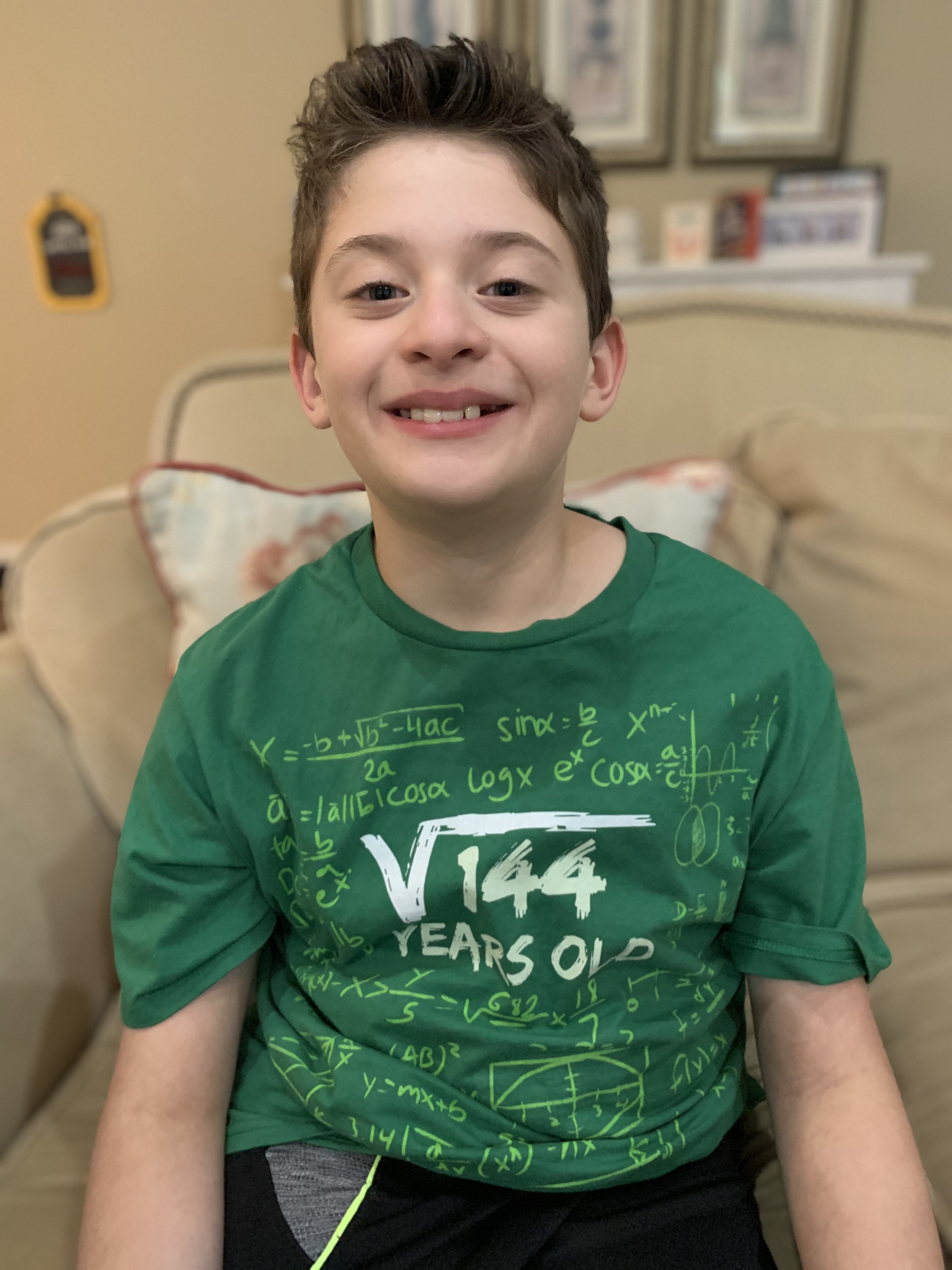 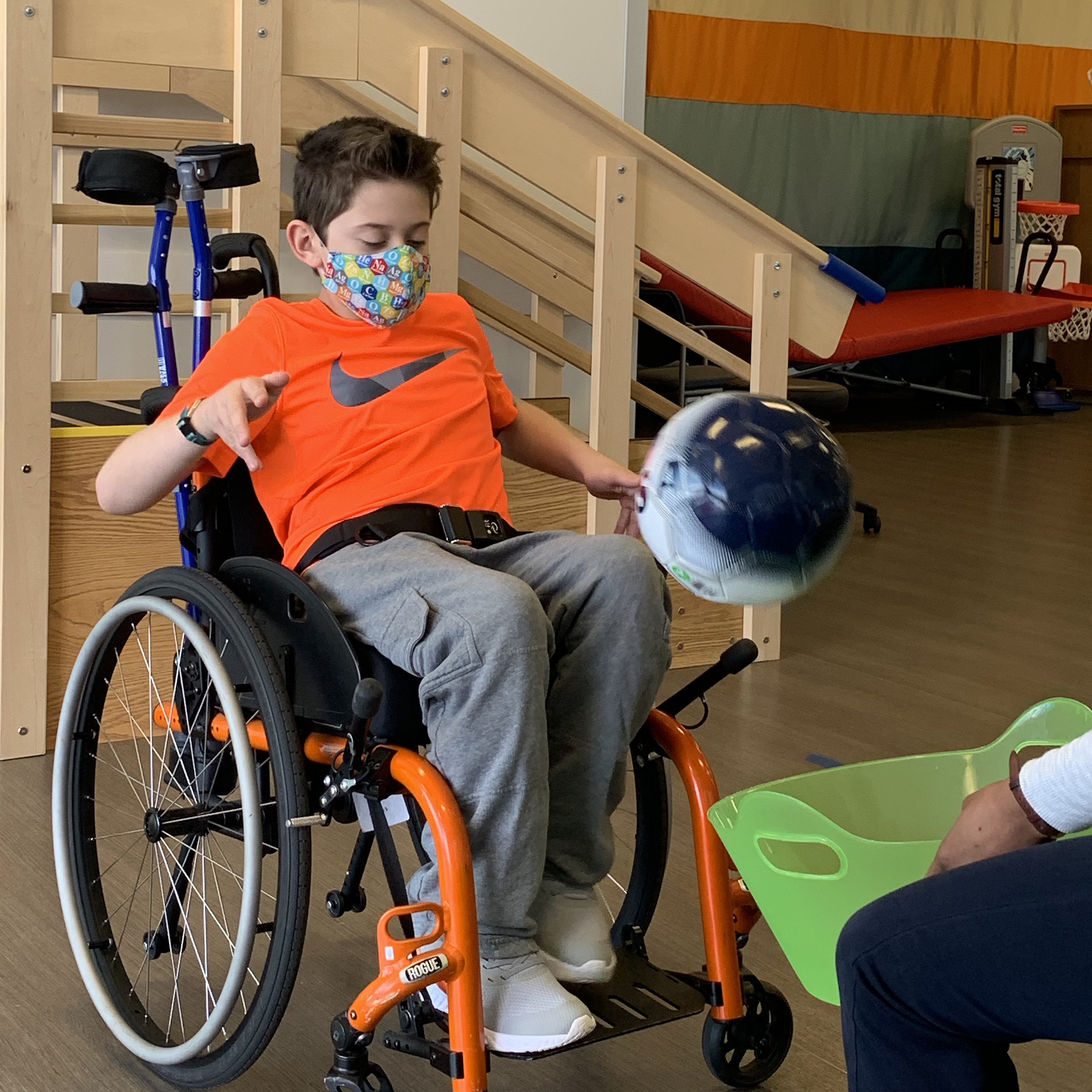 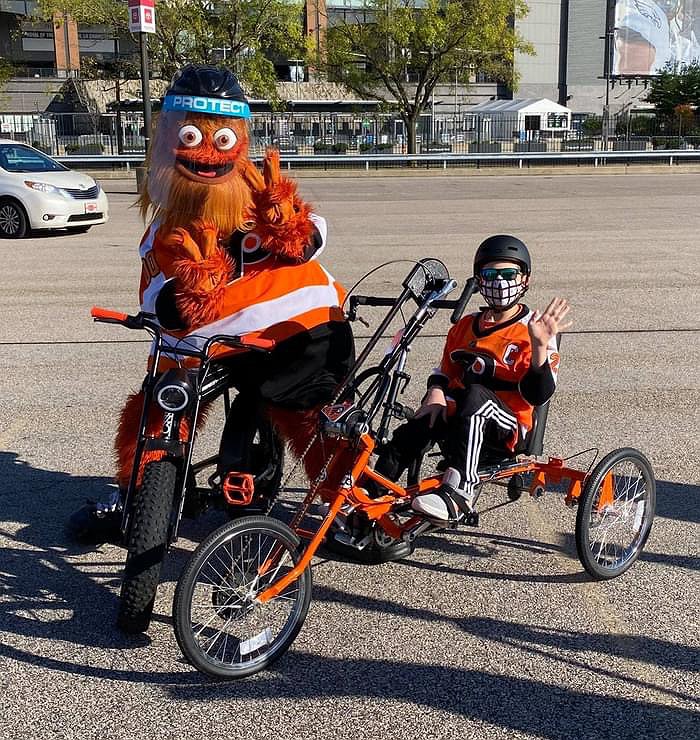 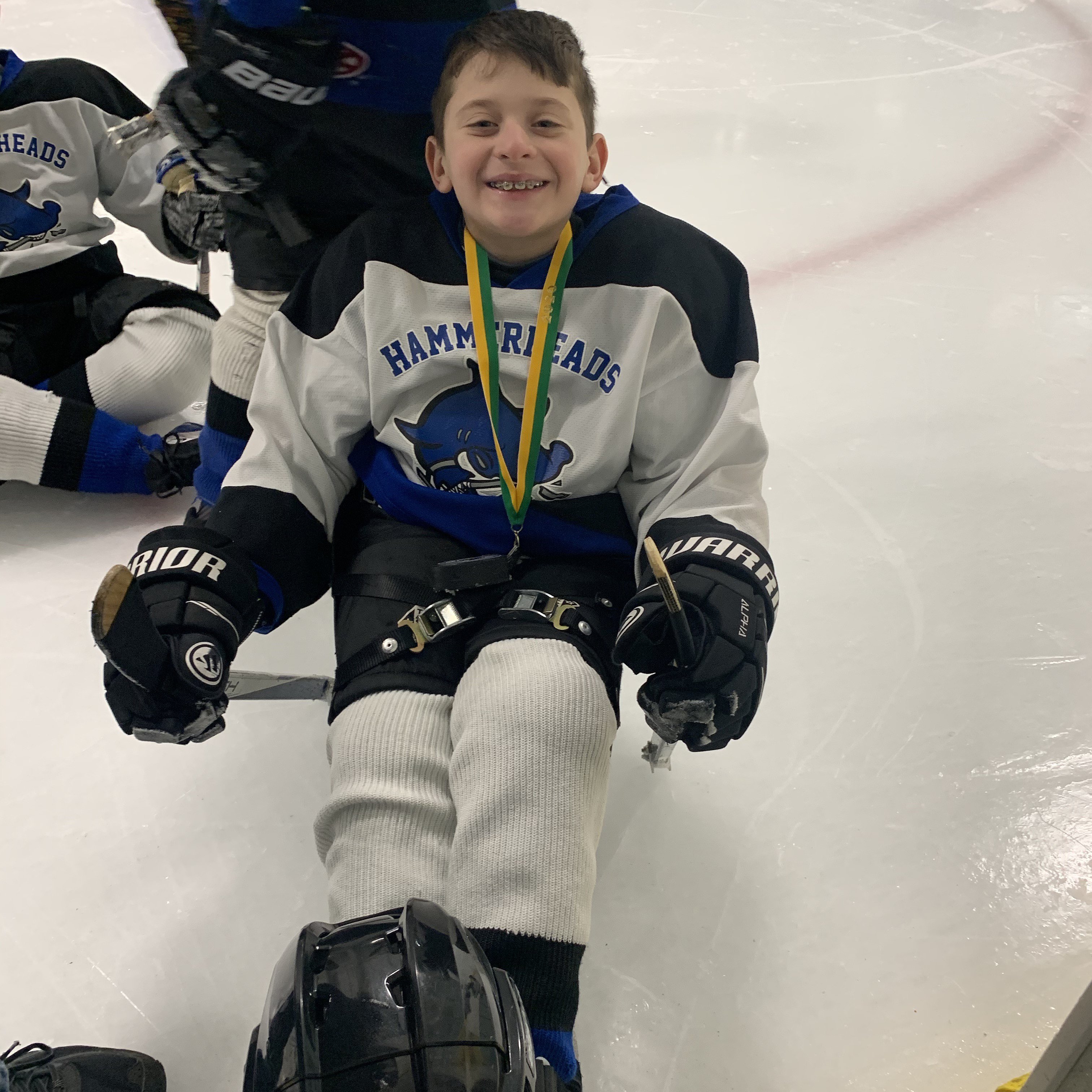 Many prayers for you to keep moving!

So nice meeting you and your family and friends yesterday. Enjoy your new ride <3

We love to see that big smile on Jackson.

Jackson you are awesome! Keep up the great work you are doing!

So Proud of you Jackson! "Oh the Places You Will Go!" Love Ms. Donna

Happy birthday Jackson! You have made so much progress in the short amount of time since you were in my third grade class. I can’t wait to see what you can do with your new bike!! -Mrs. Yelito

Good luck to Jackson and family! :)

Good luck with your new bike, Jackson!! <3 The Laird Family

HAPPY BIRTHDAY, JACKSON!!! You know that I AM SO EXCITED to see you tearing up the streets on this bike!!! I'm so proud of you!!

Jackson, can’t wait to hear about your first ride, keep on pushing. You are an inspiration too all

We are team Jackson since 2011! Ava and Jackson are buddies since they were 3 and we can’t wait to see this dream come true. No one deserves it more!

Gayle, Your grandson is an amazing individual. I know you’re proud of him. I’m proud to know of him!

Love and miss you guys! - Jamie and Emily

Note in memo:
In honor of Jackson A Epstein 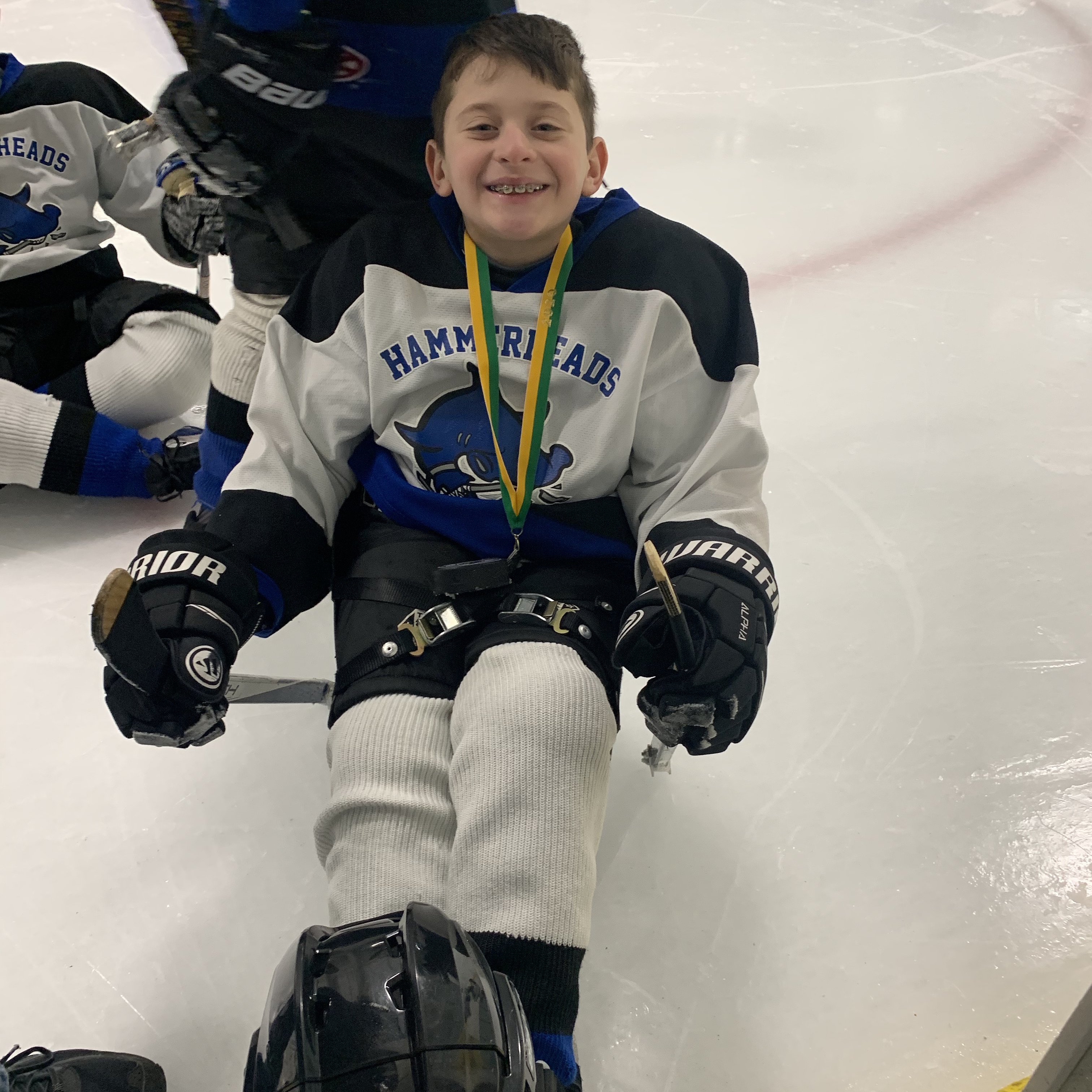