Note in memo:
In honor of Christopher James Bowers

We are writing to share the hardest decision we have ever had to make. After a long process of deliberation and evaluation, Christopher has decided to proceed with the heart/liver transplant process. He is now a candidate at Stanford Medical Center. After a lifetime with congenital heart disease, six heart surgeries, several other heart-related procedures, three pacemakers, multiple hospitalizations, and nearly dying on more than one occasion, Christopher’s doctors have advised that all treatments to keep his heart going have been exhausted: a new heart and liver is his only option. This will be a long, difficult, and costly process. We embark on this journey with mixed emotions ranging from terror and sadness to excited anticipation for a new lease on life and many more years with his wife, young son, and loving community.

Family and friends have asked how they can help. As of now we expect Christopher to be officially listed on the waitlist by the end of November. At that point, we simply wait “on-call” until the donated organs are available. When the call comes we have to get to Stanford within two hours. As we sort out logistics, it is clear that financial assistance will help. While Christopher has decent insurance, there are hefty copays for both hospital stays, testing, the transplant itself and a lifetime of continuing high volume medications (some of which are specialty medications with high copays or no coverage).
Christopher’s family has been warned that they can expect to hit the maximum out of pocket expenses for both medications and treatment which will amount to thousands of dollars. As well, there are many expenses simply not covered by insurance. Christopher and his family will be required to live near the hospital for three months post-transplant, after he is released from the hospital. Stanford is in Palo Alto, one of the highest rental markets in the country. During this time, the family will be paying double rent in order to live near the hospital and keep their current housing in Sonoma County. Lastly, there are also travel-related expenses, lost wages, possible professional physical therapy and caretaking, and other unanticipated expenses.

Stanford has made it clear that they cannot proceed with transplant without assurance that some of these expenses are covered. We are asking for donations and whatever small or large gift you can give. These donations are our hope for a longer life for Christopher and for his beautiful, light-filled boy to have a father for some more years to come. Your gifts of money are so much more than just that.

We have always tried to live our life with community as a central value. We know that the community we have tried to nurture and support has also been what has helped us survive thus far. Your kindness has kept us hopeful, and quite honestly sane. We are blessed to have you in our lives. We know these are tough times for many people, and completely understand if you are not in a position to donate. Regardless, we appreciate your listening and wish you and yours health and happiness. Thank you.

Christopher was born with a Transposition of the Great Arteries, First Degree A-V Block, and a Ventricular Septal Defect. In lay terms, his plumbing was poorly constructed: blood that should go to his lungs to be oxygenated pumps through his body, and blood in his lungs has already been oxygenated.

Shortly after birth, He was airlifted to another hospital and had his first surgery at six weeks old. He had other surgeries at ages three, eight, thirteen, twenty-seven, and forty-three (the last of which sent him into renal failure almost killing him). He has had surgeries at the Mayo Clinic, Stanford Medical Center, University of California San Francisco (UCSF), and a hospital in Texas. He has had three pacemakers, a device called and occluder to cover a hole in his heart and titanium plugs placed in his heart to repair other circulatory issues. In 2016, he was diagnosed with cirrhosis of the liver and was discovered to have large varicies that were at risk of causing internal hemorrhaging. He had those banded in 2016 and since has only had small varices.
Currently, Christopher has been diagnosed with Congestive Heart Failure. He relies on 22 pills a day, a high volume of medical appointments and hospitalization when needed. In recent months his kidneys have shown signs of injury and weakness due to his weakening heart. At times his kidney labs revealed he was heading towards kidney failure. Consequently, he has been in and out of the hospital in recent months. As well, as a result of one surgery he had in 1988 he developed cirrhosis (40% of patients who get this surgery also develop cirrhosis). The sooner the transplants happen, the better the outcomes will be. The sicker Christopher gets waiting for a transplant, the more likely he is to have complications or other poor outcomes.
Financially, Christopher and Jen get by on mostly Jen’s income with some federal disability money that Christopher receives. They make ends meet but their income alone would never cover the forthcoming expenses.
Christopher struggles to get through most days as he has so little energy or ability to exert himself. Even simple house hold chores or playing with his son can be exhausting. Fortunately, with the help of wife, his parents, and his in-laws he is able to do what needs to be done and enjoy the many small, sweet moments in a day. That said, despite the privilege of this assistance, it will not be enough to get him through the journey of his transplants and we hope that our community can step in to help as well.

Check out Christopher’s interview on KPFA”s Pushing Limits. Christopher discusses his upcoming transplant and what it’s like being a father in the face of such big events, as well as the things he is grateful for even with all of this going on: kpfa.org

Raising the Goal
My family and I have been so moved and inspired by the generous outpouring of donations, well-wishes and other help. We feel so supported. We are both stunned and thankful that in less than a week we have almost reached our original goal of $25,000. Since, making that goal (somewhat arbitrarily as Stanford gives no guidance about this) I have spoken with folks who have previously had transplants and been advised to raise my goal. I am reminded that I am in a sense setting up a fund for life since I’ll be on expensive medications for the rest of my days. As well, due to ongoing kidney issues, there is some consideration of a kidney transplant as well. With or without that, doctors have told me it is likely I’ll need kidney dialysis for at least some time after the surgery. They also expect that due to my complicated history my recovery both in hospital and living near Stanford may be longer. It is uncertain outcomes and a financially more intensive post-surgery situation that I did not consider originally. Therefore, I now set my goal at $75,000 to ensure that these possibilities will be covered. They tell me too that even in the best situations, things can get expensive. Thank you for all your support thus far. If you are able to give more, great and if not your offers of labor, spreading the word, and simply healing thoughts and prayers mean more than you will know. Thank you! 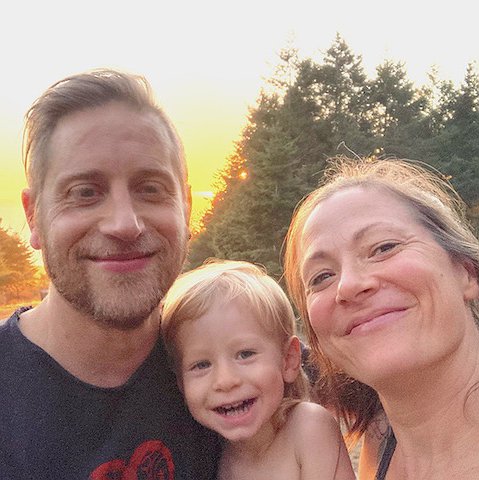 Hoping and praying that the next year brings you so much to be thankful for, but especially improved health and strength.

May your new heart and liver be infused with the vibrant aliveness and love that your beautiful spirit exudes. Scot & Sky

all love and healing to your precious heart

You have such a big heart for everyone else! May this journey bring you health & happiness with the support of all your wonderful family and friends. Sending you love & and huge hug! Beverlee

May all the forces of love and healing gather behind and around you through this passage, you are so loved

We are all gathered in small, quiet circles of love and prayer for you, Christopher, while you embark on this healing journey. You already have a heart of gold, so may your next heart and liver find a safe home in your courageous spirit.

Christopher Bowers has always stood together with people and communities struggling for a better, more just life. It's time for his community to stand with him. Hoping for smooth healing and recovery. ❤️

For someone as giving, as brilliant as passionate about justice and community as Chris, this support is the least that we can do. Debra and Bruce Harrow

Holding you all in my heart Christopher, Jen and your sweet boy!

Lots of love and healing to Christopher and his family.

Sending so much love to you and your family Christopher. Hoping you get all the care and treatment you need and support for your recovery. Sending faith, hope and wishes of a long life well lived with friends, family and community by your side.

Sending you best wishes for a journal of health and wellbeing. Thank you for your work for social justice and remembered that your community is with you.

May your next heart be as beautiful and kind as your first heart. Blessings.

Note in memo:
In honor of Christopher James Bowers