Note in memo:
In honor of James Jim Teltschik

HELP JIM BREATHE AGAIN!
The Spirit of God made me; the breath of the Almighty gives me life. Job 33:4

Our Doctors and Case Managers have encouraged us to ask for help with Jim’s expenses related to his illness. It’s not something we are comfortable with but are learning that people truly want to help and by allowing them to do so, God is blessing them in return. It’s a hard concept for us to follow. We have always been more comfortable being the giver rather than the receiver. Donations to Jim’s Breathe Again Fund through HelpHopeLive are tax deductible unlike many other platforms. We are much more comfortable with that because we know that our friends who give will also have some monetary benefit for their generosity.

Jim has been a pharmacist with HEB for almost 25 years. During that time, he has been extremely dedicated to his patients/customers and the company that he came to respect so much. HEB is a company that cares about its community and they care even more about their Partners. That’s what they call their employees—Partners. They have partnered with us through this journey as well. Jim began feeling ill in October. He went in for a COVID test and it was positive. We were devastated and scared. At that time, his breathing was so weak that the Minor Emergency Center called an ambulance and transported him directly to Methodist Hospital in San Antonio. Jim was immediately admitted and placed on the COVID floor. His condition continued to deteriorate and he was moved to the COVID Intensive Care Unit. After a few days, we realized how serious this was as his condition continued to worsen. He could not get enough oxygen in to supply his organs. We were told that he had to be intubated which Jim was absolutely against. Our family had asked for ECMO life support in lieu of intubation. He was evaluated and an ECMO bed became available so he was placed on ECMO 4 days after admission. He has remained on ECMO since that time which saved his life. Doctors have told us repeatedly that without ECMO, Jim’s organs could not sustain life and he would surely die. That’s a tough message to receive but we know that we’re not done yet.

During this pandemic, we have heard so many stories of people contracting COVID. People’s responses have ranged from no symptoms to a total catastrophic response leading up to death. We were quickly educated that was the scenario we were dealing with. There have been highs and lows—too many lows to count. He called one night and said, “I’m not gonna make it. I love you but I just can’t do this anymore.” He gave me burial instructions and I told him he had to FIGHT! You see, we’ve been married 40 years and we’re not done. Jim’s not done—I just know that in my heart. Jim is a hard worker and even with a terminal diagnosis of End Stage Lung Disease, he continues to fight. He has met every goal that the doctors have given him. He won’t give up

Jim still has a shot at recovery but the doctors have said his lungs are permanently damaged and his only shot is a double lung tranplant. So here we are. God has cleared a path once again and we are now on our way to Chicago for a lung transplant consult. Big words. DOUBLE LUNG TRANSPLANT. We have to relocate to Chicago where he will be treated at Northwestern Memorial Hospital. They are the #1 facility in the United States performing this procedure on COVID patients with the most success. Transplants on COVID patients are more difficult than on patients with other lung diseases but Northwestern has done 7 of them. God has opened that door and we are so thankful for the continued blessings.

We have been told by the hospital that the cost of a double lung transplant in the first year alone can reach $1,000,000 or more, including the costs of medications required post transplant. This figure includes insurance contributions & out-of-pocket costs. We can’t quite get our head around that which is why we are reaching out in faith knowing that God will provide. We have started our goal at $50,000. We humbly ask that if you feel led to help us with this journey, that you consider making a donation to our HELP JIM BREATHE AGAIN fund. Remember that it is tax deductible. The money will be maintained in a trust for use with co-pays, housing, transportation to/from Chicago for doctor’s appointments, caregiver expenses, and other expenses related to the transplant that arise. It will take a village.

Jim wants to fight. He wants to return to his pre-COVID life of helping others. He loves big and is famous for his big bear hugs. You know you’ve been hugged when you receive one from Jim. Now it’s time for Jim to get a hug and a prayer from everyone. We are so grateful to all of you who over the years have made a lasting impression in our lives. We cherish our friendship and your prayers. Thank you for joining us in our fight to HELP JIM BREATHE AGAIN! For those of you we haven’t personally met yet, you are loved. We can’t wait for the day to celebrate with all of you—old friends and new. It will come because with God, ALL things are possible.

To make a tax deductible donation to Jim’s fundraising campaign, click on the Give button.

Thank you for your support! Be blessed and Peace be with you. 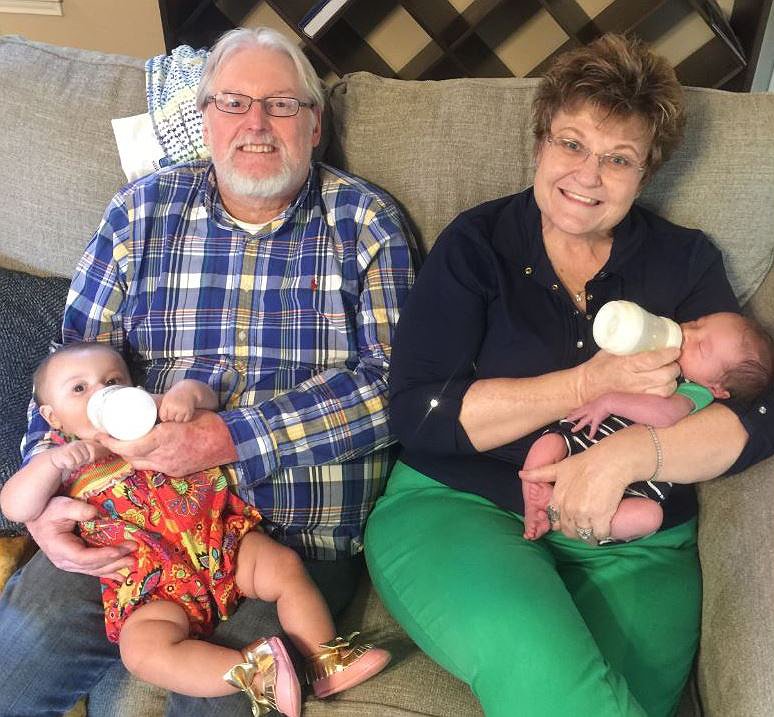 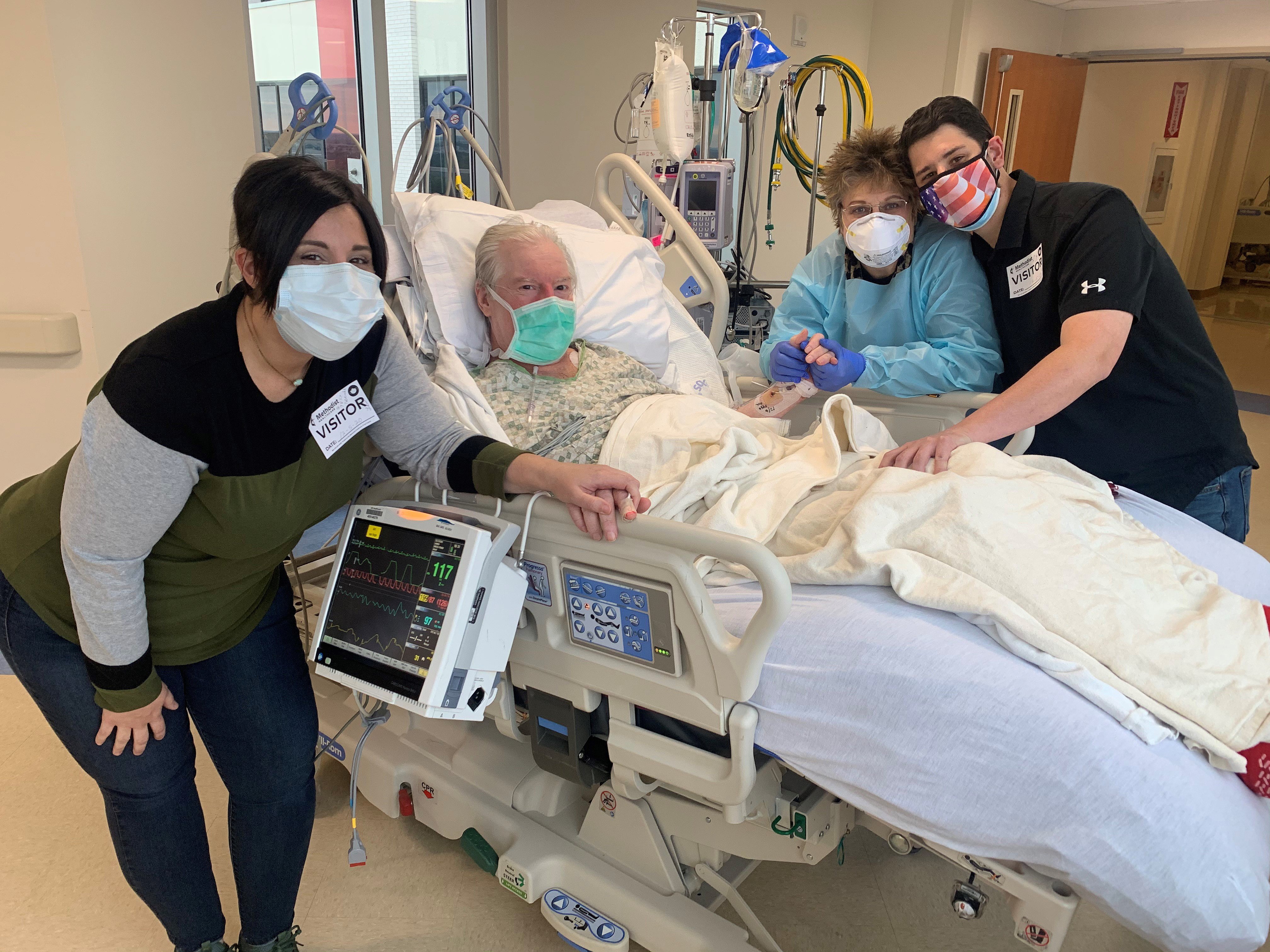 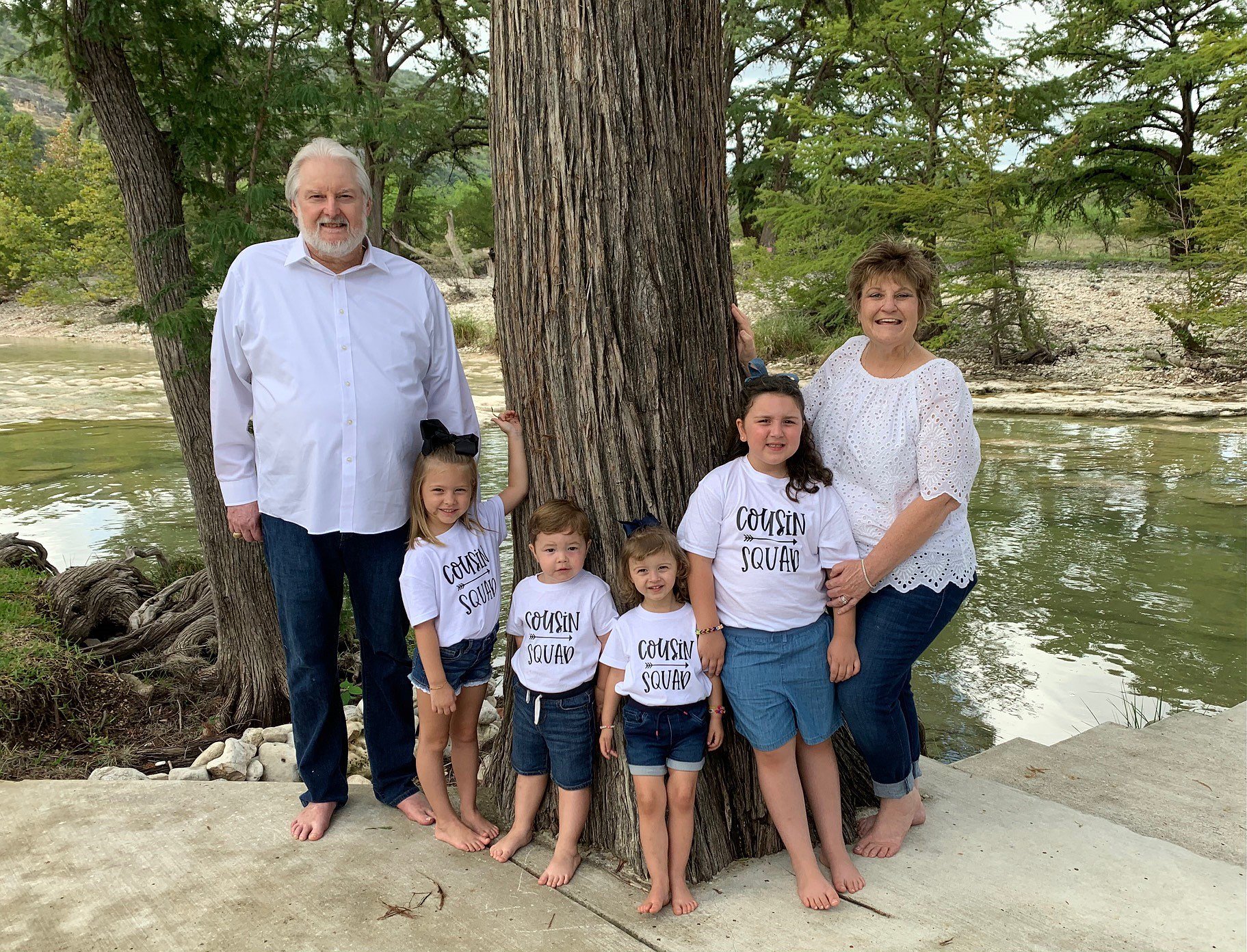 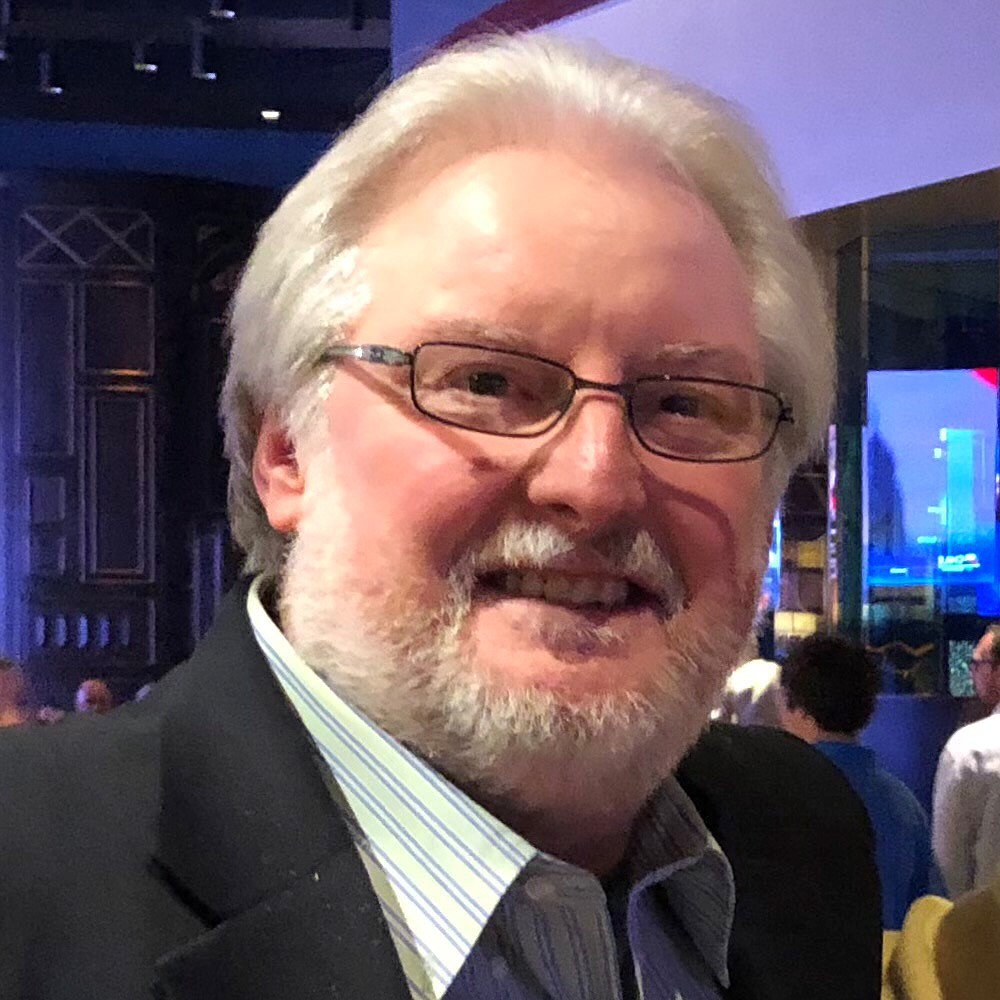 May God bless you and give you the strength to fight on and recover soon!

WE are praying for a donor and for a full recovery! Love you. David and Lu Ann

Hey Jim......stay strong.....we're root'n and pray'n for ya. Hope to see you soon back in San Antonio. Franklin and Janice

Prayers for your recovery.

I am friends with you niece Allison. We have been praying for you since October. We are cheering you on and trusting in God on your behalf.

Prayers being lifted for you from South Texas!!

Prayers for your recovery and prayers for the donors family at that time of need.

Our prayers are with you and your family Jim. Continue fighting!

God bless you and your family.

Praying for you and your family.

Please don’t give up!!! My sister, Angela, another HEB Pharmacist shared your story with us. We hope you get what you need & walk over 800 feet soon!!!

Stay strong Jim! You are an inspiration to us all.

Dear Jim, Lisa and family, The Bill Morris Family continues to lift you in prayer always. We love you!

Thank you for your service to our community, for being an amazing H-E-B Partner, and for staying strong. Team Perdue

I am praying for you dear Pharmacy friend ! Judy Edwards of Eckerds,CVS

Prayers for Jim and family!

Praying for Jim, his family, and medical team that God watch over them all.....

You got this, Jim! We're all with you!

Our prayers are with you!

Praying give you, Lisa & your Family Jim!! -Patrick & Annie

You got this, Jim! - A fellow partner

Keep up the great work Jim!

Jim Teltschik: Continuing to pray for you my brother, for successful procedure & a full recovery. Thanks for & your family being dear neighbors & close friends! We love you & miss you!!

Thinking of you! Sending you our support. Keep up the fight!

Sending you all love and prayers! Keep fighting ❤️

We are praying for you all.

My heart is with you and your family! Stay strong jimmy! We’re all praying for you!

Praying for you all!! Our Lord is faithful to provide!

Uncle Jim, we love you and we are praying for you and all the Teltschik’s. We know we will see you on the other side of this someday and celebrate your recovery! God Bless you. Adam, Maggie and Josie Hedgpeth

In Jesus' name, all things are working together for good.

I hope your Dad gets the lung transplant you are praying for! Sending well wishes his way and positive vibes to your family. We are thinking about y'all!

Praying for you all!

Praying for your father and hoping he gets his new lungs soon!!

Thoughts and Prayers for Jim, Lisa and Family!

Thoughts and Prayers for Teltschik Family!

We are praying for Jim’s help & healing! We are so grateful to help even a small way with support of this his medical support fund!!

James Jim Teltschik...praying for you!

Loving you all and praying daily!

Note in memo:
In honor of James Jim Teltschik