Note in memo:
In honor of Mark Stewart Cloutier

That Time Mark Got New Lungs

As many of you know, Mark has been healthy as a horse most of his life, but a few years ago he developed an annoyingly persistent cough. He began using an inhaler but it only helped so much. At the end of 2019 he learned that a bacterial infection had taken hold in his lungs. The doctor prescribed a 2-year battery of antibiotics, and at first they helped quite a bit. In fact, although the cough persisted he easily handled the miles of walking around sightseeing Austin in March 2020. Unfortunately, later that spring Mark noticed he was losing his breath a bit too easily. By summer it was significantly worse. It turns out that along with the infection he was suffering from pulmonary fibrosis.

On September 30th, he met with a doctor to discuss the prospect of a double-lung transplant. Although the thought of such a drastic procedure was frightening, his damaged lungs might only hold out for two more years at most. Everyone agreed that a transplant was the best option, so over the next few months he underwent a series of tests to make sure he was an acceptable candidate. At one point it seemed like he would be denied due to the bacterial infection, but thankfully all of the doctors eventually agreed that he should move ahead with a transplant. On February 4th, Mark’s name was officially put on the list to await a suitable donor. And so the waiting began.

He didn’t have to wait long. Four days later on Monday morning he got the call, a donor had been found! He gave the cat a few bowls of food and water then rushed out the door. Jodi, Jamie, and Brian met him at the hospital to anxiously await the scheduled surgery. It began Monday night, and was finished with no complications before the sunrise on Tuesday. By the afternoon he was breathing on his own, and on Wednesday he took his first short walk powered by his new lungs. At present he’s recovering at Northwestern Memorial Hospital, enjoying unfettered breathing and jello.

The family is opening this fundraising page for a few reasons. We know that many people are looking for a way to help in his recovery, and pitching in to cover some of the many expenses we expect to see in the coming months would be incredibly helpful. Help Hope Live is also a platform for communicating his progress with blog posts, pictures, and videos, so you can join us in his journey towards recovery too. Finally, you can post messages of encouragement for Mark and everyone else to see. We chose to use Help Hope Live because it’s a non-profit site that ensures donations go towards only recovery-related expenses. You can be confident that anything you give will be used appropriately. Donations are also tax deductible if that’s important to you! Thank you for reading this far and for considering a donation. Be sure to write a message to Mark before you go!

Hi everybody,
It’s been five months since my transplant and I’m overdue for an update. I’ve been home since early May, and am glad to be here, though I’m very grateful for Brian putting me up at his place for the first three months. He and Jodi and Jamie have been so supportive and I feel real fortunate that they’ve helped me out so much.
My health has been a bit up and down. Over the last three months I’ve had a chronic cough, some mild organ rejection, diminished kidney function and mild anemia. That all sounds bad but I’m told it is fairly typical, especially in the first year. Some symptoms are likely due to the immune suppressant drugs so I’ll be trying smaller doses of some along with some additional drugs to fill the gap. The rejection was already taken care of with a heavy duty dose of steroids.
I’m looking forward to the rest of the summer. We’re all going camping in a week and a half. Then a family reunion in August!
Hope you all have a great summer.

Today was the first day I was allowed to take a walk outside. Brian and I walked to the park along lakeshore drive for what ended up being a 2.4 mile walk with a photo break in between. It felt great to be outside, lots of people enjoying the lovely weather.

Hi everybody.
Well it’s been 3 weeks since the surgery and my recovery has been going smoothly. I can’t believe how easy it is to breathe and without coughing uncontrollably. I’m working on building up lung capacity, upper body flexibility and lower body strength and endurance. So far the docs have been pleased with my progress. I’m a little on the skinny side but they have me on a high calorie, high protein diet so I expect to start gaining back some of the weight I lost over the last couple years.
I feel extremely fortunate and grateful to have such an improvement in my health and am so thankful for your friendship and support. Thank you all.

Hi everybody, I wanted to give a little update on how things are going. But first I wanted to thank you all for for your kind support. This has been very moving and meaningful to me and I can’t thank you enough. I’ve had to have a box of kleenex nearby to make it through your messages.
I was discharged from the hospital on Friday afternoon and have settling in nicely at Brian’s apartment. He has been taking care of my mess, getting me to appointments, keeping me company and even helping me get in and out of bed. I’m like a turtle on his back right now. Jamie and Jodi are ready to dive in when Brian needs a break and she has been busy running me up and down from Wisconsin as well as making trips for medical supplies. She also adopted my cat, which was a load off my mind. Jamie has been to see me several times at the hospital. I’m feeling great right now and am able to get around with no difficulty, even getting to help out with the kitchen work. It sure feels good to be mobile again. I’m working on my recovery right now, breathing exercises and some light exercises to regain some strength and flexibility as well as walking as much as possible. I saw a physical therapist Saturday and he told me what to work on. He said I was doing really well and stick with the program. All in all I feel very optimistic and grateful for this new lease on life. Thank you again for your support, prayers and encouragement. Keep in touch and I’ll try to keep you updated. 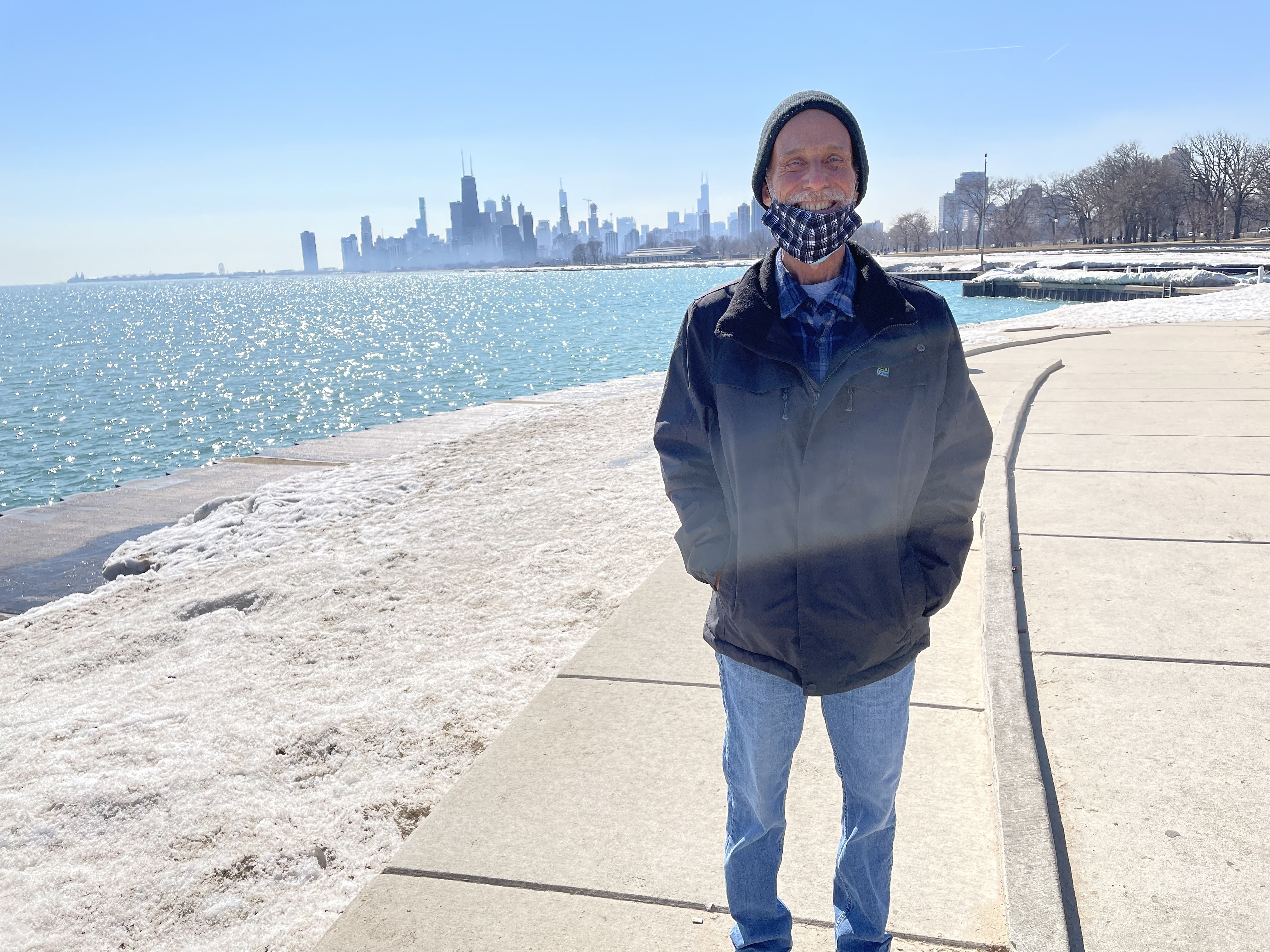 Note in memo:
In honor of Mark Stewart Cloutier 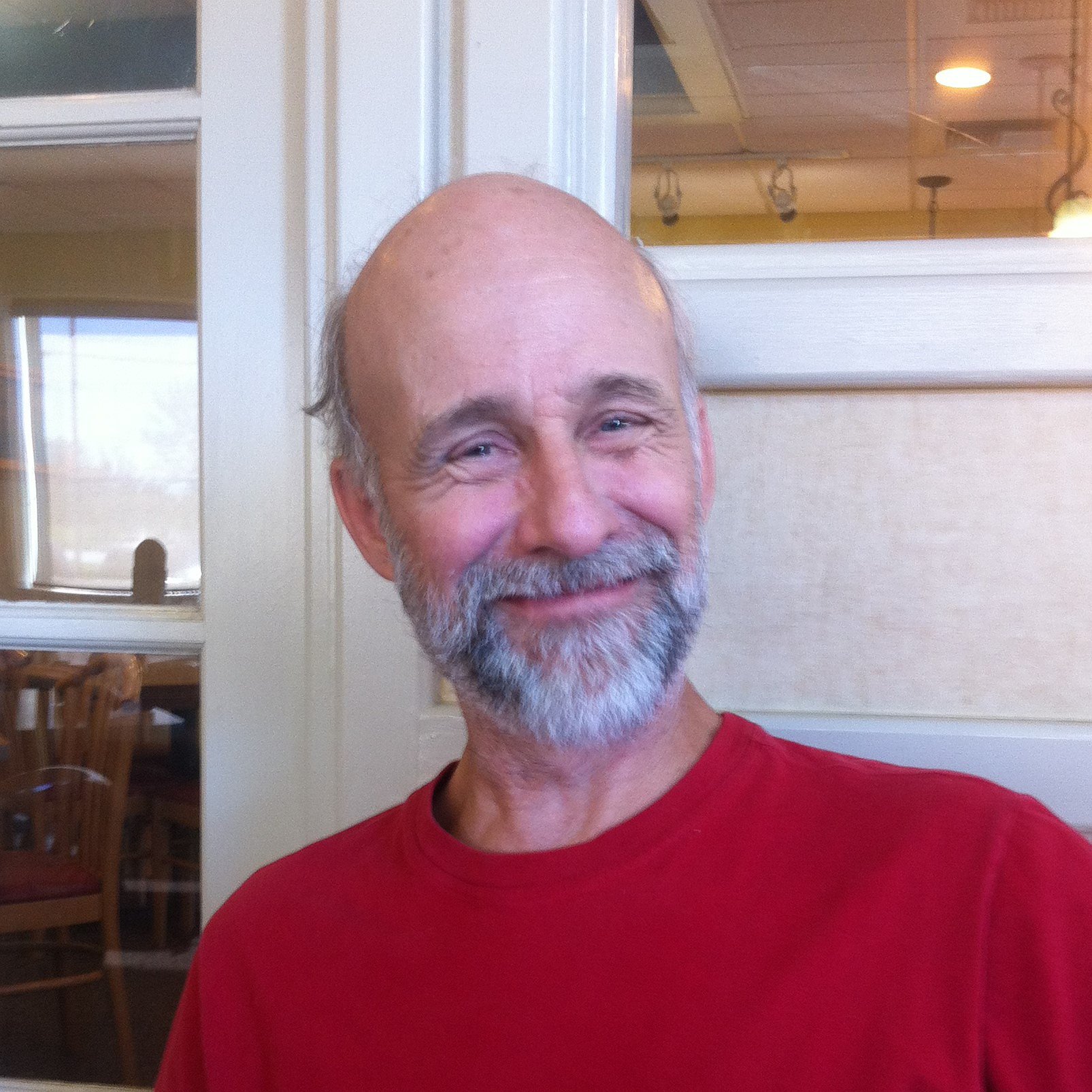