Note in memo:
In honor of Vincent Fenton

VINNY THE VAMPIRE NEEDS YOUR HELP!

On January 5th, 2021, 3 year old Vinny the Vampire had his very first seizure. He was rushed to Abington Hospital where he had testing done to see what was going on. He was admitted for observation. The following day, an EEG was performed and showed activity in his occipital lobe, consistent with occipital lobe epilepsy. He was referred to outpatient neurology to follow up.

Vinny’s decline became rapidly evident in his behaviors and language skills . After numerous doctor appointments, countless stays at Children’s Hospital of Philadelphia, multiple failed medications, it was determined that Vinny’s epilepsy spread from just the occipital lobe to the entire left hemisphere of his brain. Still drug resistant, he was also diagnosed with ESES, or, Electrical Status Epilepticus in Sleep. Vinny’s brain was constantly misfiring while his body tried to rest. Shortly after, there were no answers when his neurologist first mentioned the term Rasmussen’s Encephalitis.

Rasmussen’s Encephalitis is a very rare, progressive neurological disease that acts similar to a chronic inflammatory process. This can cause severe regression and decline in motor function, speech and paralysis. Without surgical intervention, which is the only treatment for Rasmussen’s Encephalitis, seizures would cross from the effected hemisphere to the other, resulting in severe brain damage. With all other interventions failing and no answers, Vinny the Vampire was referred to neuro-surgery for a brain surgery consult. There was no clear diagnosis, or if this procedure would help.

On May 24th 2021, Vinny the Vampire was admitted to Children’s Hospital of Philadelphia to under go the first procedure; placing electrodes directly onto his brain to determine if seizure activity was strictly focal to the left hemisphere of his still developing brain. One week later, Vinny had his second procedure to remove the electrodes and ultimately separate his brain’s hemispheres on June 2nd 2021.

After spending a week in the Pediatric Intensive Care Unit, Vinny was discharged to the neurological unit of CHOP, then ultimately to the Seashore Rehabilitation house. At this time, Vinny underwent intensive physical, occupational and speech therapies. After 51 days of hard work and many tears, on our day of discharge, it was determined, the pathology taken from his hemispherotomy was consistent with Rasmussen’s Encephalitis.

Since then, Vinny the Vampire attends physical, occupational and speech therapies via outpatient centers twice weekly. He has since returned to his daycare with all his friends and teachers that missed him. Vinny also received therapies while in school.

Everyday is a challenge for Vinny the Vampire. He wakes up with determination in his eyes and doesn’t let his “disabilities” stop him from being just another fun loving 3 year old. Though he is still adjusting to a slower lifestyle, he challenges himself daily and prevails in new goals, even if it takes some practice. He has never lost his sense of hope or positivity while enduring this stressful journey and he continues to make everyone he meets smile with his story.

We are raising money for the nonprofit Help Hope Live in honor of of Vincent Fenton to fund uninsured medical expenses associated with Catastrophic Illness.

We chose to fundraise for Help Hope Live in part because Help Hope Live assures fiscal accountability of funds raised and tax deductibility for contributors. Contributors can be sure donations will be used to pay or reimburse medical and related expenses. To make a tax-deductible donation to this fundraising campaign, click on the GIVE button. And please share Vinny the Vampire’s campaign page on your social media platforms.

We appreciate your support.

Vinny gets a bike!

Note in memo:
In honor of Vincent Fenton 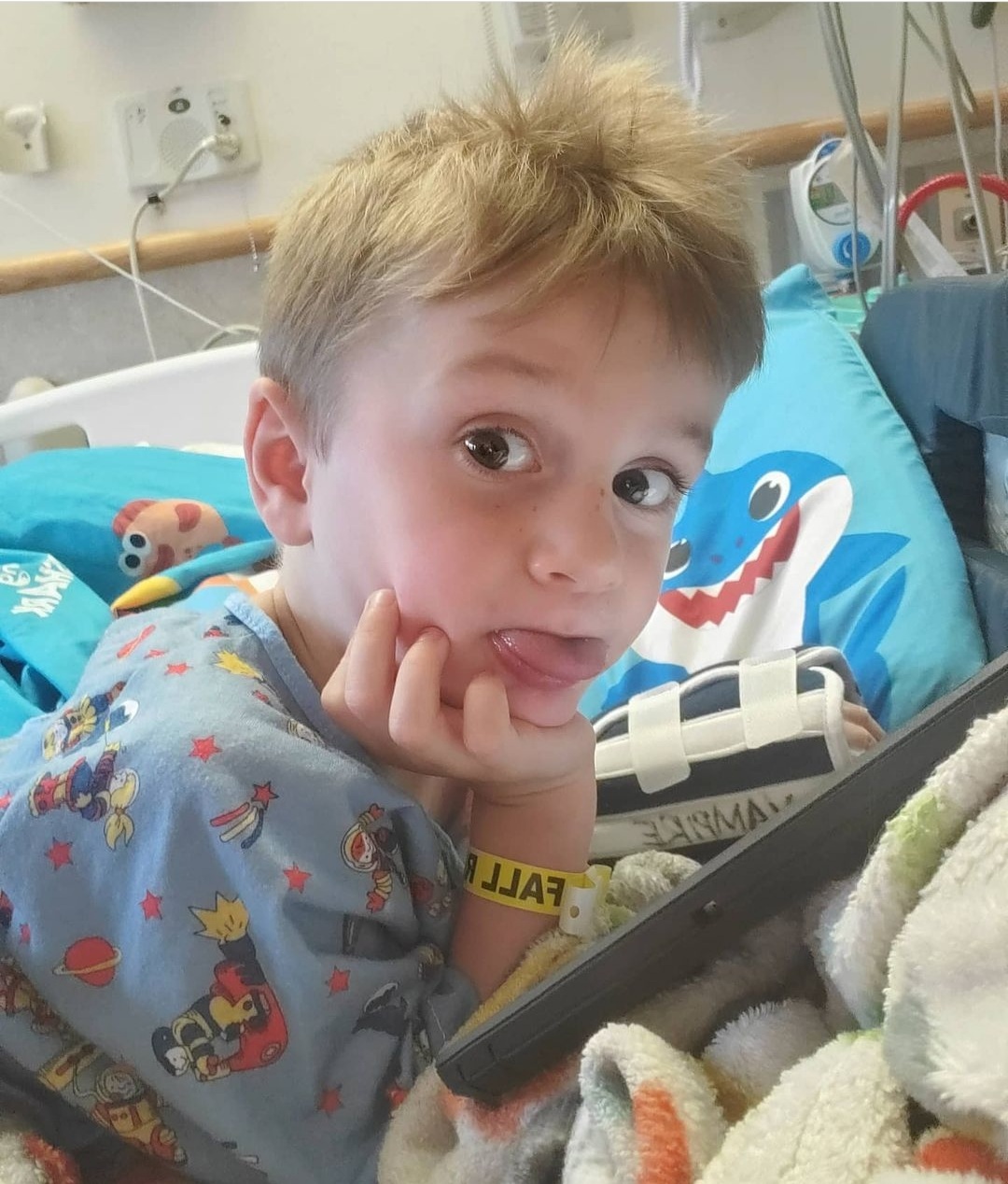