Note in memo:
In honor of Erin Meredith Cahill-Wetzel

Family and friends of Erin Cahill-Wetzel are raising money through the nonprofit Help Hope Live to fund her uninsured medical expenses resulting from her recent breast cancer diagnosis.

Erin and her husband/caretaker, Chris Wetzel, will be embarking on this life-changing journey while raising 5 beautiful children, including a new addition born 02/22/2022.

To make a tax-deductible donation to Erin’s fundraising campaign, click on the Give button. And please remember to check if your employer will match your donation.

Erin’s surgery went as planned yesterday. She was able to come home last night, and can now begin the 4-6 week recovery process. Her initial biopsies have shown no additional signs of malignancy. From here we have regular follow-up’s with her surgeons, but we are looking forward to a return to normalcy.

Through the end of chemotherapy, Erin’s treatments still continued to progress in a positive direction. She is scheduled for a bilateral mastectomy and reconstruction tomorrow.

The doctors continue to remain optimistic that she should enter remission after surgery without a need for radiation.

Bryce is going to be 4 months old on June 22. Despite joining mom through the first 12 weeks of chemotherapy, he has continued to grow and amaze us day over day. Already be send so determined to stand, the last few months he has really wowed us. He is so strong just like his mother and grandmother.

Bryce, along with our other children, have continued to give positive focus through a difficult journey.

After surgery, Erin begins the 4 to 6 week recovery phase and we are looking forward to an eventual return to normalcy.

From here she will be allowed about 3 weeks to recover and will then proceed with a bilateral mastectomy and reconstruction. The doctors continue to remain optimistic that she should enter remission after surgery without a need for radiation.

It’s hard to believe it, but Bryce is going to be 3 months old on May 22. Despite joining mom through the first 12 weeks of chemotherapy, he is healthy and already growing and changing so quickly. His little smiles and laughs are contagious and heart warming.

Bryce, along with our other children, have continued to give positive focus through a difficult journey.

Since Erin's diagnosis, she has found writing to be therapeutic and she has started a blog to share her thoughts, experiences, and reflections. If you are interested in following, the link is below:

This past Twosday was remarkable for many but for our family the significance of Tuesday 22/02/2022 goes far beyond a palindromic date when expressed in ddmmyyyy format.

Tuesday marked the halfway point in Erin’s progress as she kicks this cancer’s butt and her ultrasounds confirmed 1 of 2 masses have disappeared, the remaining mass and lymph nodes have shrunk in half.

Tuesday marked the day we finally held our boy after a pregnancy compromised of 12 weeks of chemotherapy, countless appointments with doctors and specialists, lots of monitoring, and tons of care, love, and prayers from family, friends, and doctors.

Bryce was delivered in the same hospital as all 4 older siblings, by the same obstetrician who delivered his oldest sibling, who also beat the same cancer diagnosis, and with the help of Erin’s breast surgeon who came to visit expecting to meet our new baby and instead ended up assisting in his delivery.

We still have about 4 months of treatment ahead between chemotherapy and eventually surgery, but we have got this, of this we are sure. Erin (and our son) are both tough, and there was never a doubt, having been in the delivery room all 5 times we know she’s truly one tough mother, but for now we have such a wonderful positive focus through a challenging time.

Erin and Chris:
We pray for a safe delivery and a speedy recovery.

a little more love from me and Jaim. happy holidays guys!!

Praying for Erin and the rest of the Wetzel family! -Truscello Family

Please know many thoughts and prayers for keeping faith and courage are with you as you negotiate this arduous journey. Stay strong! You have so many on your support team- backing you throughout this time.

Praying for all the Wetzel Family. God bless you, Erin.

Praying for you and your family, Erin. We love you guys!

Count on our daily prayers for you both and for your family. May you feel the power of God’s healing mercy. We love you and are here for you.

May God walk with you through you difficult journey. Our prayers are with you.
Barbara Rauch and family.

The Wetzels wish to thank all of you for your amazing generosity and support at this challenging time. Chris and Erin are blessed to be surrounded by so much love and caring! Thank you all! We are wishing you a safe and healthy holiday season. Sincerely, Dave & Celeste

Erin and Chris,
May God bless you as you face this new challenge; you are in our daily thoughts and prayers. Please reach out if we can help in any way (babysitting, grocery shopping,etc). Love, Uncle Bob and Aunt Anne

Thinking of you and praying for you every day! Erin, you are so strong!!
Love,
The Rauch Family

God bless-you are in our thoughts and prayers.

sending our love and prayers from CO

Erin and Chris, Please know that you are in our constant thoughts and prayers. You will not be alone on this journey and can count on the love and support from your extended family. We love you! Aunt Mary Jo and Uncle Bill

Best Wishes for a Speedy Recovery... Mom and Dad Wetzel

We ask that God watches over you; between our families, we have a few wonderful angles in heaven looking after you. Never stop fighting, never stop believing. We love you!

Erin and Chris - sending all of our love and thoughts to you guys.

Much love, Erin & Chris, as you tackle life's latest challenge! We will also put through for a corporate match from AmerisourceBergen. We love you! - Tim & Courtney

Note in memo:
In honor of Erin Meredith Cahill-Wetzel 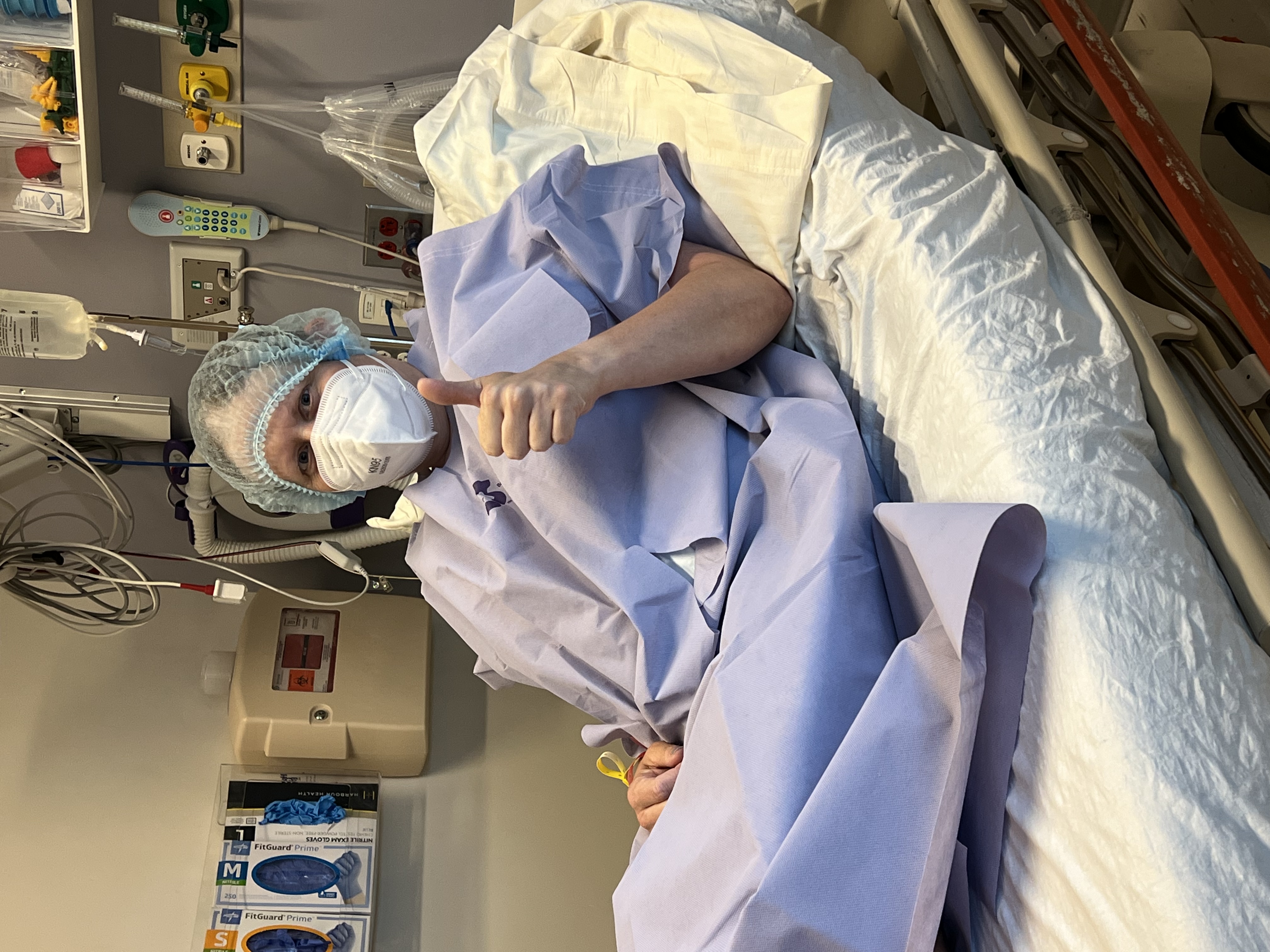