Note in memo:
In honor of Julie Posey

Julie Posey is a Cincinnati native who was diagnosed with Myositis in the Fall of 2016. She began to feel fatigue in her arms and experienced shortness of breath. In a matter of months her doctors informed her that Myositis, an autoimmune disorder, had reached her lungs and began to cause severe tissue damage. Julie’s quality of life quickly changed, as she went from breathing on her own to being fully dependent on oxygen therapy in less than a year. Through research and discussions with her physicians, she soon learned that the only way to get back to spoiling her grandkids, attending family functions, and continuing her career was to pursue a lung transplant.

“The Idiopathic Inflammatory Myopathies (IIM), which are generally referred to as myositis, is a group of rare, acquired (not inherited), incurable, systemic autoimmune diseases. While myositis is classified as a muscle disease, it can also affect the heart, lungs, skin, and GI tract, and can be associated with cancer.“ www.understanding myositis.org

Julie is the youngest of eight children, the mother of four, and the grandmother of six. She grew up in Cincinnati, Ohio (College Hill) where she explored her love of music, fashion, and Christian service. After high school, Julie chose to join the Air Force to pursue her dream of air traffic controlling. She was stationed in Arizona and it is there where she met her first husband and gave birth to her eldest child, Kendall. After many years of active service, she remained in the Air Force Reserve and relocated to the Bay Area in California.

While in San Francisco, Julie worked directly on the front lines of the HIV crisis. She helped to change and improve the quality of many lives through community outreach, grants composition, and direct patient care. Non-profit work quickly became a passion of Julie’s as she noticed how necessary and fulfilling the work was. While living in California, Julie met her second husband and they became the parents of three additional children; Shaniese, Julian and DeVier.

Upon moving back to Cincinnati, Ohio in the early nineties, Julie continued her work in the non-profit industry and made a difference in the lives of thousands. She focused on a number of issues impacting her community such as child hunger, HIV/AIDS, and racial equity. She raised her children in a loving environment where self-expression, kindness, and a pursuit of personal interest was encouraged. She poured her life into her community and her family.

Shortly after Julie’s youngest child DeVier was married, she began to notice what she would later learn to be the effects of Myositis. After many tests and a number of visits to different specialist, she was diagnosed with this very rare condition. Since the diagnosis, Julie has remained positive and faithful while undergoing multiple procedures. She is truly on an effortful journey of personal triumph. The prospect of a lung transplant is now a reality! After more than five years of struggle, the doctors at The Cleveland Clinic have deemed her a suitable candidate for the lung transplant procedure and are ready to approve!

The process of a lung transplant is an all-hands-on-deck situation. While she is recovering in Cleveland, Julie’s caretakers (family and medical aides) will have to alter their lives by taking time off work and school, hiring childcare, and temporary living in a different city/state. Julie will be in recovery status for anywhere from two to four months and will require 24-hour care throughout the entire process.

All funds raised will go toward emergency transportation to initiate the transplant procedure. Funds will also assist with Julie and the care team’s travel expenses, lodging, food, medical supplies, and other miscellaneous expenses during months of recovery.

What Can You Do?

As we prepare to move forward with this daunting and exciting process, we are asking for your help and donations to assist in covering the costs of care and recovery before, during, and after the transplant procedure. We are looking forward to having our mom, grandma, sister, aunt, and friend get the quality of life that she deserves back. Julie is woman who has selflessly given to others throughout the years and we are hopeful that others will give to her. We are grateful for any support.

You can make a credit card contribution on this site, or call 800.642.8399. Contributions made by check can be sent to the address listed to the left.

Thank you for your kindness and generosity. Thank you for taking the time to read about the woman who we love and care so deeply for. Remember to live a life fulfilled!

Please check out the photo album to see some of the people who will be impacted with your donation.

Check out this link to see Julie on WLWT 5 - Join us tonight. We look forward to seeing you at Homemaker's Bar!

Julie,
Sorry about your diagnosis of myositis and lung disease issues. I have Inclusion Body Myositis and work with the all-volunteer Myositis Support and Understanding. (www.understandingmyositis.org).

If you had not done so, please reach out, and can we can provide further support on any of our social l platforms.

Wishing you all the best,

Wishing you the best for Mother's Day

This is a great cause. Continued blessings.

We wish you and your family all the best.

Sending love and strength to the whole family from Lauren and Spencer.

I love you, Auntie! You are truly a fantastic, wonderful angel who deserves this blessing! Praying for you!

We Love you dearly Momma J!

Wishing you the best <3

Julie,
Judging by the number of people who showed up at the Homemaker's event, it is no doubt that you have positively affected many people. Good luck, God Speed, and Live Strong with Purpose.

I hope you get your lungs very soon.

Heard about Ms. Posey from her story being shared on the internet. She sounds like an angel walking among us. As a nurse who formerly worked with Cleveland Clinic’s lung transplant program, you are in the very best hands. Will be thinking of you and your family.

May God help Julie Posey and return her to good health.

Mrs. Posey,we are praying for you to get your double lung transplant and for you to enjoy many more memories with your grandkids! We love you and pray for the best!

I’m here for you. I love you Julie.

Good luck on your efforts.

Best of Luck On Your Transplant Maam.

Love this family and thankful for the opportunity to support. Love and peace!

Your family has always been good to me all of these years. So to show my appreciation and love I would like to donate once a week

Cousin, Our prayers are with you on this journey.

Thank you for including me on this campaign.

Praying for your call for your gift of the healthy and strong life you deserve!

Prayers for your mom. She is such a sweetheart and you have such a wonderful family! God Bless!!

I remember your generosity and openness when I covered DeVier at OSU. Wishing you the best of luck in this battle, Julie.

Julie, thanks for the inspiration! Our thoughts and prayers are with you and your wonderful family.
Jim & Georgette Perry

Sending all my love and light to this wonderful mama!

Thoughts and prayers to you and family. We are believing God for healing in this season! Luv ya Auntie!!

Finally!!! Sending lots of love and thoughts your way. ❤

Sending You Love and Strength!!

Praying that all goes well. Take care of yourself.

Praying for healing;God is an on time God.. Be Encouraged!

Kendall, I remember your Mom well from your TX days. She is an angel, and I wish her all the best. Sending her love and hugs.

Note in memo:
In honor of Julie Posey 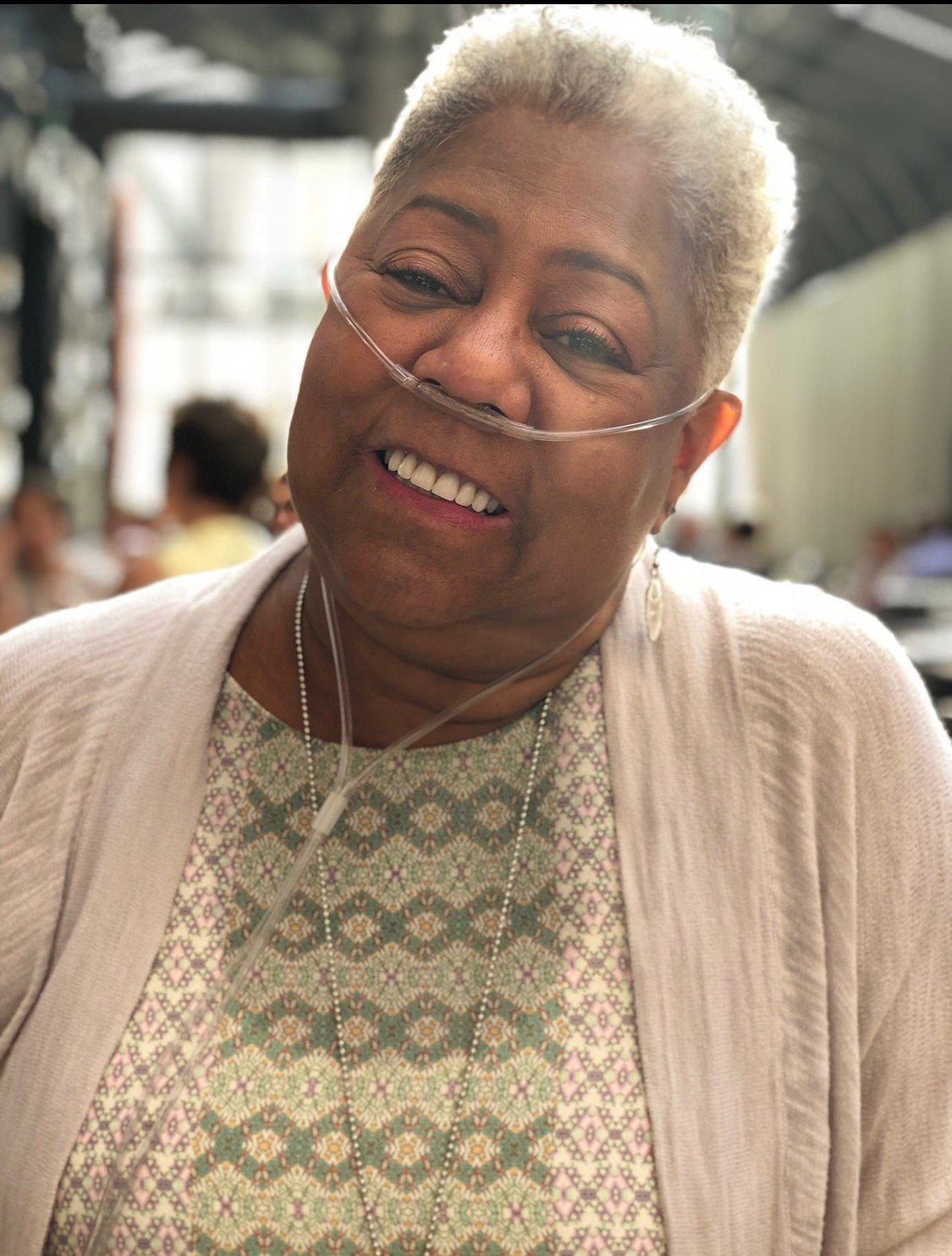