Note in memo:
In honor of Benjamin Shaffer

Ben is a husband to Suezane, father of 2 boys Owen and Ethan, and has been heavily involved in their sports. He also loves being out on the water, loves to fish, and teach his sons new things.

A week after Thanksgiving 2021, Ben was admitted to the hospital for some severe bloating and several other intense symptoms. After many tests, and a week in the hospital, Ben discovered that he had developed Cirrhosis. At the time he was sent home, but over the next few months his symptoms continued to worsen to the point where he was making frequent visits to the ER. This all culminated one afternoon when Ben felt ‘off’, became very ill, and had to call an ambulance to be taken to the ER. It was at this visit that Ben was given a very grim prognosis. He was much more sick than he had originally been told and he needed a new liver to survive.

After researching and interviewing different hospitals, Ben and his wife quickly flew out to Johns Hopkins to be assessed. After many tests, Ben was approved to be placed on the waiting list for a new liver. He is now waiting until a donor match becomes available.

Ben, his wife, two boys, and close family have been through a lot over the last several months. The goal of this fundraiser is to assist with medical expenses associated with the transplant, and the medical expenses not covered by insurance, the immediate care afterward, and the ongoing treatment on the long road to recovery.

We are raising money for the nonprofit Help Hope Live in honor of Benjamin Shaffer to fund uninsured medical expenses associated with transplantation.

We chose to fundraise for Help Hope Live in part because Help Hope Live assures fiscal accountability of funds raised and tax deductibility for contributors. Contributors can be sure donations will be used to pay or reimburse medical and related expenses. To make a tax-deductible donation to this fundraising campaign, click on the Give button.

The last few weeks have had some ups and downs. Luckily, after 4 weeks, Ben has been discharged from the hospital! Ben and Suezane have moved into their temporary home away from home until he’s well enough to come back to Indiana. Ben is making incredible progress every day. They will have to remain in Baltimore for a few more months to make sure that everything is working the way it should. Please continue to pray for both Ben and Suezane as the healing continues. They have expressed over and over again how blessed they have been throughout this entire process.

Great news! Ben’s surgery was a success. He’s spent the past several days getting acclimated to his new liver. Although he’s had a few challenges so far, Ben is definitely moving in the right direction. The first few weeks in the hospital are going to be the hardest for him. Please continue to pray and send your thoughts and good vibes to Ben and Suezane.

Great news! Ben has received a donor match! As of 6am on 3/25, Ben is actively in surgery to receive this life saving surgery. Prayers for everyone involved in the surgery are greatly appreciated.

We love you all & pray often. So many are rooting for you and your family!

Praying for you and the family. Get better soon!

Thinking of you all and praying for a smooth recovery!

Ben, you are in our thoughts and prayers. Wishing you a quick recovery! Penny

Pray for you, your family and your doctors. God bless

Through you our faith grows stronger. Big thanks to your lovely wife for keeping us updated.

Praying for you and your family ! ❤️

Sending ALL the prayers and good vibes your way, Ben! You’ve got this!

We are praying for you - Aunt Ruth and Bo Adams

We are so sorry you are all going through this incredibly difficult time. Sending all the love!.
Dan, Jane, and family

I’m sad. Ben, get better brother. If you need anything let us know.

Praying for you!
- The Greer’s

Praying for you all ❤️

Keep the faith and keep fighting! Keep those spirits up, We love you.

Praying for you guys!

You got this Ben and family!

Praying for you and your family. We remember you as part of the Meadowbrook Family.

Thinking of you and your family! Hang in there!

You got this Ben!!

We are thinking of you and your family!

Keeping Ben and all of your family in my prayers!

Love you both! I hope this little bit helps. ❤️

Thinking of you guys! Hang in there!

Prayers and best wishes for you and your family, Ben❤

Good is great. Will make a miracle for you

Note in memo:
In honor of Benjamin Shaffer 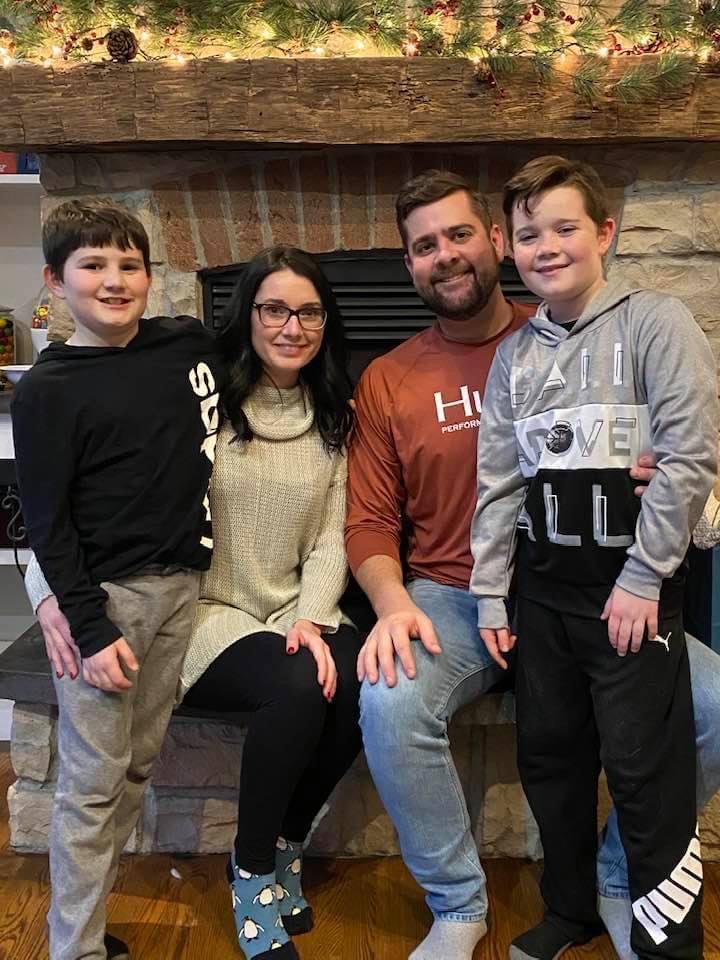