Note in memo:
In honor of Brent Davis

Brent’s journey began back in July 2021 when he got Covid. He went to the hospital and was put on a ventilator. During that time his kidneys stopped working so he was put on dialysis.

After some complications he made it through and was moved to a Long term care facility to recover and get off the trach that he had moved to from the ventilator. He was there for a month then moved to a Rehab center. In October he turned yellow and it was discovered that he had a staph infection in his blood. They found that the catheter for dialysis had staph and was pulled but his kidneys started working. His liver was not horrible at the time but not great.
He started to get better than got Influenza A. After that his liver just didn’t recover. He was getting worse fast. He went through all the steps needed to get on the list in two weeks.
He is the first Covid patient to get approved for a liver transplant. Family and friends of Brent Davis are raising money for the nonprofit Help Hope Live to fund uninsured medical expenses associated with transplantation.

Brent has chosen to fundraise for Help Hope Live in part because Help Hope Live assures fiscal accountability of funds raised and tax deductibility for contributors. Contributors can be sure donations will be used to pay or reimburse medical and related expenses. To make a tax-deductible donation to this fundraising campaign, click on the Give button.

Brent came home last Wednesday. He still has a lot of way to go but he is doing so much better. He is on oxygen but we hope we can wean him off of that soon. He got his staples out last Thursday and is progressing great.

He is in a lot of pain today and is on dilaudid. It hurts to move he says it's worse than the first surgery. Still in the icu. Just did an abdominal X-ray already had a ultrasound of the abdomen. Doctors came in before I got here and said this is just a bump in the road and he will get better. Still has the lines in his neck. Still has the ng tube. He will be on IV antibiotics for 14 days

Ok, he's in the ICU, they intubated him for surgery but have extubated him and are making sure he's breathing well. They:

1- biopsied the liver. It looks great.

2- saw that it was an artery behind the liver that was leaking and causing the pain, so they sutured that.

3- rerouted the bile duct straight to the small intestine,

4- gave him 2 units of blood while in surgery

5- found lots of goopy, blood clotty hematoma things and cleaned them all out, drained fluid, washed it out.

6- they took cultures since bile has bacteria and fungus.

There are things they will be watching for future, like hernia, and a thin bowel lining.

So for now success! Liver is maintaining unicorn status, we just need everything else to join that status.

Brent is walking a good distance. He is getting stronger but had a little set back in the fact he got an infection but that is looking better. We don’t know when he will get home but he is progressing

Brent has moved out of the surgical floor and is now on the rehab floor. What that entails is Monday through Friday he will have 3 hours of therapy. Saturday he will have 2.5 hours of therapy. And they have activities on Sunday. They meet as a team on Tuesdays so after next Tuesday we will have a better idea on how long he will be in therapy. But they are going to be tough on him and hopefully he can get strength back and become more independent. Thank you everyone for all the support and prayers we really are truly blessed.

Brent is moving up the rehab floor on Tuesday. He walked 250 feet and is starting to progress. He maybe on that floor for a few weeks. Then comes the crazy times of seeing lots of doctors and having lots of blood draws. Also having a lot of rules to follow.

Update on Brent. They are thinking the dilaudin is over-sedating Brent, so they've cut it back from every 2 hours as needed to every 8 hours.

That said his pain was at an 11 out of 10. So they gave him dilaudin and Tylenol and they are going to put a lidocaine patch in his right side where it hurts the most, since I asked about other non-narcotic pain relievers.

Brent has been more with it the last few hours, especially when his friends came, at least when they first came. He does have about 25 leads on his head and they are monitoring brain activity.

Brent has a feeding tube in, along with the lipdis, enzymes, etc that they are giving him through an iv.

He fell asleep and was resting when I left which I think is great, because, the pain has made that difficult.

He loves having his feet rubbed, if you visit him.

Hey so Brent got a liver that looks awesome and surgery went great. He is now recovering and here is to finally healing and getting better

He is in surgery. We have found a unicorn. We are so grateful to be at this point.

Liver wasn’t viable so no transplant. Pray we can get one sooner more than later.

So it’s that time again when a possible liver is a go for Brent. If all goes according to plan then surgery is at 5am. Let’s hope this is the one we have been waiting for. #maybe

Brent went into the hospital with really low blood pressure. He will stay there to wait for a liver

Brent is on the list for a liver transplant and is just waiting for a call. He has already had two that fell through.

Best of luck to you and your family!

So glad you were able to get the transplant, Brent. Hope everything goes well from here on out. Our thoughts and prayers are with you and your family.

Thoughts and prayers! To you and yours!

Thinking of you and your family and hoping for the best possible outcome!

I wish you the best Brent, I'm sure you will make it.

Really rooting for you Brent! I hope all the stars align, you get the best care and are on the road to recovery as soon as possible.

Hang tough, Brent! Let\'s get you that liver!

You got this Brent!

Looking forward to hearing all about your new liver. All the best during this trial!

Best of luck, Brent! We are pulling for you.

We love you sorry this couldn’t be more!!

We love uou, Brent and Alice and pray that you can get the help you need.

We love you Brent and Alice!

Note in memo:
In honor of Brent Davis 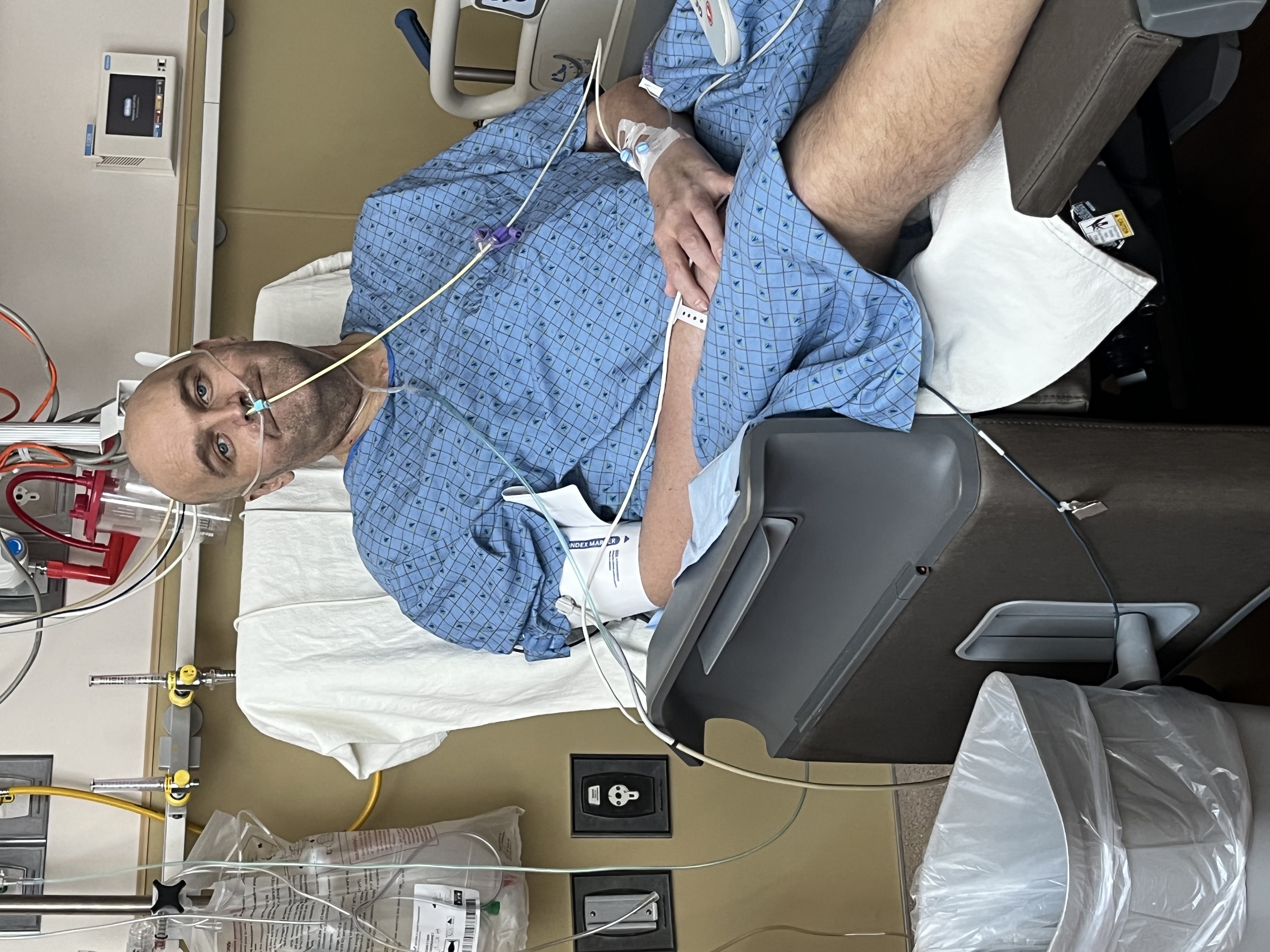