Note in memo:
In honor of Colleen Kleinhenz

Our dear wife, mother, grandmother, and friend Colleen suffers from a rare lung disease that, beginning in the fall of 2010, required supplemental oxygen and deprived her of an otherwise healthy life. Just before Thanksgiving 2011, when it became fully apparent that the disease left her with no other option for survival, she relocated from her Portland home to a Seattle apartment to await a life-saving lung transplant. Unfortunately, Colleen’s condition rapidly deteriorated, and she was hospitalized just before Christmas. Basic tasks such as bathing and getting out of bed were no longer possible without professional medical assistance. In an appointment with the University of Washington Medical Center’s (UWMC’s) Lung Transplant Team on March 1, 2012, it became clear that Colleen’s eligibility for transplant was nearing an end; she was becoming too de-conditioned to survive the rigors of transplant. With minimal time remaining, Colleen persevered and on the morning of March 6th, she received the call—the Transplant Team found a match.

The transplant occurred in the early hours of March 7th, providing Colleen with two healthy lungs from a donor in Hawaii. After just two-and-a-half days in the intensive care unit on a breathing machine, the tube was removed and—for the first time in over 18 months—Colleen was breathing independently, just like the rest of us! Less than a week later, she transferred from the ICU to a regular hospital bed. Just over two weeks after transplant, Colleen transferred to the UWMC rehabilitation unit, where she received four hours of physical and occupational therapy per day, walking the halls of the hospital, working out in the therapy gym, and practicing everyday tasks necessary for living in her home. On April 12th– for the first time since December — Colleen was discharged back to the Seattle apartment. From this point forward, the Transplant team projects that she will spend upwards of three months in the Seattle apartment, keeping herself in close proximity to the Team, attending weekly appointments at UWMC, and continuing with a rigorous therapy routine on an outpatient basis.

The transplant process has been medically, emotionally, and financially draining. Colleen’s physical condition entering transplant was weaker than most recipients. However, thanks to her longstanding healthy lifestyle, steadfast faith, and tremendous motivation to make the most of this second opportunity, Colleen is making great progress in her recovery. Many of you have already sent prayers and/or cards offering emotional support for Colleen, and it has meant a great deal to her and her family.

In honor of the woman we know as one of the most giving souls we’ve ever met, we humbly appeal for your help with the financial strain. While Colleen’s insurance covers many of the costs associated with transplant and post-transplant care, we hope to raise $25,000 to offset what it does not cover, the most burdensome of which are her $5250 out-of-pocket insurance maximum, the co-pays for the life-sustaining but costly post-transplant anti-rejection medications, and the Seattle apartment we must keep until she is cleared to return home to Portland sometime in the next several months. Additionally Colleen requires 24-hour caregiver presence, most of which is covered by family, though travel expenses are significant. Daughter Becky spends weekdays in Seattle and rides the train back to Portland on the weekend for her part-time job. Her husband Carl does the opposite, working weekdays in Portland and driving up to Seattle on the weekends. Finally, her sons Joe and Doug spend 5-10 days in Seattle each month.

A fundraising campaign in Colleen’s honor has been established with HelpHOPELive (formerly NTAF), a nonprofit organization that has been assisting the transplant community for nearly 30 years. All donations are tax-deductible, are held by HelpHOPELive in the Northwest Lung Transplant Fund, and are administered by HelpHOPELive for transplant-related expenses only. Your financial gifts will be greatly appreciated and will help Colleen and Carl make it through this difficult time. Thank you in advance for considering a contribution. 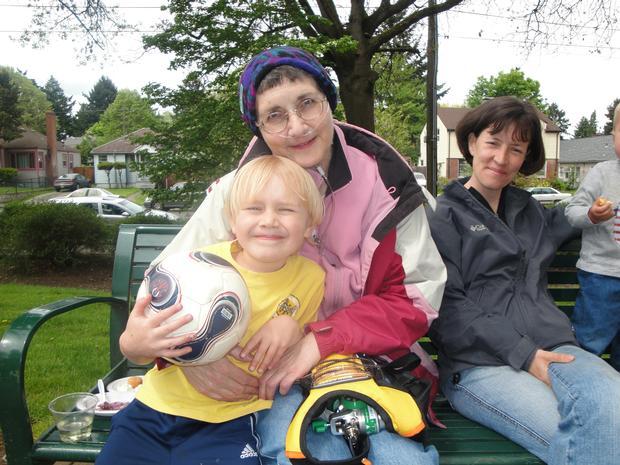 Hi Colleen, For some reason I thought I'd look you up on the Internet and here you are! I'm sorry I'm so late on the donation but I'm sure it is helping just as much as everyone else. It was a sad day when you had to leave GWBC and move to New York. I think about my GWBC family often and you're no exception. I hope you are doing well now and enjoying life more than ever! I always remember you having the kindest heart and biggest smile.

Hi Colleen, Cousin Paula here. Hope all is getting better for you and your family. There is a check coming your way to help with the expenses for the KLEINHENZ Family from the Philip DeVito Foundation. My husband Paul work with Sam DeVito who lost his son from cancer. He started a Foundation in honor of his son which has helped many families for many reasons. This will come your way with LOVE and KISSES to you both. Love to hear from you soon and get an update on the situation. Love, Paula Kleinhenz- Giera

My son, Nicholas Parkes-Perret who works with Joe at VOA, sent this to me. I was very moved by your story. This could happen to any one of us, at anytime. You are such a courageous woman, and your children are so loving. It's wonderful they can help and spend so much time with you in Seattle. I wish you a very speedy recovery and joyous life, and I hope that many contribute to your fund-raising efforts!

Colleen, Mom (Bobbie Kleinhenz) has been keeping me informed of your progress via Aunt Kathy. I was so happy to hear that you were able to get the transplant. You are in my thoughts and prayers as is Carl and your children. Stay strong and know that you are loved!

Colleen, We Are so very thankful that god had given you a new chance at life. Like me,back in 1983 apparently it just wasn't our time. LOVE,HUGS,AND KISSES TO MY SIS DONNA AND take it SLOW for the next few months

Lots of love to Grandma Colleen.

We're pulling for you, Colleen. Our love to you and your entire family--we can only imagine how stressful this is for all of you.

Note in memo:
In honor of Colleen Kleinhenz 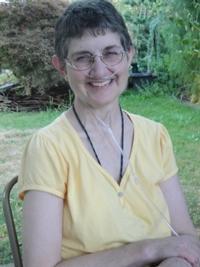