Note in memo:
In honor of Henry O Lopez

Some of you know Henry as the devoted father of his 12 year old daughter Sarena. Some of you know him as a life-long resident of the Coachella Valley. Some of you have known him since 2006 when he began his service as a chemical dependency technician at the Betty Ford Center. You may not know that during his time at Betty Ford it is estimated that he has helped over 1400 patients on their journey to become clean and sober! Of course, Henry’s devotion to serving doesn’t stop at the doors of Betty Ford. Since his own recovery from addiction began in 2003, Henry has played a vital role in the recovery of patients at Michel’s House, the ABC Club, juvenile halls and prisons. He can also be found sharing his message of hope and courage in police departments and schools.

In 2008 he was diagnosed with Hepatitis “C” for which he has received numerous treatments. Today he has stage “4” Cirrhosis of the liver caused by Hepatitis “C”. Henry is on the waiting list for a liver transplant at Loma Linda University Medical Center. A liver transplant is his only chance for survival!

In spite of Henry’s resilience and resourcefulness when it comes to helping others and himself, he has come up against a challenge he cannot meet on his own. In and of itself, transplant is a major surgical procedure. It is extremely expensive and insurance falls far short of covering many of the costs. As a friend of Henry, we can do much by offering his family and Henry our prayers during this time. We can also help financially.

To help offset some of Henry’s uninsured medical expenses a fundraising campaign in his honor has been established with HelpHOPElive, a non-profit organization that has been assisting the transplant community for 30 years. All donations are tax deductible and held by HelpHOPELive in the Southwest Liver Transplant Fund. The funds are administered for transplant related expenses only. So you won’t see Henry joy riding in a new low-rider! Here’s how to make a contribution:

Note in memo section:
In honor of Henry Lopez

Henry, I hope my contribution helps as least a little as it is definitely for a great cause! You're an inspiration to so many and always putting others before yourself! God bless you!

God Bless you Henry. You are an inspiration to many!

Some help is on it's way and I am praying for your full recovery. Henry, you have been an inspiration for many, myself included, and I know God is with you! Cort

Note in memo:
In honor of Henry O Lopez 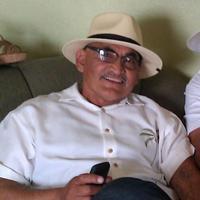