Note in memo:
In honor of Tim Medendorp

I am writing to ask for your prayers and support for my husband, Tim Medendorp. Tim had aortic valve replacement surgery in December of 1998 to correct a congenital defect. A bi-ventricular Pacemaker/Defibrillator was installed in 2001 for arrhythmia. In 2009, he was hospitalized four times and referred to the University of Chicago Medical Center for what was thought to be an imminent transplant. Doctors there were able to delay the transplant with medication adjustments. After two hospital stays in 2011, his doctor said the words Tim had been hoping to avoid: “It’s time.” The doctors have determined that his only chance for survival is a heart transplant.

December was a blur of testing and consultations. During the testing it was discovered that his body has developed antibodies because of the valve surgery. This means that he has 90% fewer suitable donor hearts of those which might otherwise have been used.

On December 30, 2011, he was hospitalized with a blood infection that further weakened the heart. He was listed on January 20, 2012 and, due to the antibodies and this most recent blood infection, his status has been downgraded to the second highest level of those awaiting hearts.

In April of 2012, the head Cardiologist recommended having a Left Ventricular Assist Device (LVAD) implanted to prolong Tim’s quality of live and sustain him, it what was probably going to be a long wait as his body makeup reduced the possible matches he would be eligible for. If we waited Tim might be too weak to undergo this procedure in the future. The LVAD was implanted in June of 2012.

Most of you know of Tim’s love of music. He is currently serving on the Worship and Audi Visual Team at Parker Road Bible Church. Although from the outside he doesn’t look sick, Tim is no longer able to sing with the praise team or his daughter as often as he would like.

While Tim is presently working full-time, he is restricted on tasks he can perform and manual labor is few and far between; once a heart is found, there will a period of time that he will have no income. So, we need your help! The cost of the transplant itself is staggering. The cost of survival is even more expensive. Even with insurance, there will be co-pays, deductibles, travel to and from the transplant center, and the costly anti-rejection medications Tim will have to take for the rest of his life.

To ease this financial burden, a fundraising campaign in Tim’s honor has been established with Help Hope Live, a nonprofit organization that has been assisting the transplant community for over 35 years. All donations are tax deductible to the full extent allowed by law, are held by Help Hope Live in the North-Central Transplant Fund, and are administered by Help Hope Live for transplant-related expenses only. If you would like to make a contribution, click the Give button.

Tim, Phillip, Meagan and I thank you for your generosity, support and prayers.

Sorry for the lapse in updates –
In January, Tim and I spent our 25th anniversary in Honolulu, thanks to a gift from a dear friend. On the 6th of February Tim was returning home when someone ran a red light, at a high rate of speed and under the influence, and totaled his car. He spent 21 days in the hospital. He was released to attend the funeral of his father, who passed away from complications of Lewey Bodies Disease. He was only able to be released, under strict instructions and frequent check-ins with his cardiac team. He spent the better part of the year in therapy for a torn rotator cuff, from the accident.

In January of 2019 we relocated. Tim was having issues climbing the stairs to our second floor condo. As we had been there for about 25 years, moving was quite the emotional and physical endeavor. We are now in a first floor condo and growing to love our new home. Tim’s heart continues to weaken and he finds himself frustrated as more and more of the things he used to do are becoming very taxing. It will be 8 yrs on the transplant list in January, as Tim has a high probability of rejection.

As of Christmas 2015, we continue to wait. Constantly testing, monitoring and adjusting medications. We are told the next step will be monthly treatments to kill the antibodies in my blood. This will involve 3 days of treatment every month. Changes to insurance mean more out of pocket expenses in 2016. Small changes like the recent 300% increase in parking at the hospital are a drain as well. Valet parking used to be $5/ day for patients. Privatization now has self park at $15/ day.

As with alot of people my insurance is changing this next year. Which means out of pocket expense and premiums go up greater than any (not) expected increase in income.

Also, remember any Credit Card donation on Tuesday Dec 3 will have the processing fee waived, which means your whole donation will go to my fundraising effort. Mark your calendar, give and get another Tax deduction.

Thank you for your prayers and Support.

Being highly sensitized, I currently have a limited potential to find a match. I will be starting immuno-suppression therapy in the near future. This entails 3 days of treatment every three weeks. Our cost for the drugs will not be known until we actually schedule the therapy. However we do know that some of the immuno-suppression drugs cost upwards of $3,000 per month. Please pray with us as we begin this next phase after I lose a little more weight. 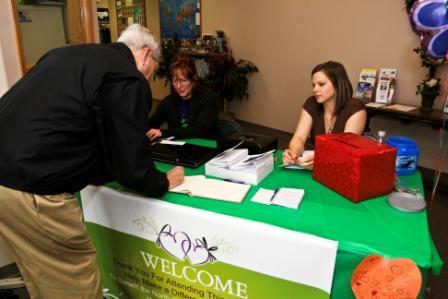 You and your family are in our family's prayers Tim. Merry Christmas (early!)

Tim - you and your family are all in our prayers. ps- when did the kids grow up! Seems like yesterday we were talking about scouting.... You have a beautiful family

Always thinking of you. Grateful for everyday I see that you are enjoying life. Love you always.

Tim and Karen I pray for you and family every day. I am so proud to be your Aunt and pray you continue to be strong.

hehe im at school and i get to mes around

Tim - know that we are praying for you.

Will continue praying for you and your family. God Bless

Tim, You have been such a blessing to many...especially to us Sowatzkes! We are earnestly praying for complete healing so that our Lord would be glorified. You are a testimony to all the lives you touch

I am a co-worker of your sister's husband (Mark). He shared your story with me a few days ago. I wanted to let you know that I am keeping you and your family in my thoughts. I hoep it's okay that shared this link with my friends and family. Godspeed on your journey through this.

I love this family! Tim, along with his wife and children, are such a blessing to me. They have prayed for and been there for my family and I, no matter what their circumstances were. They help and give without being asked. I am so blessed by God through them. You are daily in my prayers.

I am a friend of your sisters wanda."s and martha "s roommate..I am praying for you,and your family.

Know that we are praying for you and thinking of you often.

Note in memo:
In honor of Tim Medendorp 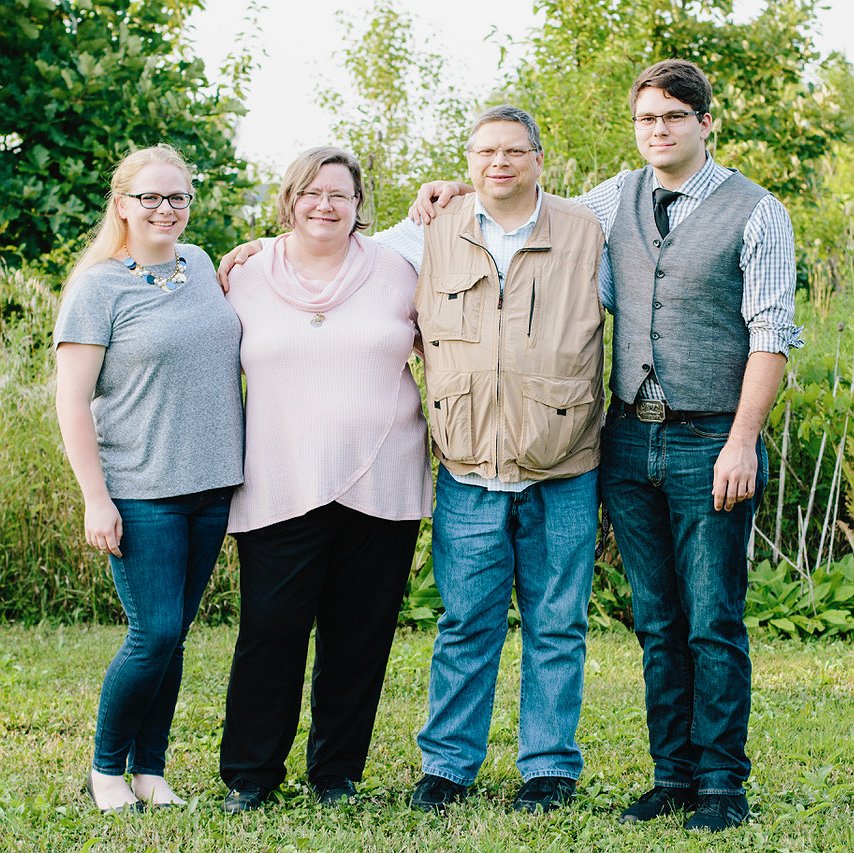