Note in memo:
In honor of Steve Meredith Sr.

I am writing today on behalf of my uncle, Steve Meredith Sr. and his family. Those of you who know him, know that on July 14, 2012 Steve suffered not one, but two heart attacks. He made it to the hospital just ten minutes before the first heart attack. His heart was restarted two times in the ER. Because of this trauma he is left with only one functioning side of his heart. Steve was transferred to Fort Wayne Lutheran Hospital on July 17, 2012 and two days later he underwent open heart surgery to install a Ventricular Assistive Device (VAD). The VAD is what now keeps Steve’s heart beating. Steve was released from Fort Wayne on August 7, 2012, but his biggest fight is yet to come. The VAD is not a permanent solution to Steve’s heart problem. He will need a new heart to stay alive long term.

The purpose behind this letter is to ask for your help. The heart transplant operation and resulting hospital stay costs nearly one million dollars total. Although several of the expenses will be covered by insurance, a large amount of the financial burden will be added to the already growing amount of Steve’s medical bills from the past year.

Due to these astronomical expenses associated with heart transplantation, a fundraising campaign in Steve’s honor has been established with HelpHOPELive, a nonprofit organization that has been assisting the transplant community for 30 years. All donations are tax-deductible, are held by HelpHOPELive in the Great Lakes Heart Transplant Fund, and are administered by HelpHOPELive for transplant-related expenses only. We know that times are hard for everyone, but we ask you to consider giving what you can. Any amount is greatly appreciated.

If you would like to make a donation in honor of Steve Meredith Sr., please:We truly appreciate your donations and your time. Anyone who knows Steve knows he is a wonderful, kind-hearted person. He is first in line to help a friend, and nothing is more important to him then his family. I know that his biggest wish is to be with his grandchildren, Anastasia (2) and Steven Lee (1), and to watch them grow. So, on behalf of Steve and his family, I ask for your prayers that he will quickly receive the heart that is going to ensure that he will get his wish. 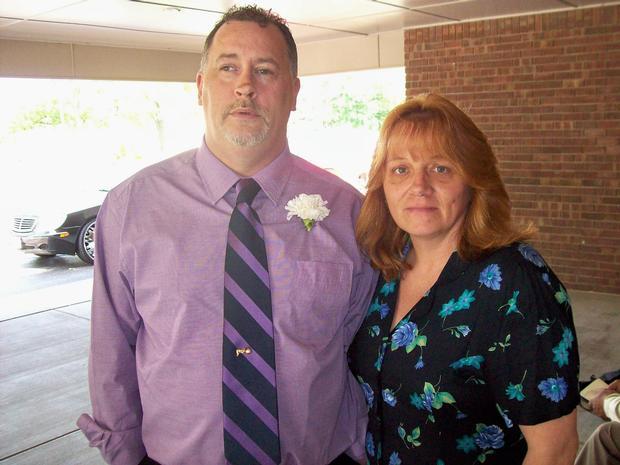 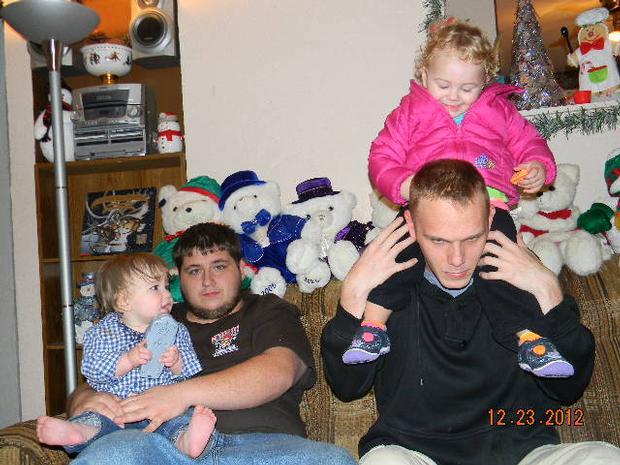 I am so excited for all the good things going on for you! You have an amazing family and wife. Your hard work will pay off and everything will be taken care of! I am positive of that.... God has plans for you Steve. Your family is getting bigger with the addition of your new daughter-in-law... I hope you all enjoy the wedding and please post PICS! Keep everyone posted on your progress... we are all praying in ALABAMA.

Hope that you are well taken care of and everything goes great!

Good luck with everything! Miss you!!

We wish you all the best on your journey for a heart.You and Candy know that we are there for you when ever you need us. Lots of Love

"Anyone can give up, its the easiest thing to do. But to hold it together when everyone else would understand if you fell apart, that's true strength. That takes courage"- unknown I always new that you weren't afraid of anything, but over the last year I have been reminded of exactly how brave you are. Not alot of people could handle everything that you have had to and Im so proud of you for staying positive and for handling all of this with such grace. You and Aunt Candy have always been so much more than aunt and uncle to me and I love you both so much. Your heart is coming, and when it does, I will be there for you, with mushroom soup!! I love you!

you will be in my prayers. hope all goes well.

My old friend I am going to try this again. You are more than a friend to me you are my Brother-in-Law, we have been through a lot. You and your Wife have given me a lot mostly backbone, and taught me to speak up for myself when no one else does. I would not be the person I am today if not for you guys. So believe me when I say I know all this will happen for you, it may take a little time of course but it will happen. Especially since you are not done teaching yet-(2)-grandchildren need you to them as well. So this old lady is telling you to stay positive!

Steve, even though I don't know you, I'm praying for you and everything to go super well! Trust in God, He has you in His palm.

25 years ago when we started our journey together, we had no idea what the future held for us.2 beautiful children & 2 precious grandchildren later we still face uncertainty. I want you to know that I will be by your side as TOGETHER we conquer the latest obstacle. I will be by your side and I will LOVE YOU until the end of time......

Thoughts and PRAYERS are with you,Steven,stay positive that your new heart will come soon,love you!! Scott&Sara and Kids :)

Steve I wish I had more to send to right now.but what I can send to you is. my prayers to you and your family. You have always had a good heart and now it is time fr a special heart.

Steve, we are all praying for you. We hope everything goes smoothly and according to plan. From your Alabama Family.

Love and prayers go out to you and your family. We are always here for you and cannot wait until the day that you receive your new heart. If you ever need anything do not hesitate to call. We love you so much!

We love you very much and pray that u will soon receive your new heart and have a speedy recovery with all your loved ones right by your side!!

Note in memo:
In honor of Steve Meredith Sr. 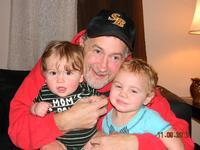