Note in memo:
In honor of Jim Behling

In 1971 Jim Behling was diagnosed with Crohn’s disease, an inflammatory bowel disease (IBD) that can affect the entire intestinal tract including the stomach and esophagus. At the time Jim was told that Crohn’s was a, “nuisance” disease that would come and go but would not be life threatening.

In 1973 Jim’s entire large intestine was removed in a life-saving emergency operation necessitated by the damage done by this, “nuisance” disease.

Over the next 29 years Jim went to work every day, raised a family and even succeeded in singing 19 years with the Mormon Tabernacle Choir. During those years he was being slowly eaten alive by this pernicious disease. Not a day could be considered pain-free. Many days being so bad that he would have to take a break from his work to find a corner where he could curl up in a ball and rock back and forth until the pain subsided enough to allow him to return to work or family. Every few years surgeons would go in and take another section of his small bowel that had been damaged to the point that it had to be removed. In 2002 the last piece of small bowel left to be removed was taken and Jim was left to survive through intravenous feeding, (TPN). For the first time in 30 years Jim was pain-free and thriving. Unfortunately, TPN tends to damage the liver with long-term use leading to liver failure and a very ugly death.

In June 2007, after surviving a life-threatening infection related to his TPN – the third one that year – Jim was referred to the University of Pittsburgh Medical Center, (UPMC) to be evaluated for a small bowel transplant. After undergoing extensive testing it was determined that his liver has, in fact, been damaged to the point that it may be necessary to replace it.

Jim and the transplant team at UPMC have determined that the risks involved in transplantation are out-weighed by the benefits gained from such an operation, and Jim will be listed with the United Network for Organ Sharing, (UNOS) to receive a small bowel and a liver when they become available. This could happen in as little as a month or as long a year or more. All of this time Jim must be within 4hrs of UPMC. He will also be required to remain near UPMC post-transplant while his condition stabilizes enough to allow him to return home. Several trips a year to UPMC for the next five, or so, years will be needed for follow-up. None of these considerable expenses are covered by his insurance.

To assist with the costs of transplantation, Jim may apply to receive assistance from the HelpHOPELive Southwest Multi-Visceral Transplant Regional Restricted Fund. HelpHOPELive is a nonprofit organization that has been serving the transplant and catastrophic injury community for 30 years. All contributions are tax-deductible, the property of HelpHOPELive and are administered by HelpHOPELive exclusively for medically-related expenses only.

Thanks for your support.

Note in memo:
In honor of Jim Behling 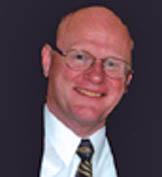