Note in memo:
In honor of Doug Bertschy

We are writing on behalf of our son, Doug Bertschy. He is 32 years-old, a beloved son, caring brother and a devoted uncle. He has a huge heart and tries his best to help others whenever possible.

Many of you know that Doug has Multiple Sclerosis. He was diagnosed in 2004 when he was 23 years-old and studying at The University of Cincinnati. His first MS attack necessitated leaving school for recovery and rehabilitation. He returned to complete his courses and graduate in 2005. Doug worked during college and after graduation for the Queen City Club in downtown Cincinnati. Over the next 9 years his MS flared multiple times in spite of medication. Doug was flare-free for nearly 5 years until he needed to stop a potent MS medication in 2011 due to the increasing danger of a life threatening side effect. In early 2012 without his MS medication he had a serious flare that has him using a rolling walker, unable to drive and dependent on others for daily needs.

Doug is a candidate for an autologous stem cell transplant to stop progression of his MS. The procedure is a clinical research program at Northwestern University in Chicago. We are confident that this is the best option for Doug at this time. Currently there is no cure for MS and medications available have only a 20 – 50 % record of preventing relapses and equally poor record for secondary progressive MS. Doug has been on several of these less than optimal medications in the past.

We sought insurance coverage for this procedure in 2012 and completed an appeal/denial process with a final denial in September. We are now seeking a response from new coverage but understand that even with approval full coverage of a research procedure is unlikely.

We anticipate many uninsured medical expenses up to and including the full cost of the transplant, approximately $125,000. We are determined that this summer is the time to move forward before any further loss of function besets Doug. At this time, the support of family and friends is critical to ensure the hope of accomplishing Doug’s transplant.

To ease the financial burden, a fundraising campaign in Doug’s honor has been established with HelpHOPELive, a nonprofit organization that has been assisting the transplant community for 30 years. All donations are tax-deductible, are held by HelpHOPELive in the Great Lakes Stem Cell Transplant Fund, and administered by HelpHOPELive for transplant-related expenses only. Your contribution would be greatly appreciated.On behalf of Doug and our family, we thank you for your kindness, generosity, support and prayers.

TERRIFIC NEWS received on 6/13 – Our insurance will cover the transplant!!!!!!!!!!!!!!!!!!!!!
We still expect a fair amount of expense on our part but the bulk of the cost will now be covered. We have therefore adjusted our goal to relect this news.
Praise God from whom all blessings flow…………….. we are so grateful for your support and prayers it is very uplifting for Doug and our family.
The Transplant is scheduled to start on Friday, June 21.

6/27/13 Update
Doug and I are in Chicago now 1/2 through the 1st part of the transplant procedure – he’s had 1 dose of chem and now on Neupogen to stimulate his stem cell production – the stem cell harvest is to be on Monday 7/1 and then we will leave Chicago for home when he has donated enough. We will return to Chicago on 7/16 for the 2nd part, more chemo and then 9 days after re infusion of his stem cells. The theory is that the chemo will destroy his current immune system (source of auto immune disease like MS) and “restart” a new immune system with the cells. He is doing well so far – more tired than usual and starting tomorrow we will have to be more careful to avoid crowds and sick folks. His hair is due to fall out late next week.
Thank you for your support and prayers.
Norah
7/14/13 Update
We have been home since 7/2 and will be headed back to Chicago on Tuesday to complete the transplant process – the harvest was very successful so 7 million stem cells are available – tho the folks in charge think 2 million is the targeted number needed. We are anxious to get there and get the next chemo over and start the recovery process. Doug’s hair started to fall out last Sunday so we buzzed the rest off – now he is a bit itchy but not shedding.
Thank you all for your ongoing support and prayers – we are awestruck by the response from so many for so many places.
Norah

I am extremely tardy in this update and I apologize. Doug got the thumbs up to leave the hospital last Thursday. His white blood cell count had reached the “outta here” number by afternoon. I had warned Lloyd Wednesday evening that we might get the OK in the morning, so when I called he had his bag packed and was ready to head to Chicago. We actually left Northwestern about 5 pm and drove out of the city and stayed near Hobart Indiana (exit 253 on I-65). There are multiple options there for food, lodging and shopping so Doug has decided we’ll stay there again.
I think Doug was so happy to be “sprung” from our enclosure that he had a whole shopping list ready to go Friday am and of course there was a Target nearby so it was after lunch before we actually got on the road to Cincinnati. Since arriving home we have been busy catching up with all sorts of stuff and not getting to the computer until now. We were able to attend church on Sunday, Doug sat in the way back pew and took communion from pew, wore a glove on his hand for passing the peace and smiled and chatted from a short distance after the service – everyone was so glad to see him and his chrome dome .
He tires fairly quickly as his red blood cell count is still low, white cell count rising and platelets in normal range now. Biggest issue is frequency and urgency with bladder – we just found out why today – he has BK virus in his urine which can cause this nuisance – usually clears on its own and hopefully not long from now. As a precaution they want him to see an infectious disease doctor here. He starts PT and OT next week to regain and build up his muscles and balance, labs weekly for 3 more weeks and then every other week for 2 months.
It is truly amazing that such a really complex procedure has relatively simple followup needed. We will return to Chicago in 6 months and then at 1 year check – with annual check for 5 years.
We remain totally in awe of this summer’s events and so grateful for the thousands of prayers for Doug and our family. THANK YOU

August 28
OMG, it has been over a month since Doug’s transplant! All is going well – just finished the weekly blood checks, moving on to bi-weekly for 2 months. Doug is involved in 2x/wk physical and occupational therapy. Seems to be getting stronger and balance improving – we are awaiting all the possible benefits of getting coordination skills to the optimum. The whole experience is starting to feel like a dream – come true. Thanks to all of you!!!!!!!!!!!!

2/9/2016 - I can't believe that it is now in the 3rd year since the transplant. I also can't believe I have neglected to update this site for so long.

last year Doug had a good annual check - "still no new lesions since before the transplant" which is amazing. He is doing well and continues to be an avid newspaper reader, internet researcher and works out a few days a week at our local recreation center. He volunteers at church in the meal ministry and assists Lloyd on special painting projects. We continue to be grateful for all of our family and friends and your ongoing support and prayers.

A quick update..... Doug had his 2015 checkup in Chicago last month and all is well. We were happy to learn that his MRI showed NO new lesions since before the transplant!!! Praise the Lord!!! His lab work was good also. We will not need to return until next year. THANK YOU ALL for your support and ongoing prayers.

It has been over a year since Doug's transplant. We had a successful checkup in Chicago in the Spring - Dr. Burt was pleased with Doug's walking unaided and suggested another round of PT. Doug has been going to PT for a few months now to help with balance and works hard to motivate around as far as he can go. We celebrated his transplant birthday on July 22nd with a favorite summer frozen yogurt pie. We had great time in Santa Claus, IN and wore him out at Holiday World with his nephews (our grandsons). We continue to thank God for the stable MS situation and pray that it stays intact. THANKS to all of you for your support.

We got back late Wednesday evening from our trip to Chicago. This was Doug's follow up visit - the 1st since the transplant last July 22nd. All in all it went very well - Dr. Burt is pleased that Doug is able to walk unaided and his lab work and MRI looked good. His MRI did show 1 new lesion but Dr. Burt believes that it was there pre-transplant since there was no MRI done just before the transplant - the last one was in March 2013. Doug will be headed back for some more PT to work on his gait and strength as he lost some ground during this cold winter when it was too cold to work out in our basement. So he'll get toned up with his spring training. Dr. Burt was comfortable enough with the findings to say that we don't need to come back in July for 1 year check, instead we'll go back in July 2015!

Thank you all for your continuing prayers and support - we know that there are so many folks cheering Doug on that all will continue to improve - they now say up to 3 years can show gains.

Time is passing so quickly it is 3 months since Doug's "new" birthday. He has graduated from PT and will now be on his own to continue physical conditioning. His labs have continued to look good - his hemoglobin is at or near his pre- transplant level.

He has managed quite well through his first cold since the transplant. Doug is even taking an online graduate business course from UC. Most of the time he walks unaided, using his rollator for longer journeys. All in all everything is progressing as predicted.

We are so grateful for everyone's ongoing prayers and support. Your generosity is incredible. THANK YOU

Hello! I set up a page for my little girl Ava. She recieved stemcells too! I wondered if you’d share her need?

You are in our prayers!

Great news that the insurance will cover the transplant. Doug and all of you are in our prayers.

We are sending all our positive energy to you. Miss you!

Hang in there Doug. Love you brother man

Note in memo:
In honor of Doug Bertschy 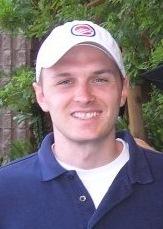