Note in memo:
In honor of Keith Smith

Keith Smith is 25 years of age and currently seeking treatment for a spinal cord injury at Project Walk. Keith is a brother, a nephew, a grandson, a beloved son, and a father of three to Joshua (age 13), Jacob (age 11), and Ethan (age 8). He has always been an active father, a caring and helpful person. Keith has always gone out of his way to help those in need and never once has he shied away from hard work. His boys look up to him and rely on him for their financial and moral support. He worked two jobs to support his family and their needs. Keith was an Emergency Medical Technician (EMT) for the local ambulance company (AMR) and he worked at a retirement home caring for patients who have Alzheimer’s and dementia.

What changed? A motorcycle., Keith’s motorcycle crashed and he has no recollection of the accident nor was there any report of a hit and run, so what happened that morning will forever remain a mystery. What isn’t a mystery is how to cope with it now. Not only did Keith suffer many physical catastrophes (he fractured his entire face, broke his neck, collar bone, ribs, collapsed lung, the list goes on) his family suffered the brutal shock of facing life without him. How would those three little boys cope?

Doctors informed Keith’s family members to take two days, say their goodbyes, wrap it up and pull the plug- he was on a life support machine at the time. According to the doctors, if Keith ever came out of his coma he’d be a vegetable; these doctors were certain of his extensive brain damage. Thankfully the family didn’t listen to the doctors, three days later Keith came out of his coma. He was on a ventilator and had a feeding tube in his stomach, again the doctors assured the family he would need these for life. He didn’t. Not only are there zero signs of brain damage, Keith has full mental capacity, he breathes freely on his own, and can eat just like anyone else, well, almost, he does need a little help to eat, but that is because he has C-5 spinal cord injury and is paralyzed from the neck down. Keith cannot use his fingers or his legs, he says it’s like being stuck in concrete- he can feel his body in there wanting to move he just needs a lot of help to get it to that point. Keith is now in a vigorous battle to regain his active lifestyle, not just for himself but for those boys of his. He still wants to coach their baseball team.

The road to recovery is a long one and it’s been a battle everyday since his accident, first with doctors, then with insurance companies (the worst was when his insurance company tried to say this was a pre-existing condition). Let’s get Keith back to being the loving father and kind person that he was. Keith and his family need your help for his recovery, to obtain successful rehabilitation at an intensive facility called Project Walk. Despite its success rate Project Walk isn’t covered by insurance, so while Keith has the ambition, motivation and determination that isn’t quite enough to see him through his recovery which is why we have created this page. Please, help him and his family to fight this ongoing battle, any contribution great or small would be most appreciated. Keith’s refusal to give up, when he could have so easily has been the most impressive! Help him with his fight. Give him a fighting chance, one the doctor’s and insurance companies wouldn’t. …

Family and friends of Keith Smith are raising money to pay for uninsured medical expenses associated with catastrophic injury. Keith has chosen to fundraise with HelpHOPELive Catastrophic Injury Fund in part because HelpHOPELive provides both tax-deductibility and fiscal accountability to contributors. Contributors can be sure that funds contributed will be used only to pay or reimburse medically-related expenses. To make a contribution to this fundraising campaign:

Note in memo section:
In Honor of Keith Smith

For secure credit card donations, click the yellow DONATE NOW button, or call HelpHOPELive at 800-642-8399. Thank you for your support!

“This is where I do my rehab. Project Walk Los Angeles.”

“Hey everyone! Just wanted to let you know my progress. I am attending Project Walk Los Angeles every other week and maintaining my recovery efforts at home. My core/trunk is returning, it’s awesome! I am using muscles that I have not since my accident. I am able to sit up on my own! It’s breathtaking to me…
We have just started a SCI support group at Project Walk. If anyone is interested please let me know.

I have just started going to a Spinal Cord Injury rehabilitation center called Project Walk. I have been lucky enough to represent Project Walk as their Ambassador.. Once a week I meet up with my therapists in Santa Monica, California. 605 Colorado Ave., Santa Monica, CA 90041.. The remainder of the week. I go hard at home in my makeshift garage gym. I want to put some rubber flooring down and reupholster my table that I do a lot of core work on. I’m hoping HelpHOPELive can help. Thank you everyone for your support! And if you know anyone with a spinal cord injury, please have them get in touch with me If they are interested in rehabilitation. 805-363-7817 – Keith

Just want you to realize that life is quick, and we must be patient because we fear it passes us by. Like chasing your tail, you can bump into your own hind-end...just thought I would further some encouragement and bring you closer to the goal. Get well soon. The turkey and fixing are on me and in the mail..

Once again I am happy to be of some help in meeting your goal. It has been six months since I became aware of your plight, and hope that as time progresses, so does this fund, and of course you too. Thank your sister once again. Her courage in this situation is noticeable as well as your own and should be recognized. Please recover, and yes I pray....amen.

I just bought a motorcycle and then saw the post. I had questioned your sister some time ago when I learned you were quadriplegic. She had a brighter answer than I expected. I am able to send off per Money Order a small contribution of 80 dollars today. I am rooting for you and shall be wanting to know your progress in the future. You may thank your sister for me.

Happy Thanksgiving Keith, you are in my prayers.

God bless and God speed in your recovery. My heart goes out to you and your family. you and your loved ones will always be in my prayers. May the Lord continue to love you and give you strength. Every day is a new day and a better day.

Note in memo:
In honor of Keith Smith 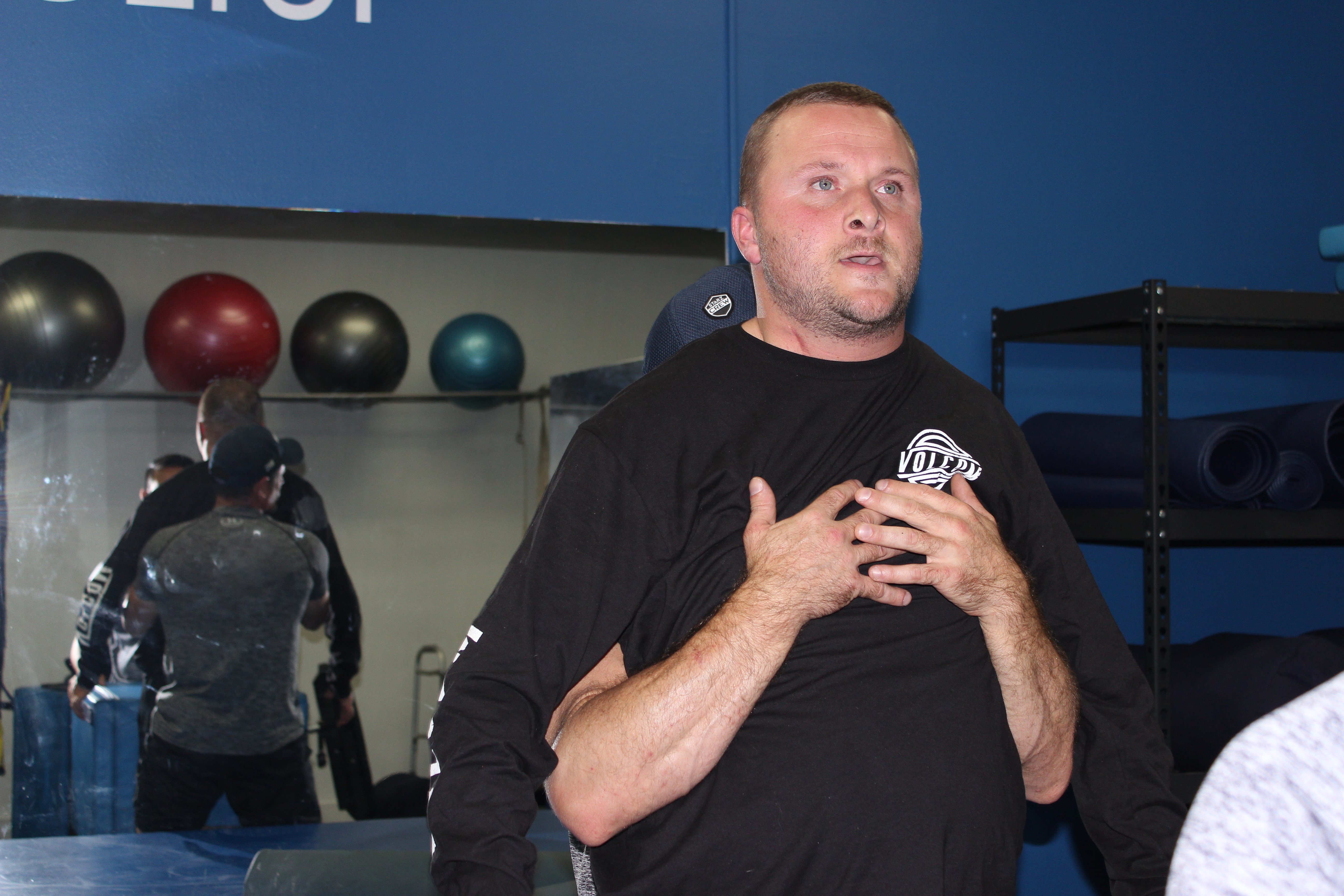